Speaking at a speech rally in Herzliya ahead of the 17 March Israeli elections, Lieberman called for axing the heads of Palestinians citizens of Israel who are not loyal to the state 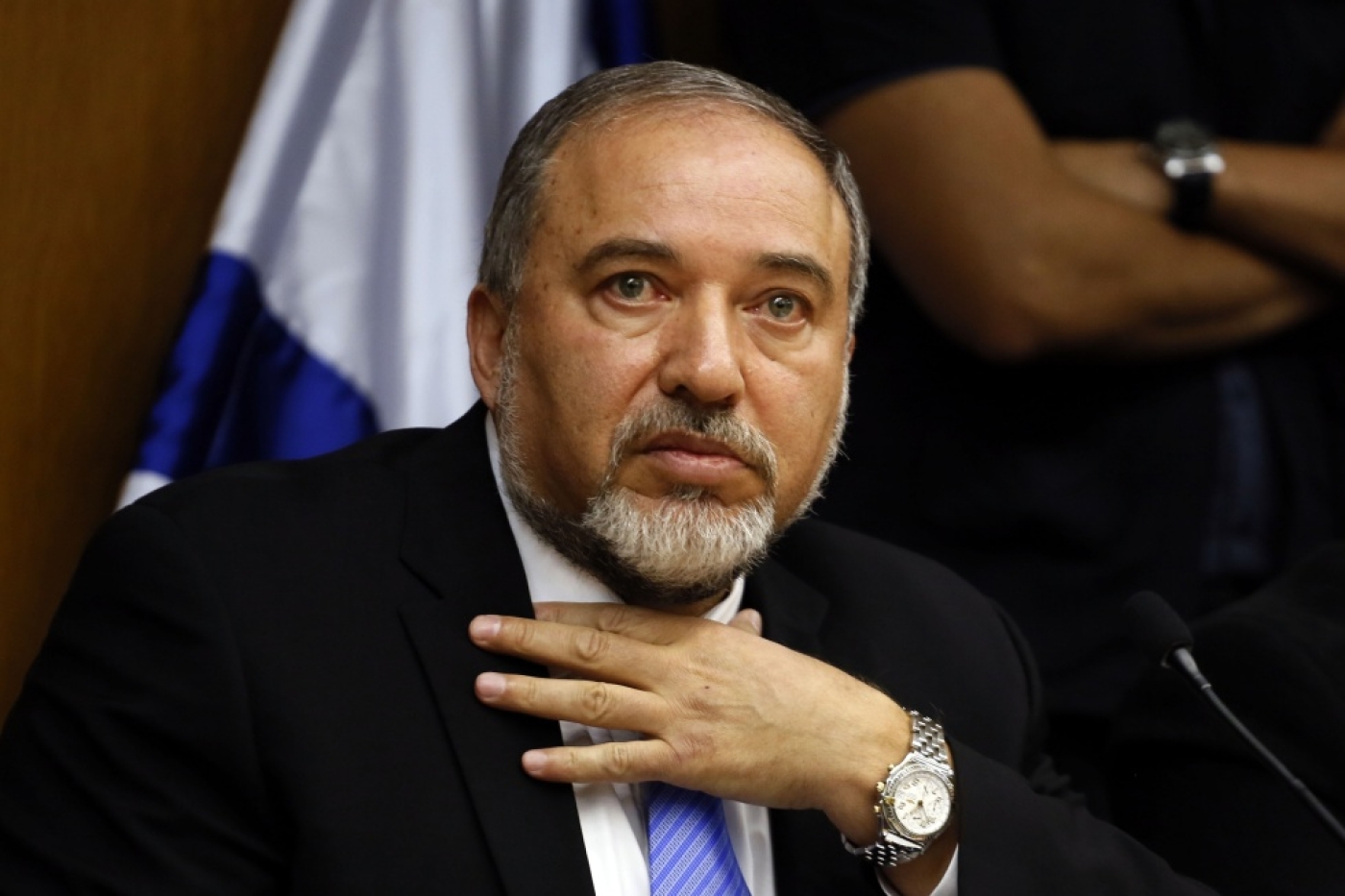 Israeli Foreign Minister Avigdor Lieberman gestures during a press conference at the Knesset in Jerusalem on 7 July, 2014 (AFP)
By
MEE and agencies

Israeli foreign minister Avigdor Lieberman has called for axing the heads of Palestinians citizens of Israel who are not loyal to the state.

Speaking at a rally in Herzliya ahead of the 17 March Israeli elections, the leader of the ultranationalist Yisrael Beiteinu (Israel Our Home) party said, “Those who are with us deserve everything, but those who are against us deserve to have their heads chopped off with an axe. Otherwise we won't survive here.”

Lieberman is known for his explicit hostility against the Palestinian citizens of Israel, who make up 20 percent of Israel’s population. In February 2007, he called for the hanging of Palestinian members of Knesset as collaborators, saying that Israel is under a dual terrorist attack, internally and externally. “Terrorism from within is always more dangerous than from without,” he said.

This follows comments he made a year earlier in 2006, where he proposed the killing of Palestinian MKs who meet with members of the Palestinian Authority.

A number of websites have kept track of Lieberman’s outrageous comments, such as the Electronic Intifada and the Huffington Post.

“There’s no reason for Umm al-Fahm to be part of the State of Israel,” Lieberman said on Sunday in reference to a town in the north of Israel heavily populated by Palestinians. “Citizens in the State of Israel who fly a black flag on Nakba Day – as far as I’m concerned they should go away, and I’ll donate them to Abu Mazen with great joy,” referring to Palestinian Authority President Mahmoud Abbas.

Lieberman, the only Israeli minister to live in a settlement in the West Bank, has previously favoured resettling the populations of Palestinian towns within Israel to the future Palestinian state.

Palestinian MK Ahmad Tibi, of the Arab parties’ Joint List coalition, compared Liberman’s comments to those made by the Islamic State group (IS).

The Joint List “will remove racists’ and fascists’ heads only through democratic means - bringing as many [Knesset] seats as possible and active participation in the election”, Tibi was quoted as saying on Monday. “The stronger we are, the weaker the Jewish Islamic State will be.” 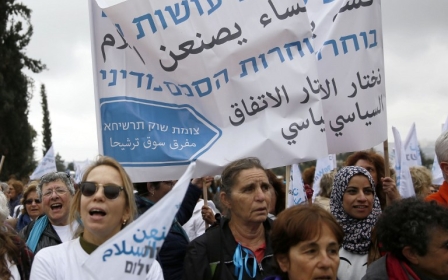 Inside Israel
After decades of conflict, Israeli women say 'enough'