Life in the Syrian city of Hasakeh, divided between allied Kurdish and Syrian government forces, comes at a price: two lots of military service and double the taxes.

"I finished my compulsory military service in the government army four years ago. The YPG are demanding that I complete their six-month compulsory service," the 28-year old told the AFP news agency.

"But I have a wife and children, and I can't be away from them for that long."

Control of Hasakeh city - and other parts of the province by the same name - is divided between Kurdish militia and forces loyal to President Bashar al-Assad.

Separate government and Kurdish-run institutions create a labyrinth of administrative processes, where residents living under one authority are afraid of crossing into the other's territory.

And where the two authorities overlap, civilians are forced to submit to both to stay out of trouble.

In the majority-Kurdish town of Amuda, 85 km north of Hasakeh, Aziz has not seen his mother - who lives in a government-controlled zone of Hasakeh - in two years.

"I'm too scared to visit because I have to pass through a regime checkpoint, and they would force me to do the compulsory military service," Aziz, who has completed his YPG service, tells AFP.

"Why do we, the residents of Hasakeh, have to spend our lives on the front lines and submit to double the military service?"

After government troops withdrew from Kurdish-majority areas in 2012, a year after Syria's civil war broke out, local forces, including the YPG and its political arm, the Democratic Union Party (PYD), stepped in to fill the void.

Damascus continues to pay the salaries of government employees and to provide province-wide electricity and water, and it has left government troops deployed in some areas.

In 2013, the PYD announced three autonomous Kurdish areas: Hasakeh province, which the Kurds call Jazire, and Kobane and Afrin in Aleppo province.

"Every resident under Kurdish control, whether Arab or Kurd or Assyrian, between the ages of 18 and 30, must come to us to get their papers in order to serve in the YPG's ranks," said Redwan Mohammad Sharif, head of the YPG's Military Service Unit.

Military identification papers for the YPG force were piled on his desk.

"People who served in the government's army are not exempt from the compulsory service in the autonomous administration," Sharif said.

Less than a kilometre away, posters of Assad and flags of his ruling Baath party adorn the government's imposing recruitment building.

Bilal, an administrative assistant reclining under an umbrella to avoid the beating sun, also said the government does not recognise military service completed with the YPG.

Khalil Khalil, a university student in his 20s, completed both service requirements to have more freedom of movement.

"I finished the army's military service in 2004, and I didn't think that one day I would pick up a gun or wear military gear again, but I didn't have a choice," Khalil said.

Mansur Usi, 56, also holds two military IDs, as well as two driver's licences and two licence plates for his car - a white government plate, and another green one for the YPG.

The Kurdish taxi driver and former government employee moves freely between Hasakeh city and Qamishli, a Kurdish-majority city to the northeast.

In Qamishli, local shopowners had scores of complaints.

Some stores in Kurdish-controlled areas stopped paying government taxes, while those in areas with overlapping authorities have been charged twice.

Bahfared, 50, owns a pharmacy in one of the areas where both government and Kurdish administrations have influence.

"We suffer from the presence of two authorities: the first belongs to the government's Pharmacists Syndicate, where we pay yearly subscription fees," Bahfared said.

"And now there's also a second side ... issuing me tickets because they say my prices are too high," he said, in an apparent jab at Kurdish forces.

A man who runs a cell phone store said he pays monthly government taxes as well as a weekly fee for Kurdish authorities to clean the streets outside.

"We are bothered by both sides ... Life in this canton means being hurt by both of them." 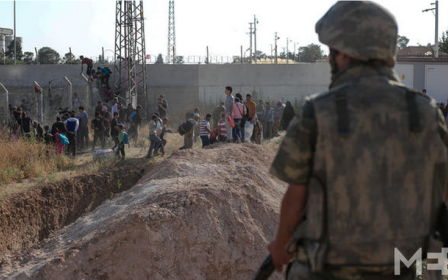 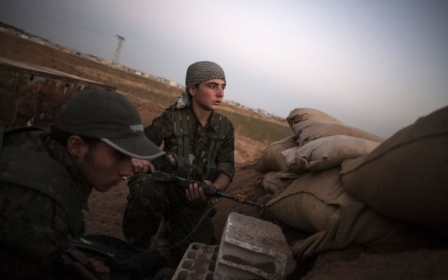