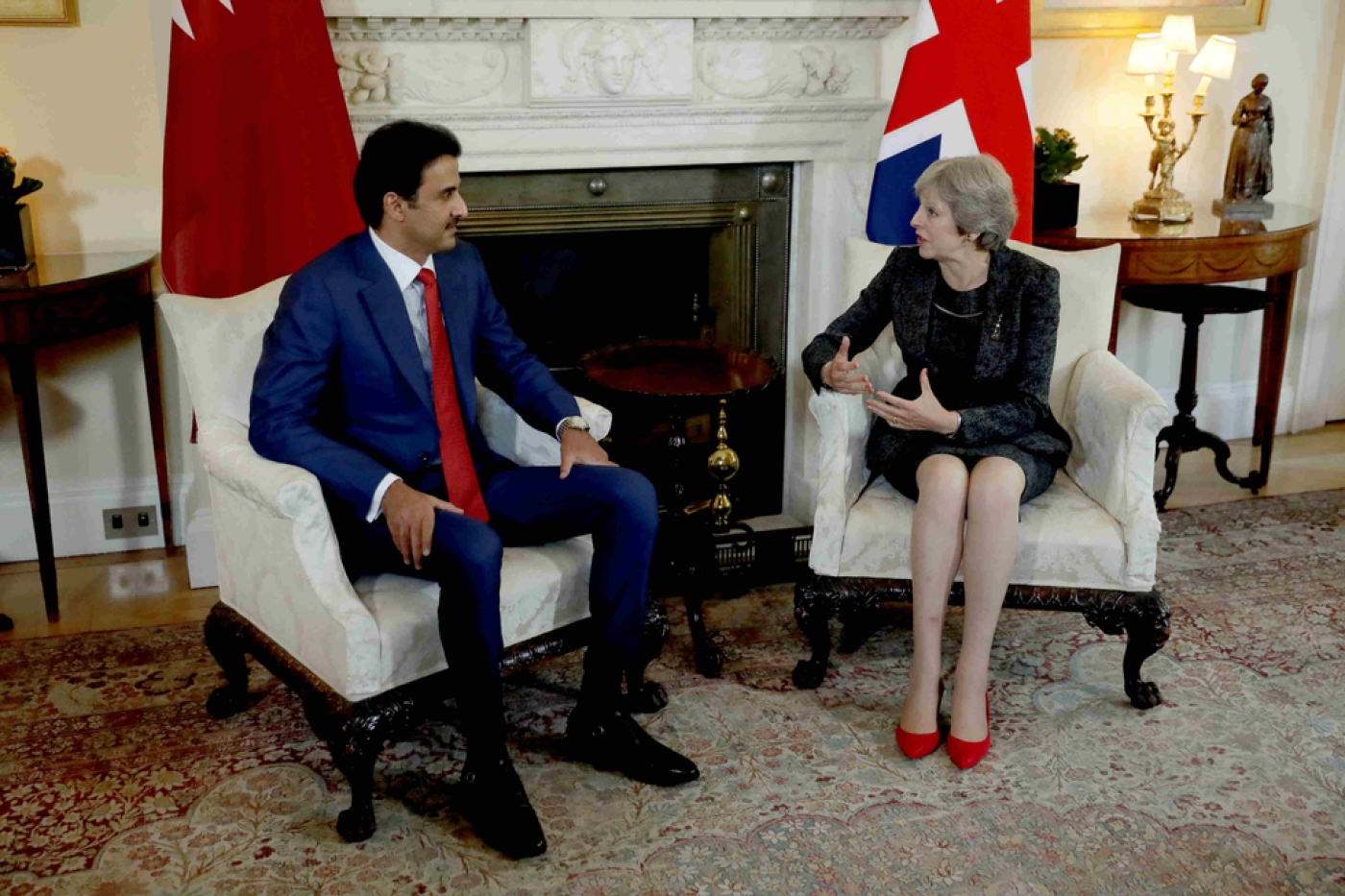 LONDON- Journalists looked on in despair as a scheduled 500-strong protest against Qatari Emir Tamim bin Hamad al-Thani in London was a no-show on Tuesday.

The demonstration, which had been expected to take place at 11 am, appeared to have been scuppered by media reports suggesting that a PR firm had sought to hire extras from a theatrical talent agency to bolster numbers.

Journalists and veteran human rights campaigner Peter Tatchell were the only people in attendance at the proposed protest on Whitehall, which was scheduled to coincide with Thani's meeting with British Prime Minister Theresa May at her nearby Downing Street residence.

"Theresa May has to do more than meet and greet. She must press the Emir on reversing the repression of internal dissent, the mistreatment of migrant workers, and of course the persecution of LGBT+ people" Thatchell told Middle East Eye.

When asked about the lack of attendance, the activist said he was "surprised and "want to find out the full story."

Adding to the confusion, Tatchell subsequently posted a tweet criticising May for meeting Thani, but posted an image of anti-Qatar banners which had previously been widely used to illustrate stories about anti-Qatar protests in New York in September last year.

Tatchell's tweet did not suggest that the image was taken at protests in London on Tuesday.

Earlier, acting agency Extra People LTD said it had been contacted by a company called Neptune PR with a request to provide 500 people to attend an anti-Qatar event outside Downing Street, although Neptune subsequently denied doing so in a tweet.

Emails sent out to actors on Extra People's database offered participants $26.23 (£20) per hour, and said they would "not have to do or say anything, they just want to fill space".

But the acting agency said it had pulled out at the last minute, citing an "error in judgement" for taking on Neptune PR's contract.

Here's a picture of the 500 strong demonstration against/for the Qatari Emir in London. pic.twitter.com/TyG6IE3EzH

"We do not wish to be involved whatsoever with those involved and apologise profusely for the lapse in judgement," Extra People said in a statement.

"This was an error in judgement, and as soon as we as a company became aware of what the job involved, we immediately withdrew our involvement."

We totally repute that Neptune PR
was in anyway shape or form, engaged or associated with any such company @extrapeopleltd

Such accusations are liable to led to legal action.

The PR agency demanded evidence to back up Extra People's claims and said that "such accusations are liable to led to legal action. Therefore we shall consult our lawyers."

"We demand you to provide a shred of evidence to support this outrageous claim," Neptune PR wrote on Twitter.

"Can you provide an email trail to Neptune PR, a contact number or a contact from Neptune PR?"

Extra People responded by posting an image which it said was a "screengrab of the person asking to hire people via EP, giving Nepture PR Ltd, as the company details for invoicing".

A screengrab of the person asking to hire people via EP, giving Neptune PR Ltd, as the company details for invoicing. We withdrew our involvement shortly after. Full email chain is with our lawyers. pic.twitter.com/uED32Mzx9u

Billboards condemning Qatar and accusing it of funding terrorism also popped up across London on Monday.

Signs with "Should they be welcome in the UK?" and #OpposeQatarVisit" were seen in parts of east London along with vans bearing the message "Qatar sponsors terrorism."

Vans bearing the hashtag #WelcomeSaudiCrownPrince and describing Salman as "bringing change to Saudi Arabia" were also seen across London.

The advertising battle between #Qatar and its former friends and neighbors in the Middle East (read #SaudiArabia and #UAE) continues, now in London as the emir of Qatar visits the UK. #OOTT pic.twitter.com/6Zr6CSKyIa

Thani's visit to Britain comes as Doha continues to grapple with the Saudi-led blockade on Qatar.

The blockade was imposed by Saudi Arabia, Bahrain, Egypt, and the United Arab Emirates in 2017 after it accused Qatar of sponsoring terrorism in the region - claims Doha has denied.

On Monday, approximately 150 protesters held demonstrations outside Qatar's embassy in London and the Houses of Parliament where al-Thani was visiting.

Middle East Eye reported earlier this year that the United Arab Emirates' National Media Council had hired a subsidiary of the disgraced Cambridge Analytica (SCL) to run a social media campaign against Qatar.

His visit also comes as the UK government continues to figure out how to exit the European Union.

Supporters of "Brexit" have argued that leaving the EU will allow the UK to find better trade deals beyond the European continent.

In a recent White Paper, the UK government said it had set up a working group to explore the possibility of a trade partnership with the Gulf Cooperation Council.

"They discussed a range of regional security issues and the Prime Minister reiterated our strong desire to see Gulf Cooperation Council unity restored at the earliest possible opportunity, observing that Gulf security is our security," the spokesperson said.

On the same day, Britain also signed a deal with Bahrain, in a move to strengthen bilateral cooperation on defence, security, human rights, and trade. 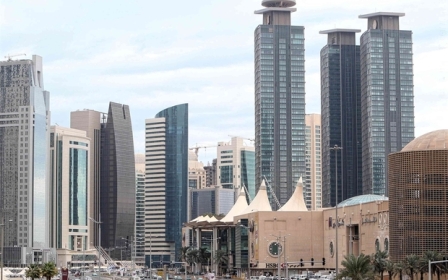