Max Hill, who prosecuted 21/7 plotters, to succeed David Anderson who had used post to highlight concerns about government's Prevent strategy A top barrister who represented the British government in proceedings involving Britons detained in Guantanamo Bay has been appointed by Home Secretary Amber Rudd as the UK's new independent terrorism legislation watchdog.

Max Hill, who also has a track record as a prosecutor in high-profile terrorism trials including cases involving a failed attempt to bomb the London transport network in 2005, will take up the role on 1 March, the Home Office confirmed on Monday.

Hill will replace human rights lawyer David Anderson who had held the post since 2011 and had recently used the post to highlight concerns about the government's Prevent counter-extremism strategy.

The independent reviewer of terrorism legislation compiles annual reports on the impact effectiveness and appropriateness of terrorism laws for the government and for parliament and has access to intelligence and security agency material which is unavailable to the public.

Announcing Hill's appointment, Rudd said: "With the threat from terrorism continuing to evolve and diversify, it is vital we have robust oversight to ensure our counter-terrorism laws are fair, necessary and proportionate. Mr Hill brings a wealth of experience and legal expertise to help deliver this.

"I am grateful to David Anderson QC for his service as Independent Reviewer and thank him for his considered reports and valuable analysis."

Hill said: "I am very pleased to have this opportunity, which comes at a time of heightened concern about the risk from terrorism which we all face in the UK. As a practising barrister with experience in both counter-terrorism and the rights of citizens facing allegations of serious crime, I look forward to working with participants at all levels and from all sides."

Hill's Red Lion Chambers said that he had built a reputation prosecuting in "many of the most significant terrorism trials of the past two decades. This includes the last IRA case in the UK, a series of al-Qaeda and then ISIS [Islamic State group] terrorist trials from 2004 to date, and all three trials resulting from the ‘21/7’ plot".

The 21/7 plot refers to the attempt by four men to explode bombs on underground trains and buses in London on 21 July 2005, two weeks after a similar plot left 52 people dead.

According to a profile on the Red Lion Chambers website, Hill was also "instructed by the Treasury Solicitor on behalf of the Government in proceedings relating to the detention of British nationals in Guantanamo" and has made "appearances on behalf of the Home Secretary in terrorism Control Order cases".

It cites the case of Binyam Mohamed, a British resident and former Guantanamo detainee who was paid £1 million by the British government in 2011 to settle his claim that the UK was complicit in his torture under interrogation while being held at the US military base.

David set a high standard of independent scrutiny which I strive to follow: I need to listen and learn from all

Anderson had called for his successor to be appointed more openly than previous holders of the post, revealing that he had been invited to take up the role by "three strangers... [who] gained access to my Chambers by subterfuge", and also suggested that he believed the government should break the mould by appointing someone other than another "white male".

“It would be good to have a really strong list of applicants – not limited to the white males who have done the job since the 1970s," he wrote in December in a statement announcing his decision to step down.

Anderson tweeted congratulations to Hill, who he said was "well regarded".

Congratulations to the very well-regarded@MaxHillQC, who will be @terrorwatchdog from 1 March. No
further comment. https://t.co/KW213j43F3

Anderson's contribution to the debate over Prevent has included calling for an independent review of the strategy and "significant reform" to address complaints that it is discriminatory against Muslims, although he conceded that counter-extremism policy fell beyond the remit of his role.

In an interview with ITV television on Sunday, Anderson said: "It’s very frustrating for me. I don’t review Prevent, there is actually no independent reviewer of Prevent. I think there should be. But whenever I talk to Muslims and whenever I talk to MPs, Prevent is what they want to talk about."

In an essay assessing Anderson's impact, Middle East Eye's Peter Oborne said he had been a "voice of sanity, and a force for good" but would step down a "disappointed man".

"His recommendations to reduce the scope of the terrorism acts have been systematically ignored by ministers. The Prevent strategy sails on, despite Anderson's criticisms, and the government seems to be on course to press forward with counter-extremism legislation," wrote Oborne.

But critics of the Prevent strategy, who call for its abolition, say that Anderson's criticism did not go far enough.

Responding to an article he wrote last week in the Evening Standard newspaper in which he proposed that community trust in Prevent needed to be restored in order for the strategy to be effective, Cage, the civil liberties advocacy group, said that Anderson had been "too accommodating of government policy".

"His intervention in favour of the discredited policy, brings into question the impartiality of terrorism reviewers, past and present, and whether they provide any genuine opposition or criticism of counter-terrorism legislation," Cage said in a statement.

"By failing to even acknowledge the toxic approach at the heart of Prevent, which facilitates an unequal two-tier justice system – one for Muslims, another for everybody else – Mr Anderson is not advocating real change, but simply calling for Prevent to be wrapped up in a different guise."

The government is currently reviewing its counter-terrorism strategy. 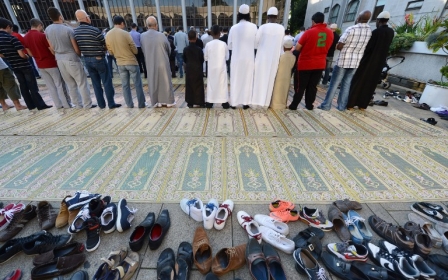 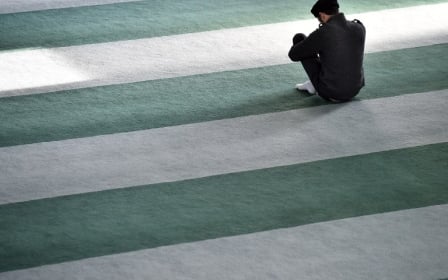