Maliki emerges atop Iraq poll in bid to remain PM

Maliki's State of Law party wins the most seats in Iraq elections, but falls short of the overall majority needed to form a government 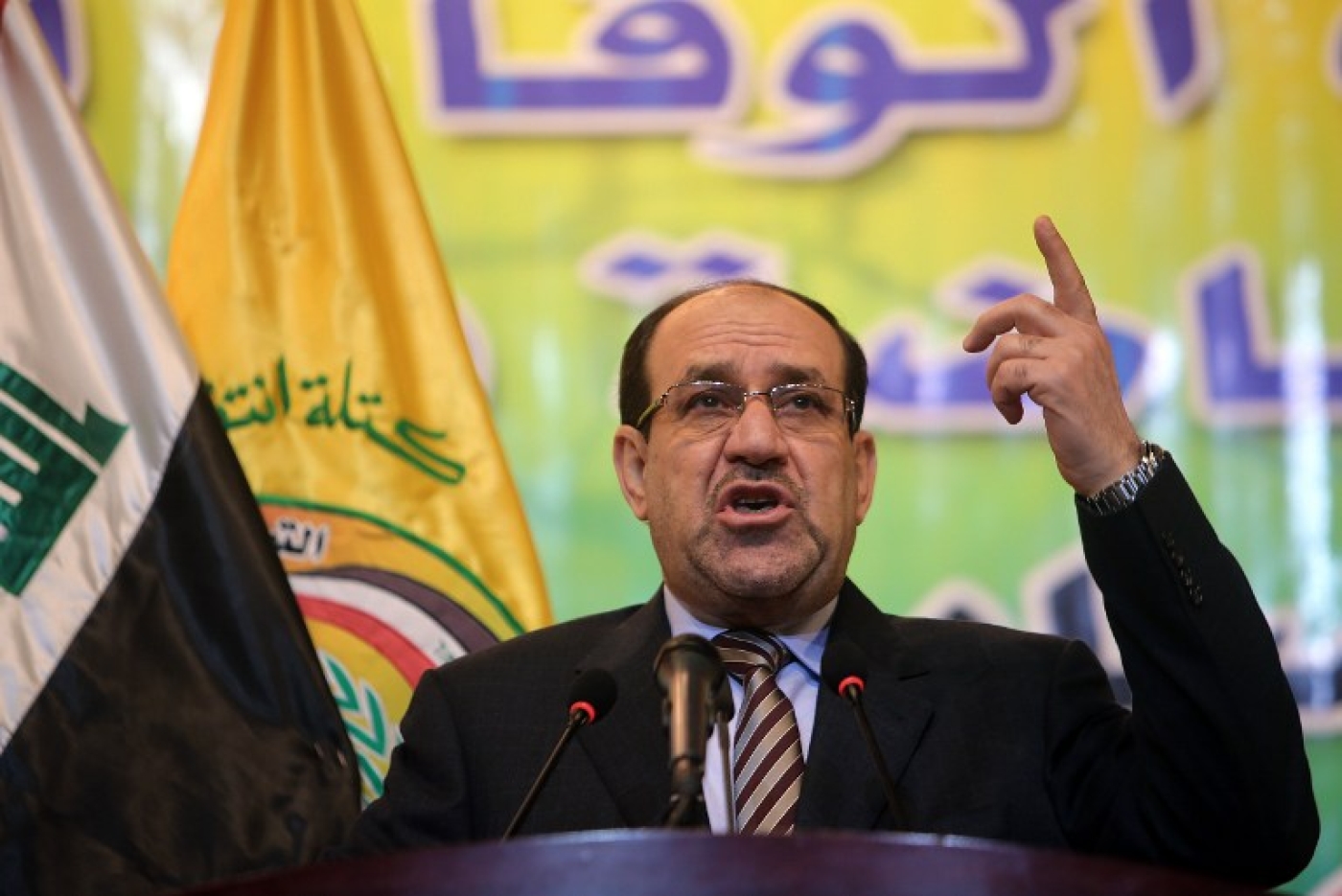 Iraqi Prime Minister Nuri al-Maliki won the most seats in parliamentary elections, results showed Monday, putting him in the driver's seat for a third term despite vocal opposition.

However, his State of Law alliance fell short of an overall majority, meaning Maliki will have to court rivals from across the communal spectrum, some of whom have sharply criticised him and refused to support his bid for re-election.

Results from the election commission showed State of Law garnered 92 out of 328 parliamentary seats, with Maliki himself winning more than 721,000 personal votes.

Both were by far the highest such figures from the 30 April vote - the first since US troops withdrew from Iraq at the end of 2011 - and marked significant increases compared to Maliki's performance in the last general election in 2010.

"This sets Maliki up for a third term," said Ayham Kamel, Middle East and North Africa Director at the Eurasia Group consultancy. "It won't be without challenges, but ... the results make me even more confident that Maliki is going to be prime minister again."

Maliki's bloc won 30 seats in Baghdad alone, and came first in 10 out of 18 provinces overall, all of them in the premier's traditional heartland in the Shiite-majority parts of southern Iraq.

After the results were announced, celebratory gunfire could be heard inside the heavily-fortified Green Zone in central Baghdad, that is home to Maliki's official residence as well as the US and British embassies.

His main rivals all finished with between 16 and 33 overall seats, according to an AFP tally of election commission results.

The results announced Monday can still be challenged and could change before they are finally certified by the country's supreme court.

Both the US embassy in Baghdad and the UN mission to Iraq welcomed the results, with Washington saying it was "a testament to the courage and resilience of the Iraqi people, and another milestone in the democratic development of Iraq."

Iraq's political parties have for weeks been meeting and manoeuvring as they seek to build post-election alliances, but the formation of a new government is still expected to take months.

As in previous elections, the main blocs are expected to agree on an encompassing package that ensures the prime minister, president and parliament speaker are all selected together.

Under a de facto agreement established in recent years, the prime minister is a Shiite Arab, the president is a Kurd and the speaker of parliament a Sunni Arab.

After the last polls, it took nine months to form a government as parties engaged in protracted horse-trading and several blocs tried to oppose Maliki's bid for re-election.

Voters often complain of poor electricity and sewer services, rampant corruption, high unemployment and a litany of other concerns, but the month-long campaign preceding the vote concentrated on Maliki's bid for a third term.

Maliki's critics accuse him of consolidating power, particularly within the security forces, and blame him for a year-long deterioration in security, and say there has not been enough improvement in the quality of life.

The election and its aftermath came amid a surge in violence that has killed more than 3,500 people this year, fuelling fears that Iraq could be slipping back into the all-out conflict that cost tens of thousands of lives in 2006 and 2007.

In particular, the 63-year-old faces strong and vocal opposition in the Sunni-dominated west and the Kurdish north, with rivals there insisting they will not agree to a third term.

Maliki, who has been in charge since 2006, blames external factors such as the war in neighbouring Syria for the surge in unrest, and says his so-called partners in government snipe at him in public and block his legislative efforts in parliament.

The run-up to the election was plagued by attacks on candidates and campaign rallies, as well as allegations of malpractice that apparently contributed to lower turnout in areas populated by disgruntled minority Sunnis.

More than 9,000 candidates ran for the 328 seats in parliament, with about 62 percent of eligible voters casting ballots.

Here is a list of the main parties that won seats in the 328-member Council of Representatives, with the number of seats in parentheses.

Citizens (29) - A Shiite Arab party formerly known as the Supreme Iraqi Islamic Council, which is seen as close to Iran.

Kurdistan Democratic Party (25) - The party of Kurdish regional president Massud Barzani. This includes another party loyal to the KDP.

Patriotic Union of Kurdistan (19) - The party of ailing President Jalal Talabani, who is Kurdish.