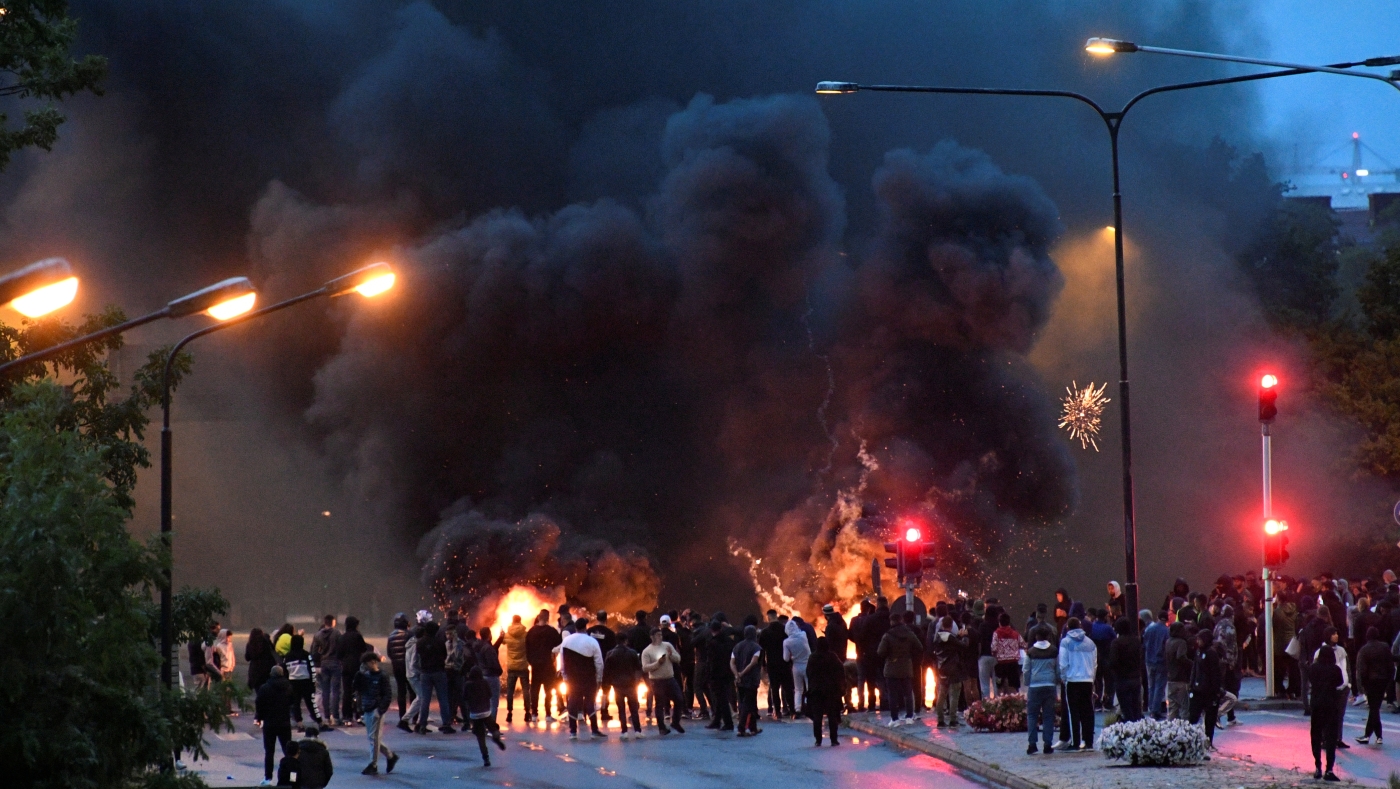 Smoke billows from the burning tyres, pallets and fireworks during a riot in the Rosengard neighbourhood of Malmo, Sweden, on 28 August 2020. (TT News Agency/Reuters)
By
MEE and agencies

A riot erupted as at least 300 people protested against anti-Islam activities in the Swedish city of Malmo on Friday, police said.

Protesters threw objects at police officers and set car tyres on fire, with violence intensifying as the evening wore on, a police spokesperson said.

The police said the protests were linked to an incident earlier in the day in which right-wing extremists burned a copy of the Quran, the Islamic holy book.

"We don't have this under control, but we are working actively to take control," police spokesman Rickard Lundqvis said.

He added that the protests had escalated in the same area where the Quran had been burned.

"We see a connection between what is happening now and what happened earlier today."

Rasmus Paludan, leader of Danish far-right political party Hard Line, was due to travel to Malmo, Sweden's third-largest city, to speak at the far-right rally, which was being held on the same day as Muslim Friday prayers.

Authorities pre-empted Paludan's arrival by announcing he had been banned from entering Sweden for two years. He was later arrested near Malmo.

"We suspect that he was going to break the law in Sweden," Calle Persson, another police spokesperson in Malmo told AFP.

"There was also a risk that his behaviour... would pose a threat to society."

Daily Aftonbladet said several anti-Islam activities took place in Malmo on Friday after the ban on Paludan, including three men kicking a copy of the Quran between them in a public square.

Three people were arrested at the anti-Islam events for inciting racial hatred.