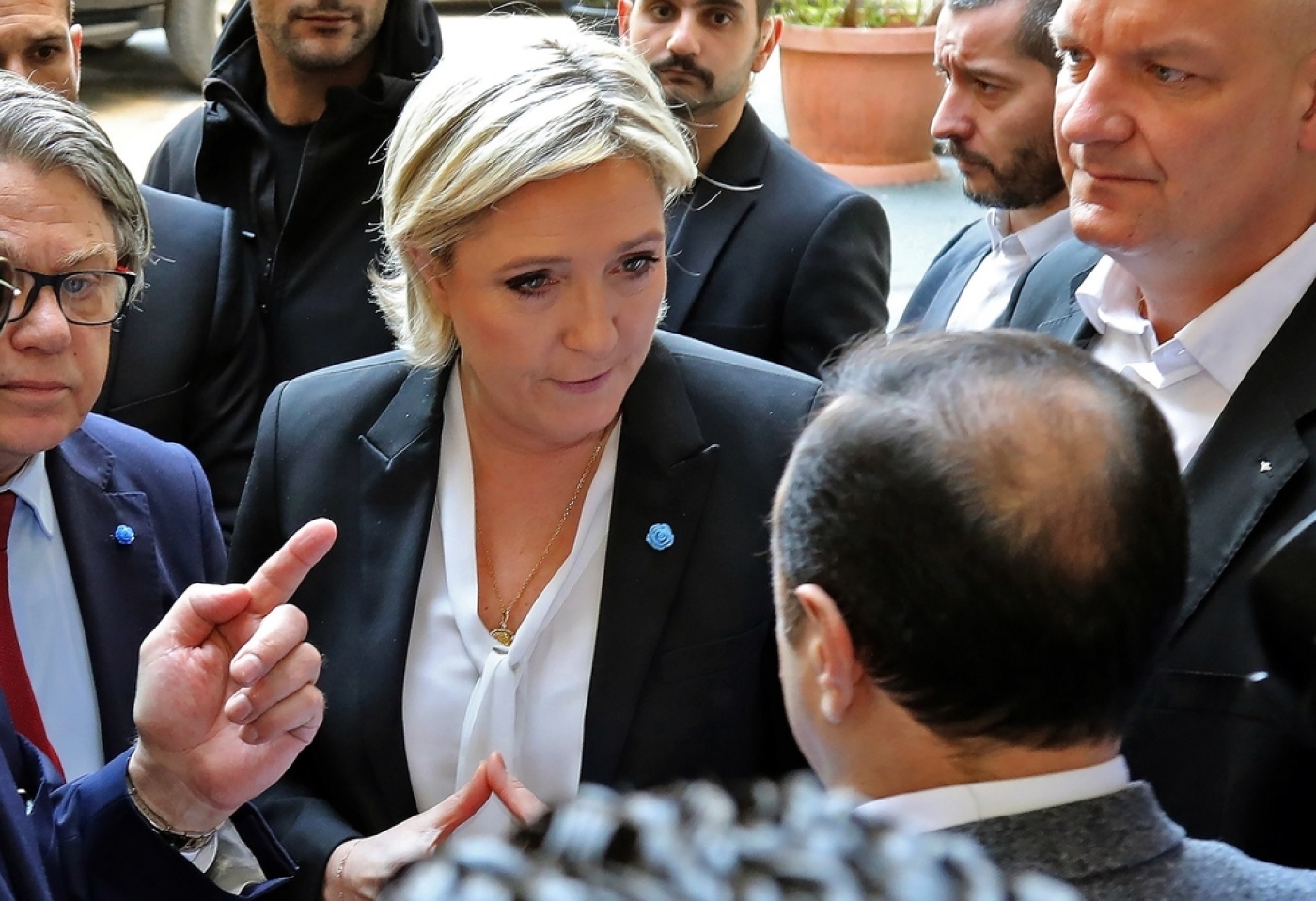 Marine Le Pen (C) reacts upon being handed a headscarf ahead of her meeting with Grand Mufti Sheikh Abdul Latif Derian, in Beirut on 21 February (AFP)
By
AFP

When she arrived at Sheikh Abdellatif Deryan's office in Beirut, the National Front candidate was offered a shawl to cover her hair.

But she promptly refused and made a brief statement to journalists before leaving.

"The highest Sunni authority in the world had not had this requirement, so I have no reason to," Le Pen said, referring to her 2015 visit to Al-Azhar, the prestigious Egyptian institution of Sunni Islamic learning.

"But it does not matter. You will pass on to the grand mufti my consideration but I will not veil myself," the candidate said.

In a statement on Tuesday, the body said "its press office had informed the presidential candidate, through one of her assistants, of the need to cover her head when she meets his eminence, according to the protocol assumed by Dar al-Fatwa."

Tuesday is Le Pen's last day in Lebanon, where she met a foreign head of state for the first time - President Michel Aoun.

Islamic dress is a hot-button issue in France, where the full-face veil is banned in public places.

Shunned by European leaders over her party's stance on immigration and its anti-EU message, Le Pen's meeting with Aoun aimed to boost her international credibility.