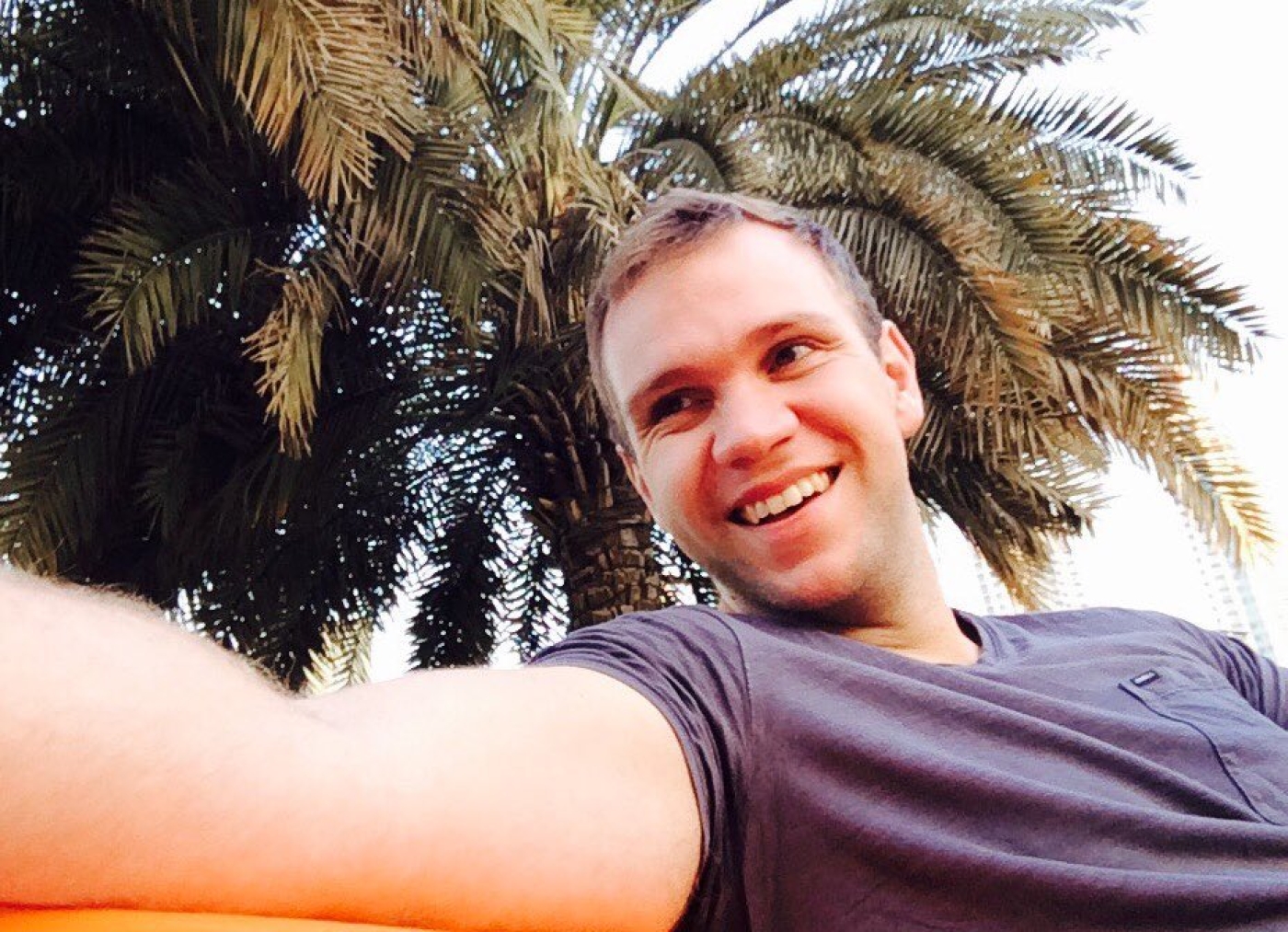 The wife of imprisoned British PhD student Matthew Hedges has blamed the UK government for failing to help her husband, a day after he was sentenced to life in prison in the United Arab Emirates.

Speaking to the BBC Today programme on Thursday, Daniela Tejada said that the British had been too fearful of upsetting their ties with their close ally.

"I got the impression that they were putting their interests with the UAE above a British citizen's rightful freedom and his welfare and his right to just a fair trial, just to freedom," she said.

"They were stepping on eggshells instead of taking a firm stance."

Hedges, 31, has lived in the UAE on and off since he was nine years old. He was in Dubai researching the UAE's foreign and internal security policies. He was originally arrested in May and spent months in solitary confinement with little consular access or contact with family members.

In a verdict that shocked his family, he was sentenced to life in prison on Wednesday for "spying", after a five minute hearing during which no lawyer was present.

Following the verdict, UK Foreign Secretary Jeremy Hunt said he was "deeply shocked" by the sentence, while Prime Minister Theresa May said she was "deeply disappointed" and had instructed the foreign office to "continue to press this matter at the highest level with the Emiratis".

Perhaps more tellingly, Hunt also tweeted: "UAE claim to be friend & ally of the UK so there will be serious diplomatic consequences. Unacceptable."

Tejada was set to finally meet with Hunt on Thursday, despite having put in a request to meet with the foreign secretary as early as June. A foreign office spokesperson told MEE in late October that a meeting was due to be arranged, but no movement was made until after the announcement of the life sentence.

A spokesperson for the Hedges family told MEE that there needed to be a change in attitude towards the UAE, and discussion was ongoing with other academics about how to approach working on UAE campuses.

“We don’t want to damage other academics and their research, but we do want more openness about the truth and the reality of the situation in the UAE," she said.

“The foreign office had no kind of travel warning of any kind - Matt put in all the correct academic information that he needeed to, the uniiversity signed everything off, he followed every single procedure that was advised of him, and this still happened.”

In response to a question about whether they would be changing their travel advice for the UAE, a spokesperson for the British foreign office said they kept their "travel advice under constant review."

University and Colleges Union (UCU) members at Birmingham University, which has a campus in Dubai, announced on Thursday that they had voted not to accept any work there.

"UCU members at the University of Birmingham are outraged at the sentence of Matthew Hedges and the university's refusal to address the serious issues we have raised regarding its campus in Dubai," said UCU Birmingham branch president James Brackley, also referring to a decision taken at the Dubai campus to water down a committment to LGBT rights.

"The university must now engage meaningfully with us to provide guarantees about the safety and academic freedom of staff and students in Dubai."

However, Dominic Benson, deputy director of communications at Birmingham University, told MEE on Wednesday that the university's "thoughts were with the family", but that it would not be drawn on whether the news of the arrest would impact the management of the campus.

Benson said that extensive advice already existed on the university's website for students working in Dubai.

On Wednesday, the UAE's attorney general Hamad al-Shamsi said the verdict against Hedges was not "final," pointing out that he had 30 days to appeal the sentence.

“Today’s sentence is not final,” Shamsi said, according to the National. “The accused has the right to appeal ahead of the federal supreme court.

“This is one of the most important guarantees of the UAE’s just courts and is according to the UAE’s doctrine.”

He added that Hedges had "confessed in detail to his crimes during investigations".

Hedges' family have denied all the accusations against him, and said he was forced to sign a confession in Arabic while under duress.

"Matthew does not speak or read Arabic", they said, in a statement.

Yesterday in the UK's parliament, Crispin Blunt, a Conservative MP, asked Theresa May about the case, saying: "A number of us will note the irony of a former MI6 officer who works in the outer office of the de facto ruler of the UAE, who has organised many of the excellent visits from this House to the UAE".

Blunt is believed to have been referring to Will Tricks, a former soldier thought to have been hired directly from the British intelligence agency MI6 by Abu Dhabi's Crown Prince Mohammed bin Zayed.

For his part, Matthew Hedges is not the first foreign national to be arrested in the UAE on accusations of spying or having links to outlawed organisations.