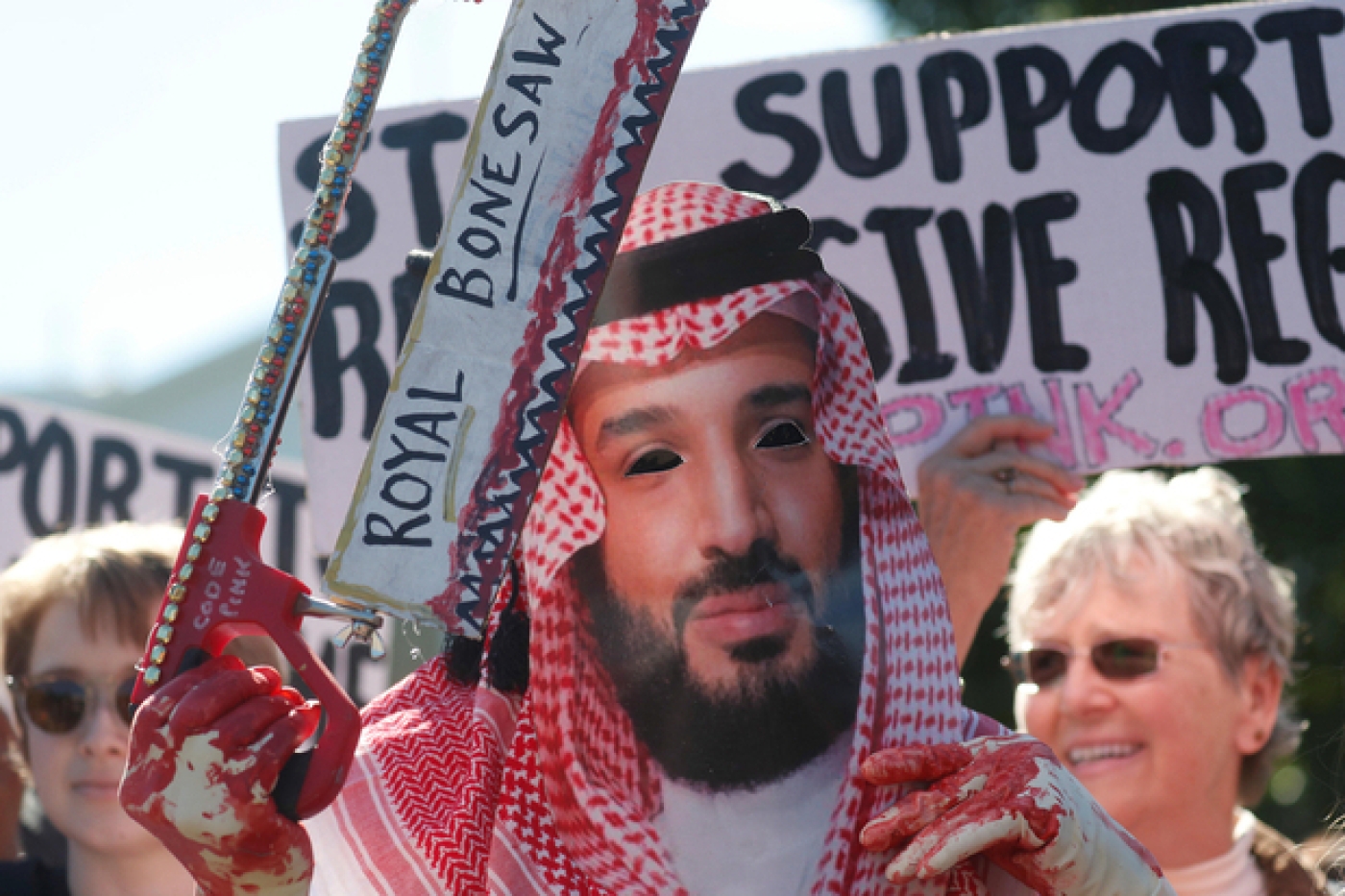 The Tiger Squad operated under the guidance and supervision of Mohammed bin Salman, the Saudi crown prince (AFP)
By
MEE and agencies

A covert Saudi death squad that Middle East Eye exposed in October has been involved in the detention and abuse of about a dozen women's rights activists who were detained last spring and summer, according to a US newspaper.

MEE revealed last year that the Firqat el-Nemr, or Tiger Squad, had been involved in the surveillance, kidnapping, detention, torture and murder of  Saudi citizens - including the journalist Jamal Khashoggi.

The squad operated under the guidance and supervision of Mohammed bin Salman, the Saudi crown prince, who the CIA believes ordered the murder of Khashoggi last year.

According to the New York Times, US officials who have read classified intelligence reports say the Tiger Squad, which they refer to as the Saudi Rapid Intervention Group (SRIG), was involved in at least a dozen operations to silence dissenters, starting in 2017.

The NYT said the SRIG sometimes operated in palaces belonging to Mohammed bin Salman, often referred to as MBS, and his father, King Salman.

The targets included the women's rights activists who were arrested last May in the weeks before a ban on women driving cars in the kingdom was lifted.

Loujain al-Hathloul, who had been jailed for trying to drive her car into the kingdom from the United Arab Emirates, Eman al-Nafjan, a linguistics lecturer and Aziza al-Yousef, a retired computer science professor, were among those detained.

According to Hathloul’s sister, Alia, the women were at first detained informally in what appeared to be an unused palace in Jeddah.

Activists groups say some of them, including Hathloul, were held in solitary confinement and subjected to mistreatment and torture, including electric shocks, flogging and threats of rape and murder.

In an Op-Ed article for the NYT in January, Alia said that Saud al-Qahtani, one of MBS's closest aides who ran the SRIG and is accused of helping to plan Khashoggi's murder, was "present several times" when her sister was tortured, and that he threatened to kill her and throw her body in the sewer. The treatment was so harsh that Nafjan tried to commit suicide, according to a US intelligence assessment, the NYT reported.

The activists were later moved to the Dhahban Prison in Jeddah, where the physical abuse stopped and their relatives were allowed to visit, Alia said.

The three women were among 10 women who appeared before the criminal court in Riyadh, the Saudi capital, on Wednesday.

Reporters and diplomats were barred from attending the session and the government did not announce the charges against them.

At the time of the arrests, the public prosecutor said five men and four women were being held on suspicion of harming the country's interests and offering support to hostile elements abroad.

In 2017, MBS locked hundreds of princes, businessmen and former officials in Riyadh's Ritz-Carlton hotel on what the government said were accusations of corruption.

Many of those detained at the hotel were subject to physical abuse, and one died in custody, according to witnesses.

The NYT said while it was not known whether members of the SRIG were involved in the abuse, Qahtani and Maher Abdulaziz Mutrib were at the hotel, helping pressure detainees to sign over assets, according to associates of detainees who saw them. Mutrib, who is accused of involvement in the killing of Khashoggi, is a diplomat and major general who has frequently been seen travelling with MBS, including on tours of Boston, Houston and the United Nations in New York.

A Saudi source with intimate knowledge of his country's intelligence services told MEE that Mutrib was "the spinal cord of the tiger squad".

"He was chosen by MBS himself, who depends on him and is close to him," the source said.

As well as domestic operations, MEE revealed in October that the SRIG was involved in the forcible repatriation of Saudis from other Arab countries.

Sometimes it gets its hands dirty, such as with Khashoggi, who was tortured, murdered and dismembered by the squad in Saudi Arabia's consulate in Istanbul on 2 October.

But the unit also plans assassinations that keep the victim at arm's length, and are intended to appear as accidents, such as a car crash or house fire.

The unit has even had a dissident injected with deadly viruses as he visited hospital for a routine checkup, the source told MEE.

The Tiger  Squad was named after Major General Ahmed al-Assiri, the deputy chief of Saudi intelligence, who is also accused of involvement in Khashoggi's murder

"Assiri is well-known among his colleagues as 'the Tiger of the South'. Since the coalition's war [on Yemen] the Saudi media also started calling Assiri 'the Beast', and he liked this nickname," the source said.

The NYT said the unit had been so busy that last June its leader asked a top adviser to MBS whether the crown prince would give the squad bonuses for Eid al-Fitr, the holiday marking the end of Ramadan, according to US officials familiar with the intelligence reports.

A spokesman for the Saudi Embassy in Washington told the NYT the kingdom “takes any allegations of ill treatment of defendants awaiting trial or prisoners serving their sentences very seriously".