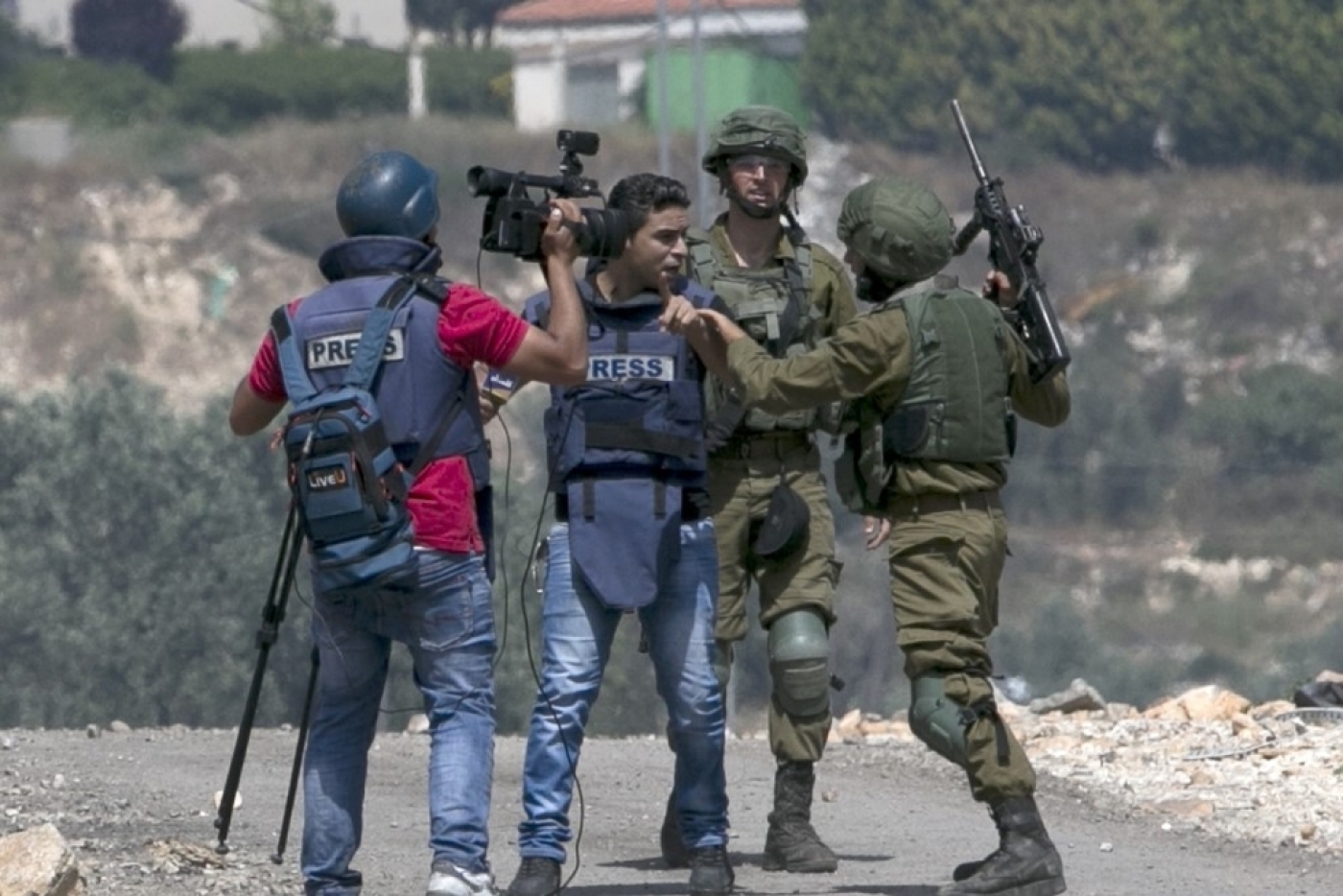 Israeli forces have arrested at least seven Palestinian journalists in the West Bank since 30 July, drawing condemnation from local and international journalists' rights groups and watchdogs that called the move “politically motivated”.

The journalists have not been charged, which has been slammed by the New York-based Committee to Protect Journalists, who called on Israeli authorities to do so or release them.

“We call on Israeli authorities to disclose charges against the seven journalists arrested over the past week or release them and allow them to work freely,” said Sherif Mansour, CPJ's Middle East and North Africa programme coordinator.

Three of seven journalists were arrested in the past week in pre-dawn raids after the ban of the Hamas-affiliated al-Quds TV and its designation by Defence Minister Avigdor Lieberman as a terrorist organisation on 3 July.

“The ban imposed by the Israeli authorities on al-Quds is supposed to concern Israeli territory, but the arrests were carried out in the West Bank, a procedure often used by the Israeli security forces,” said Sophie Anmuth, who heads the Middle East desk at the Paris-based media rights group Reporters Sans Frontieres (RSF).

“Israel has been relentless in its assault on the Palestinian press,” Mansour said. “Declaring a media outlet a terrorist organisation set the tone for the country's latest crackdown on Palestinian journalists.”

Al-Rimawi's wife, Mimouna, described a scene wherein at least a dozen soldiers barged into their home at about 3am and checked her husband's identity card before taking him away.

“Israeli forces searched the house and confiscated a laptop, my husband's protective gear and his car before taking him away,” she said. “They did not charge him with anything and they didn't say where they were taking him to.”

Freelance reporter Alwan, and freelance cameramen Hamdan and Anjas were taken from their respective homes in al-Bireh, Beitunia, and the village of Kharbata Bani Harith, just outside of Ramallah.

All were taken to Israeli settlement compounds after their arrests: Hamdan – like al-Rimawi – was taken to Ofer prison near Ramallah; Anjas to Kiryat Sefer settlement and Alwan to Pesagot settlement before they were transferred to Ofer.

MADA and the Doha Center for Media Freedom said that none of the journalists were charged with a crime when they were arrested and that their equipment, protective gear, laptops and phones, and a car were confiscated during the raids.

Earlier this week at a hearing, an Israeli military court, which tries Palestinians, extended the detention of the four journalists for a week pending investigation.

Israeli authorities say that they work for the banned al-Quds TV; however, all but one had gone freelance after Israeli authorities closed the broadcaster's Palestine offices in 2017. Only al-Rimawi, who was previously imprisoned for 12 years in Israel, stayed on as staff.

RSF, which ranks Palestine 134th out of 180 countries in its 2018 World Press Freedom Index, said that the journalists' arrests were politically motivated.

“Palestinian journalists held solely for political reasons must be released at once,” said Anmuth, the head of RSF’s Middle East desk. “In the absence of any proof to the contrary, these journalists have committed no crime justifying their detention, which is therefore completely arbitrary.”

On 1 August, Israeli soldiers arrested Mohammed Muna, a reporter for the Hamas-affiliated Al Quds press, who also manages a local radio station in Nablus. His family said he was taken from his home in the village of Zuatta, near Nablus, after searching through his things and confiscating some of his belongings. He, also, was not charged with any crime.

“A day later, the Israeli military court extended Mohammed's detention for a week for interrogation purposes without providing any further details,” his brother, Abd al-Kareem Muna, said. “He is being detained at Huwara, but will most likely be transferred to Megiddo prison,” north of Jenin.

Five years ago, Muna was arrested by Israeli forces and held in administrative detention – a legal loophole that allows authorities to indefinitely hold Palestinians without charge or trial – until his release in 2015.

On 6 August, Ibrahim al-Rantisi, a reporter for the Turkish broadcaster TRT Arabic, was arrested during a raid on his home in the village of Rantis, near Ramallah. In a procedure similar to the arrests of the other journalists, Israeli soldiers broke into his house in a pre-dawn raid.

His home was searched and his phone and ID card were confiscated, according to his brother, Fakhr al-Rantisi. “One of the soldiers was filming the entire arrest. [Al-Rantisi] kissed his little daughter goodbye and left,” the journalist's brother told CPJ.

Fakhr al-Rantisi said he only found out later through lawyers from the Palestinian Prisoners' Club, a local rights group, that his brother was taken to Ofer prison.

“I believe my brother has been arrested for his work as a journalist,” Fakhr al-Rantisi said, adding that his brother used to work for Al Quds TV until December 2017, when he took a job with TRT, the Turkish state-owned broadcaster.

That same day, Israeli police arrested Nader Baybars, a cameraman for the official Palestine TV, at his home in Wadi al-Joz in East Jerusalem. Baybars was previously taken in for interrogation in 2016 and questioned about his work as a journalist and the “Good Morning Jerusalem” programme he works on.

More than 95 violations against journalists and media institutions were made by Israeli forces last month, according to Swedish rights group Skyline International, most of which occurred in the West Bank. These included arrests of journalists, confiscation of their equipment, attacks and shootings with live ammunition and teargas.