Al-Qaeda in Yemen withdrew from government buildings, handing them over to a local council formed to take charge of them AL MUKALLA, Yemen - Jubilation was the feeling of many on Thursday at a small airport in southeastern Yemen as a man with a white beard fervently declared that Sons of Hadramout, a new name for al-Qaeda, have officially pulled out of the airport and handed it back to locals. For the crowd, it was a gesture by al-Qaeda militants that they would honour their promise and fully withdraw from the city.

Exploiting nation-wide violence and a split army, al-Qaeda in the Arabian Peninsula or AQAP, al-Qaeda's active branch in Yemen, stormed the port city of Mukalla, the capital of Hadramout province on 2 April, after engaging in brief clashes with army troops. The militants broke into the city's prison, looted a large government bank, drove army troops out of the city and took control of their bases.

In the following days, an army brigade and security units crumbled quickly as terrified soldiers agreed to save their skin by handing over positions to al-Qaeda in exchange for driving them off to their hometowns in northern Yemen. Al-Qaeda prepared four large buses to carry the remaining soldiers with their personal arms and properties.

The militants did not raise their black flag; they were unwilling to enact their radical interpretation of Islam and announced that they would not mind handing over key government institutions to locals provided there is a coherent entity that would take charge.

Local tribal leaders took al-Qaeda members at their word and convened in Mukalla, announcing the birth of the Hadramout National Council (HNC) which would slowly replace al-Qaeda in the city. The militants who rebranded themselves as the Sons of Hadramout, held meetings with the council, and in the following days, they agreed that the HNC would take control of the city's main airport.

"When we were about to receive the airport, hundreds of people circled the airport waiting for al-Qaeda to leave to loot the airport," a founding member of the council told Middle East Eye, on condition of anonymity, because of the sensitivity of the issue. "We told the Sons of Hadramout that our security personnel are not ready to protect the airport."

Al-Qaeda told residents that they raided the city of Mukalla to foil a ploy by the army to allow the Houthis to seize the city, promising not only to stand up for them but to strike back on their behalf if the Houthis decided to attack Mukalla.

To prepare well-trained security officers, the council approved creating recruitment camps in some districts in Hadramout. Last week, the council notified al-Qaeda that they were ready to run Al Mukalla International Airport, one of the biggest airports in Yemen.

In a brief celebratory gathering at the airport, Omer Saleh Al Juaidi, the head of the council, said that the airport was under the council's control and employees would resume their duties this week.

“They [al-Qaeda] left the airport for good,” he said. “The airport is ready to receive international fights that carry humanitarian aid.”

Officials at the council said that they have been given a green light by the governor of Hadramout, Adel Bahumaid, who fled Mukalla to Riyadh when al-Qaeda controlled the city, to cooperate with al-Qaeda to avoid dragging the city or the province into violence. Al Juaidi said: “We are working to rescue our city from destruction.”

A former MP for the Islamist Islah party till 2003 and recently a member of the separatist South Movement, Al Juaidi thinks that there is no harm in working together with al-Qaeda as long as they don't adopt harsh policies against local people. “They are the people of Hadramout who did not raise the flag of al-Qaeda. “

Despite Al Juaidi’s affirmation that the militants would not come back to the airport, some of the newly deployed armed men told MEE that al-Qaeda would keep pressing them until they stand on their own feet. “The Sons of Hadramout [al-Qaeda] say they would stand with us if we need any help." a young man, who was carrying an AK47, said.

Lutfi Bin Saadoun, the head of information committee in HNC, told MEE that al-Qaeda agreed to arm the council's security personnel with light arms to protect themselves and government buildings. "We are still waiting for them to deliver the arms. We have a few light arms from Saudi Arabia." Local media reports said that the Saudi arms were airdropped last week in an area in the neighbouring Shabwa province and were transported to Mukalla city.

After a brief celebration at the airport, the members of the council moved to receive another building from al-Qaeda. The city's branch of the Central Bank was one of the main targets of al-Qaeda's raid on the city of Mukalla.

Unlike the other government buildings that were left unprotected and were ransacked, the militants deployed armed vehicles around the central bank while looting it. The explosive materials that the militants used to open the bank's vault safe caused significant damage.

As the militants were leaving the bank, the bank’s director, Abdul Kader Foulihan, stared sadly at the building and said, “They handed over a damaged building that needs complete refurbishment.”

Foulihan said that the bank’s cash balance before al-Qaeda’s attack was YR25.8bn ($1.4 million). The militants refused to return the money to the council, saying that they would treat the looted money as spoils from a belligerent state. The council kept pressing the militants to hand over some of the money to pay outstanding dues of striking cleaners and salaries and increments to some public servants, and the militants bowed to the pressure and recently agreed to give the council YR1bn. On Sunday, the council saw another victory when the militants pulled out of the city's main seaport and the governor's house.

Bin Saadoun said: "This shows that they are following a time plan for withdrawing from Mukalla," adding that only the possible advance of the Houthis would torpedo Al Qaeda's scheduled withdrawal. "We will fight the Houthis if they approach Mukalla," he said.

But as the militants agreed to leave some places in Mukalla, they have expanded their influence in other areas in Hadramout. Some al-Qaeda men have sprung up publically in the city of Shiher, while their colleagues control the city's seaport. The militants said that the seaport has become a hub for smuggling drugs and fuel. 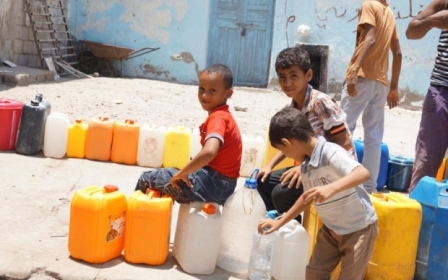 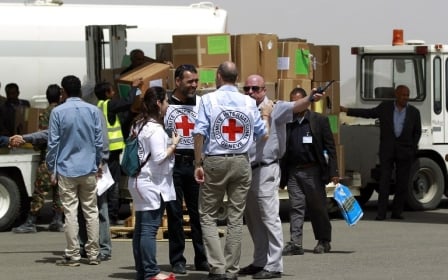