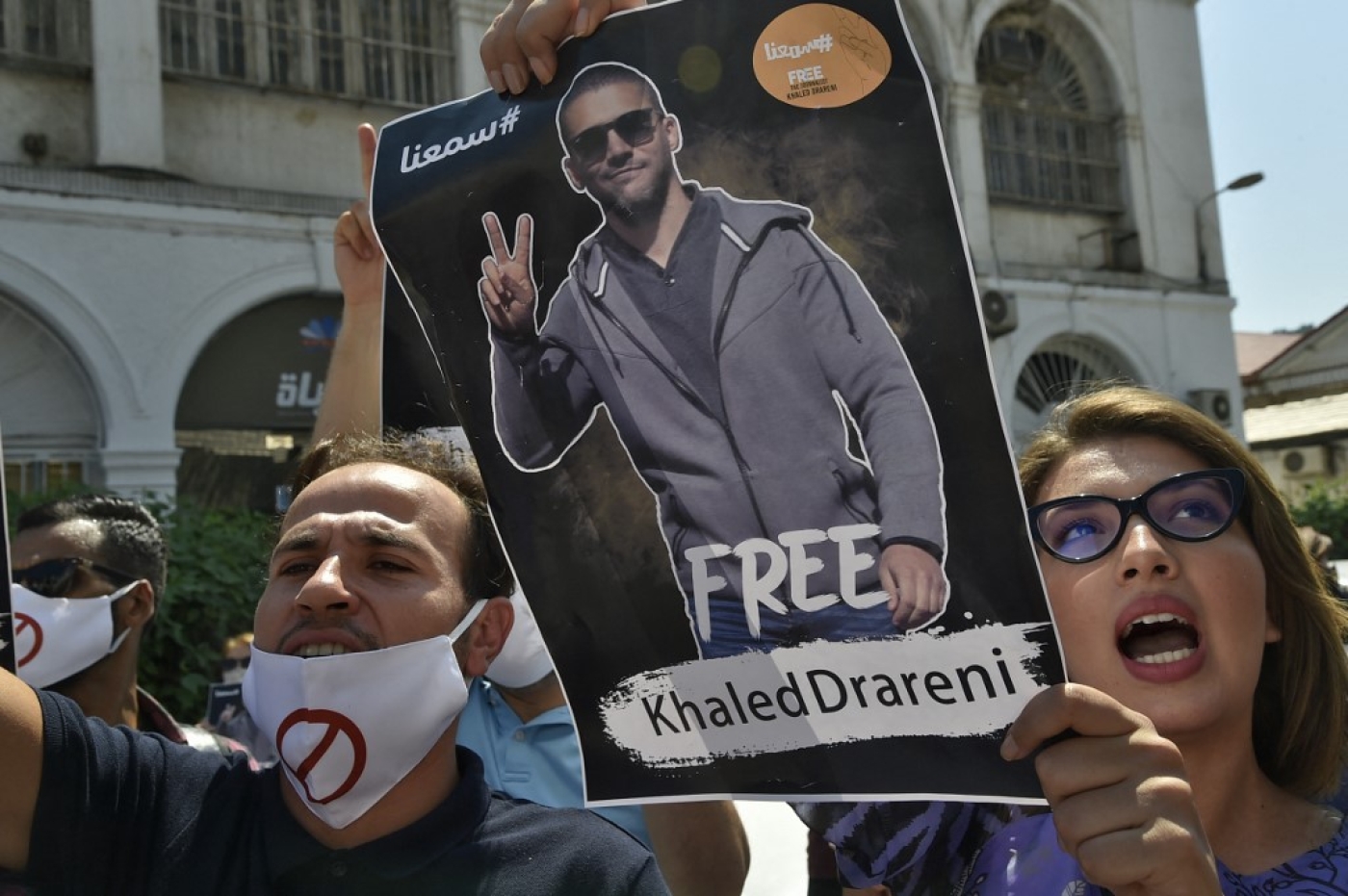 Algerians lift a portrait of journalist Khaled Drareni during a rally to protest his incarceration in the capital Algiers, on 7 September 2020 (AFP)
By
MEE staff

The Middle East and North Africa continue to be the world's worst region for press freedom with authoritarian countries using the ongoing Covid-19 pandemic to increase their grip on information sharing, according to a new report by Reporters Without Borders (RSF).

In RSF's annual world press freedom index published on Tuesday, nine countries in the MENA region were placed in the bottom tenth of the rankings.

"With massaged statistics and media outlets limited to publishing official releases, the Middle East's most authoritarian countries have used the pandemic to continue or even reinforce their existing methods for gagging the press," RSF said in its report. The annual index reviews the press freedom situation in 180 countries and territories. This year, RSF said its data showed that journalism is "totally blocked or seriously impeded" in nearly three-quarters of the countries evaluated, making it even harder for people to access proper information at a time of a global health emergency.

Iran, ranked 174th, has been at the bottom of the RSF's ranking since the index was first created in 2002. Still, the organisation said that the situation for journalists had worsened during the pandemic, with Tehran becoming "one of the world's most draconian censors of coverage" of the virus crisis.

"The Islamic Republic shows no signs of relaxing its harassment of independent journalists and media outlets, or loosening its tight grip on the media landscape as a whole," RSF said.

Last year, Iran executed Ruhollah Zam, an opposition activist and dissident journalist, adding to the country's record of having "executed the highest number of journalists over the past 50 years".

The media watchdog said Saudi Arabia, ranked 170th, had tripled the number of journalists and citizen journalists detained in the country since Crown Prince Mohammed bin Salman (MBS) came to power in 2017, with most being held arbitrarily and likely to have been subject to torture.

"Journalists automatically become suspect if they opt for neutrality rather than toe the official media line, which is to sing MBS's praises," RSF said about Saudi Arabia.

The watchdog said that North African countries were increasingly using their judicial systems to silence journalists.

RSF highlighted the case of Algerian reporter Khaled Drareni, who was handed a two-year jail sentence by a court in the capital, Algiers, after being arrested last March.

The independent journalist had extensively covered the country's year-long protest movement, which had been calling for an overhaul of the country's political system. Drareni was convicted of "inciting an unarmed gathering" and "endangering national unity".

In Egypt, ranked 166th, authorities banned publication of any Covid-19 statistics outside those provided by the country's health ministry, and blocked more than 30 websites during the pandemic, according to RSF.

Last March, Cairo expelled a journalist from The Guardian for quoting a study that suggested the real number of Covid-19 cases were higher than government figures.

RSF noted that since President Abdel Fattah el-Sisi overthrew the government of Egypt's first democratically elected leader, Mohamed Morsi, the North African country had become one of the largest jailers of journalists in the world.

A 2020 report by the Committee to Protect Journalists found that in addition to Egypt, Turkey and Saudi Arabia were among the world's highest jailers of journalists. 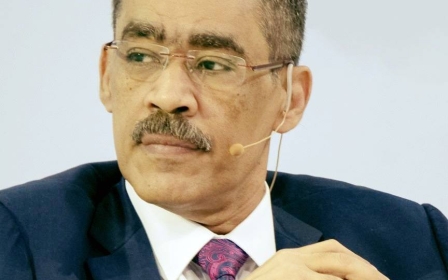