Militant behind Tunis attacks blows himself up during police raid 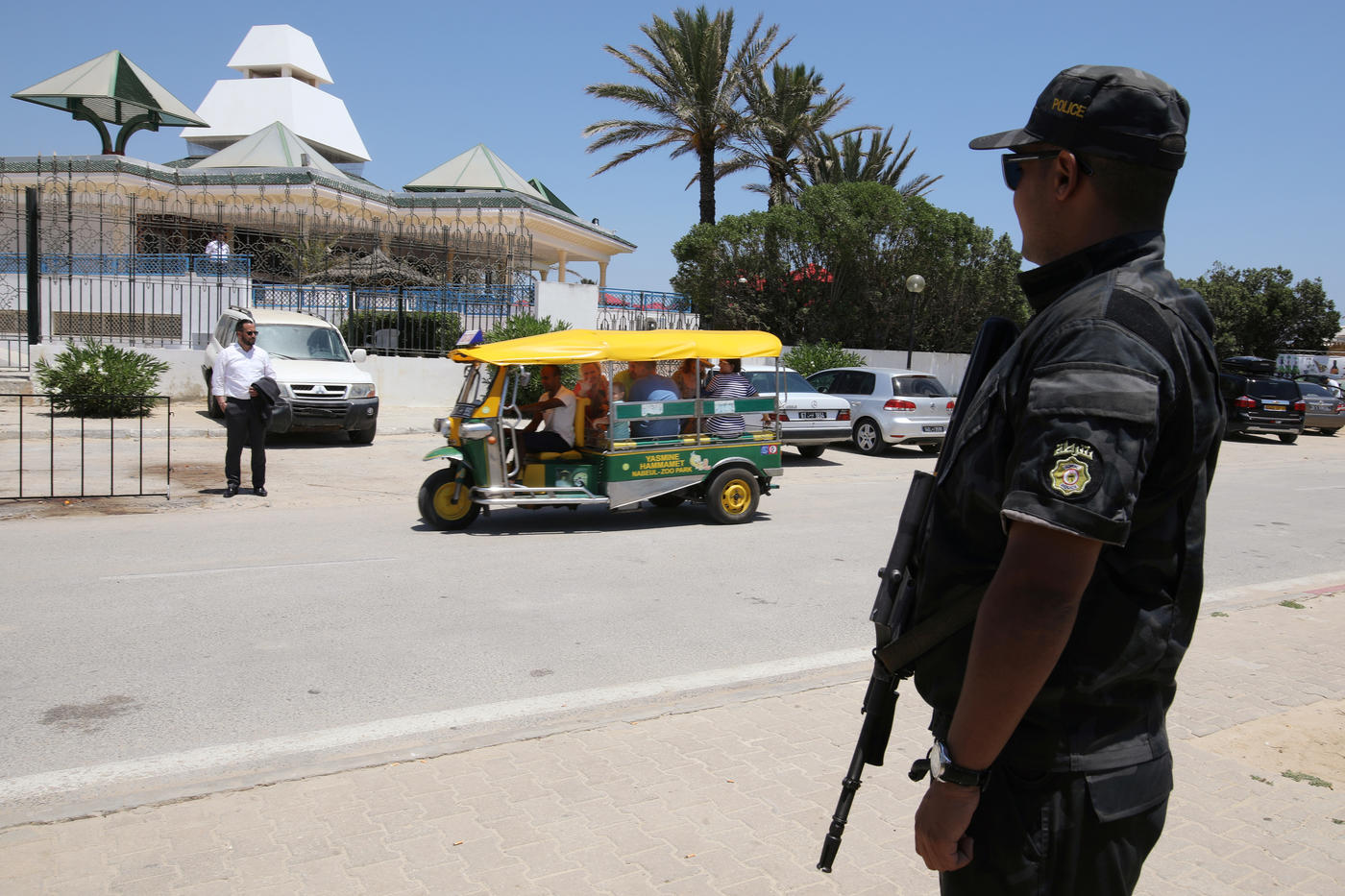 A militant said to be behind last week's terror attacks in Tunis died after blowing up an explosive belt in the country's capital on Wednesday, resulting in no other casualties.

Witnesses told the Reuters news agency the man blew himself up in the Intilaka area of Tunis, after being surrounded by the police. Residents heard a loud explosion.

"Following a long chase, special forces surrounded the terrorist," the interior ministry said in statement. "When forces began shooting, he blew himself up with an explosive belt he was wearing." There were no other casualties, it added.

'When forces began shooting, he blew himself up with an explosive belt he was wearing'

"All the elements" of the group were arrested, the premier said in a statement published online by private radio Mosaique FM.

The group "planned terrorist operations against Tunisia," he added.

The third such incident within a week comes months ahead of parliamentary and presidential elections and at the peak of a tourist season in which Tunisia is hoping for a record number of visitors.

Two suicide bombers blew themselves up in separate attacks on police in Tunis on Thursday, killing one police officer and wounding several people. The Islamic State militant group claimed responsibility for both attacks.

Tunisia has been battling militant groups operating in remote areas near its border with Algeria since an uprising overthrew autocratic leader Zine Abidine Ben Ali in 2011. High unemployment has also stoked unrest in recent years.

Last October, a woman blew herself up in the centre of Tunis, wounding 15 people, including 10 police officers, in an explosion that shattered a long period of calm after dozens of people died in militant attacks in 2015.

Security has tightened since authorities imposed a state of emergency in November 2015 after those attacks, one at a museum in Tunis and another on a beach in the Mediterranean seaside town of Sousse. A third attack targeted presidential guards in the capital. The Islamic State group claimed responsibility.