Camels attend the annual Crown Prince Festival in Saudi Arabia, while smoke is seen following a fire at Aramco facility in the eastern city of Abqaiq (AFP/Reuters)
By
MEE staff

As an attack on crucial Saudi oil refineries was under way, the kingdom's crown prince and de facto ruler Mohammed Bin Salman was enjoying a camel festival along with UAE Deputy Prime Minister Mansour Bin Zayed.

The spectacle of the Saudi royal attending the event, eponymously named the Crown Prince Camels Festival, has provoked an incredulous response from some on social media, after the attack on two Saudi energy facilities - including on the important oil processing plant at Abqaiq - saw the price of crude oil making its biggest jump on record.

The festival, which began in mid-August, aims at boosting camel racing as a sport.

MBS attended the closing ceremony at the camel racing field in Taif on Sunday, along with representatives of varioues Gulf Cooperation Council (GCC) countries.

Among his duties, the crown prince gave out prizes to the winners of the camel races, local media reported.

But coming as tensions began to ratchet up between Saudi Arabia, the US and their regional enemy Iran, the spectacle was seen as ill-timed by some on social media:

#Saudi Arabia's 🇸🇦 "strongman" Crown Prince #MBS is all smiles, as he attends a camel festival finale named after his majesty

The world’s most important oil facility is LITERALLY burning but hey ... time to chill out, take a break, relax & enjoy the showhttps://t.co/tbd1ADDyBn pic.twitter.com/qPR1N6Hd3z

Others, however, were more supportive:

Translation: We swore allegiance to him and we won't ever give him up. Thank you #Crown_Prince_Mohamed_Bin_Salman for gracing us with your visit to Al-Ward City.... Thank you for your scented presence which added beauty to beauty. May your head always be high

According to The National, an Abu Dhabi-based newspaper, "the UAE's presidential camels excelled, having secured the lead for the second straight year". 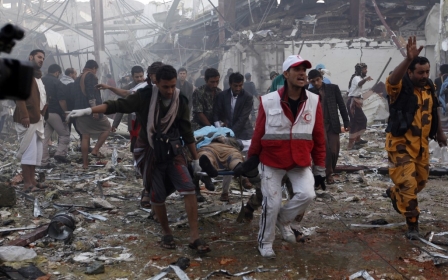 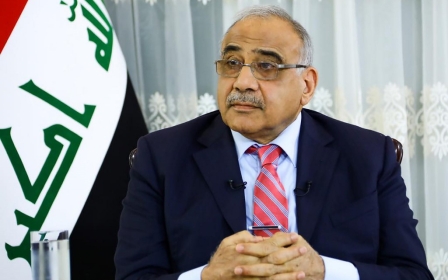