At least 304 people have been killed over a month of protests in Iran, Amnesty International warned on Monday.

Hundreds of Iranians have taken to the street since 15 November following a fuel price hike, with the protests quickly spiralling into a broader anti-government movement.

In a statement, Amnesty said thousands more had been injured by the government crackdown on the demonstrators and that there had been attempts in the aftermath to prevent news of the protests spreading.

“Harrowing testimony from eyewitnesses suggests that, almost immediately after the Iranian authorities massacred hundreds of those participating in nationwide protests, they went on to orchestrate a wide-scale clampdown designed to instil fear and prevent anyone from speaking out about what happened,” said Philip Luther, Middle East and North Africa Research Director at Amnesty International.

“Instead of continuing with this brutal campaign of repression, the Iranian authorities must immediately and unconditionally release all those who have been arbitrarily detained."

Amnesty said earlier this month that at least 208 were killed in the protests. Iranian authorities have dismissed Amnesty's previous figures and have yet to give a death toll from the deadliest protests in Iran in decades. The Iranian government has claimed that foreign powers infiltrated or organised the protests, as demonstrators burned pictures of senior officials and called on clerical rulers to step down.

Iranian authorities earlier this month acknowledged that some "rioters" were shot and killed by security forces. Supreme Leader Ayatollah Ali Khamenei denounced the unrest as a "very dangerous conspiracy" by Iran's enemies.

Amnesty said that, "Iran's authorities are... arresting thousands of protesters as well as journalists, human rights defenders and students to stop them from speaking out about Iran's ruthless repression."

On 6 December, the United Nations human rights office said at least 208 people have been killed but that the the real toll could be twice that. 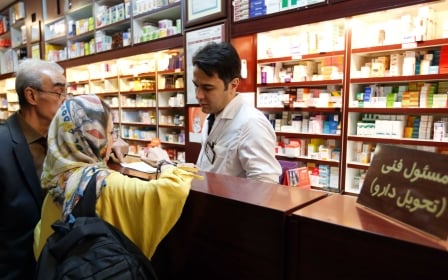