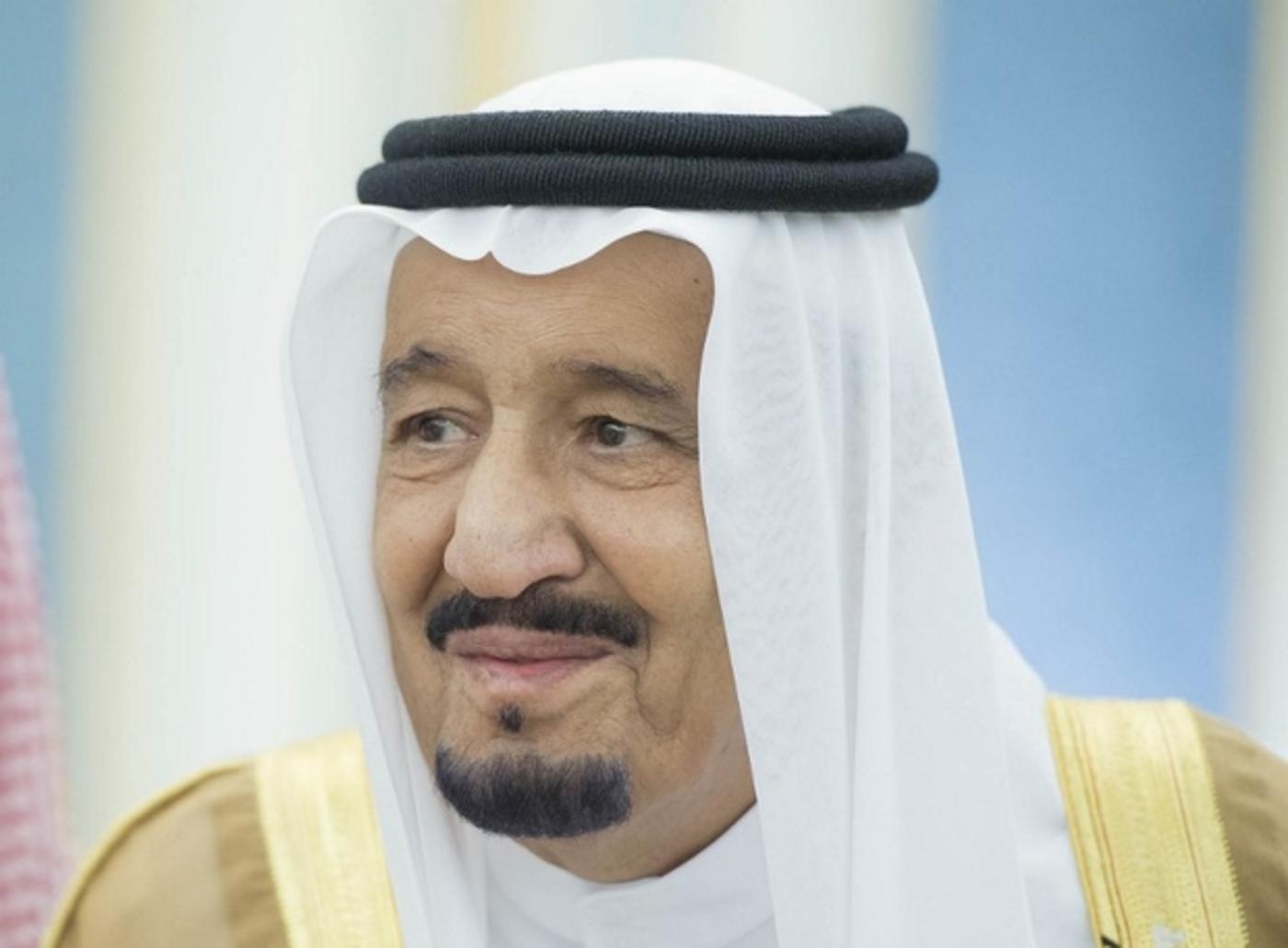 The crackdown comes amid widespread speculation, denied by officials, that King Salman intends to abdicate in favour of his son, Crown Prince Mohammed bin Salman (AFP)
By
MEE and agencies

The crackdown comes amid widespread speculation, denied by officials, that King Salman intends to abdicate in favour of his son, Crown Prince Mohammed bin Salman, who already dominates economic, diplomatic and domestic policy.

It also comes amid a deepening rift between Saudi Arabia and its allies on one side and Qatar on the other.

Exiled Saudi opposition activists have called for protests on Friday to galvanise resistance to the royal family.

The al-Saud family has always regarded Islamist groups as the biggest internal threat to its rule over a country in which appeals to religious sentiment cannot be lightly dismissed and an al-Qaeda campaign a decade ago killed hundreds.

Prominent Islamist clerics Salman al-Awdah, Awad al-Qarni and Ali al-Omary were detained over the weekend, according to Saudi sources.

On Tuesday, activists dedicated to monitoring and documenting what they describe as "prisoners of conscience" reported that at least eight other prominent figures, including clerics, academics, television anchors and a poet, had been "confirmed" detained since Monday.

Prince Abdul Aziz Bin Fahd al-Saud, a son of former King Fahd, has also been detained, according to some of the sources.

ALQST, a London-based Saudi rights group, also reported more arrests, including several of the same people, although it gave no specific figure.

"Al-Awdah, al-Qarni, Farhan al-Malki and Mostafa Hassan [are confirmed]," said Yahya al-Assiri, the centre's head, referring to four of those reported to have been arrested. "The rest are also correct, but I don't have any specific information," he added.

State news agency SPA said earlier on Tuesday that authorities had uncovered "intelligence activities for the benefit of foreign parties" by a group of people it did not identify. 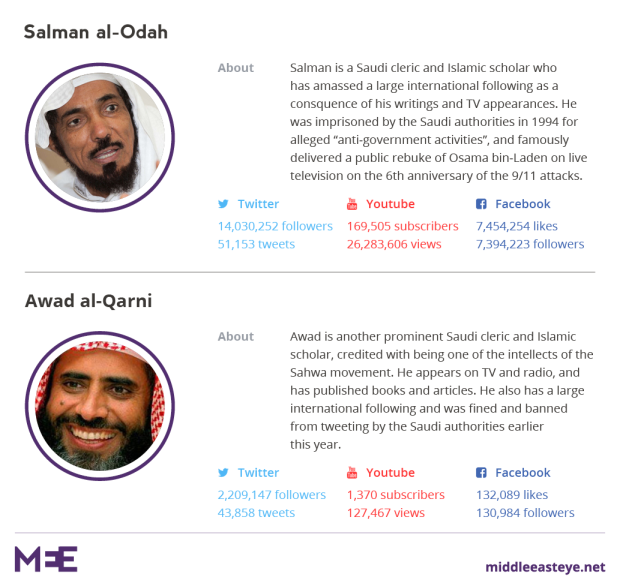 A Saudi security source told Reuters the suspects were accused of "espionage activities and having contacts with external entities including the Muslim Brotherhood," which Riyadh has classified as a terrorist organisation.

The government toughened its stance on dissent following the Arab Spring in 2011 after it averted unrest by offering billions of dollars in handouts and state spending.

But the Brotherhood, which represents an ideological threat to Riyadh's dynastic system of rule, has gained power elsewhere in the region.

Saudi Arabia, the United Arab Emirates, Bahrain and Egypt cut diplomatic and transport links with Qatar in June over its alleged support for Islamists including the Brotherhood - a charge that Doha denies.

Awdah reportedly was detained after he posted a message on his Twitter account welcoming a possible end to the rift between Qatar and other Arab countries which began in Egypt.

Activists also suggested that poet Ziad bin Neheet may have been detained for posting a video in which he chastised journalists who had exploited the row with Qatar to heap abuse on each other. 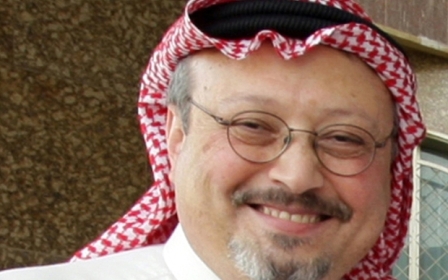 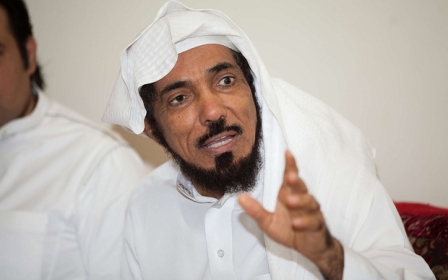