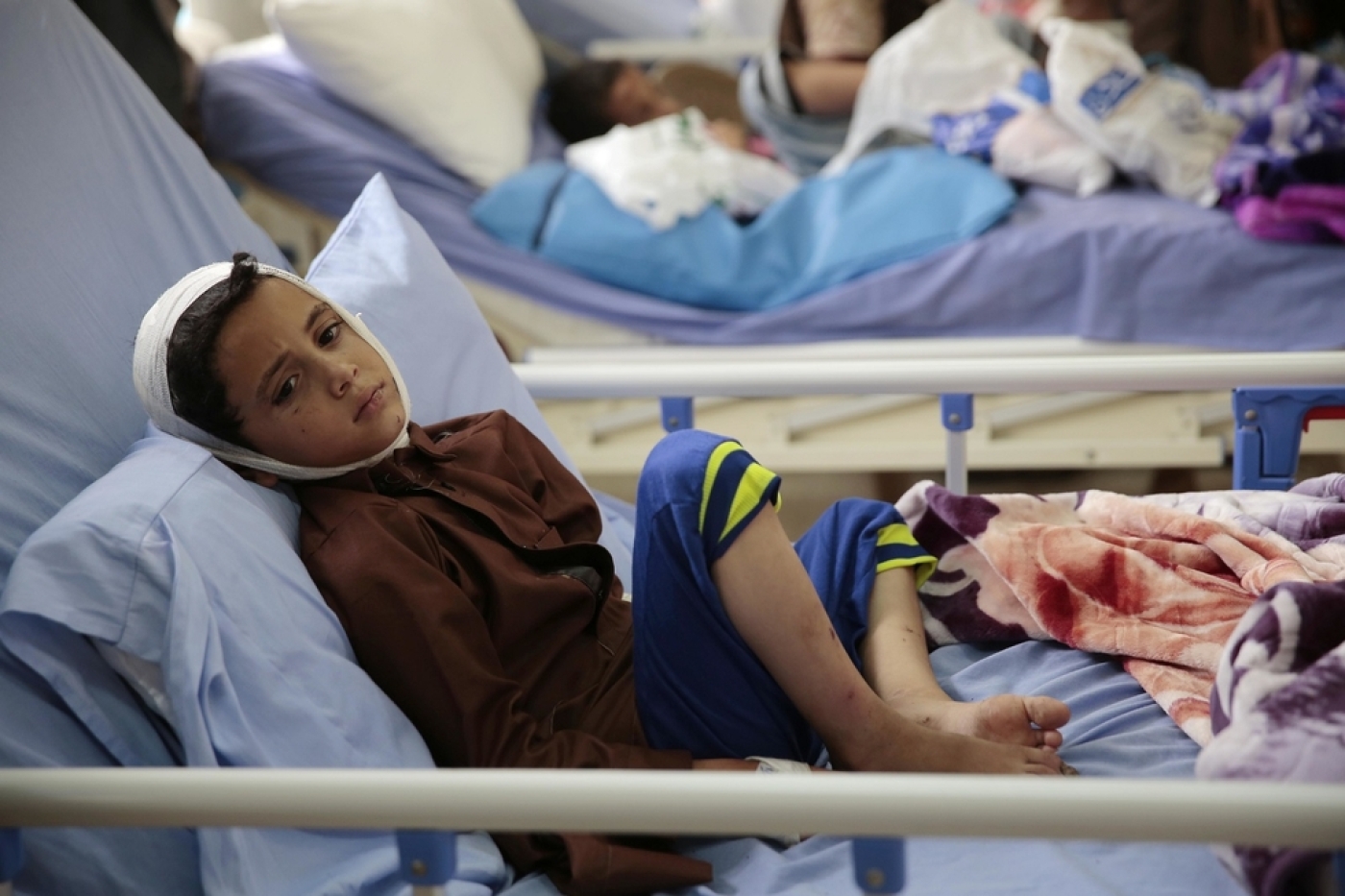 More than five million children are at risk of famine in Yemen as the ongoing war causes food and fuel prices to soar across the country, charity Save the Children warned on Wednesday.

Disruption to supplies coming through the embattled Red Sea port city of Hodeidah could "cause starvation on an unprecedented scale", the British based NGO said in a new report.

Save the Children said an extra one million children now risk falling into famine as prices of food and transportation rise, bringing the total to 5.2 million.

Any type of closure at the port "would put the lives of hundreds of thousands of children in immediate danger while pushing millions more into famine", it added.

Impoverished Yemen has been mired in deadly conflict between Houthi rebels and troops loyal to President Abedrabbo Mansour Hadi since 2014.

A Saudi-led alliance has been launching attacks since 2015 in a bid to bolster the president. Nearly 10,000 people have since been killed.

Deadly clashes resumed around the Houthi-held Hodeidah following the collapse of talks in Geneva earlier this month.

"Millions of children don't know when or if their next meal will come," said Helle Thorning-Schmidt, CEO of Save the Children International.

"In one hospital I visited in north Yemen, the babies were too weak to cry, their bodies exhausted by hunger."

He added that the war risks killing "an entire generation of Yemen's children who face multiple threats, from bombs to hunger to preventable diseases like cholera".

The United Nations has warned that any major fighting in Hodeidah could halt food distributions to eight million Yemenis dependent on them for survival.

Last week, Jameel al-Qirwi, a trader in Sanaa warned that a blockade on Hodeidah would constitute a siege on all northern provinces that depend on aid that comes through the port city.

Hodeidah is a lifeline for millions of Yemenis across the country. About 70 percent of all humanitarian assistance and nearly all commercial food stocks for northern Yemen enter through the ports of Hodeidah and Saleef, just to the north of the city, according to the UN.

Hodeidah is also under threat of attacks on its food storage, which would affect the country’s northern areas.

"The mills in Hodeidah feed millions of people. We’re particularly worried about the Red Sea mill, which currently has 45,000 metric tonnes of food inside, enough to feed 3.5 million people for a month. If the mills are damaged or disrupted, the human cost will be incalculable,” UN humanitarian coordinator for Yemen Lise Grande said in a statement last week.

"So much has already been destroyed. In the last six weeks alone, houses, farms, livestock, businesses, roads, a water facility and a flour mill have all been hit."