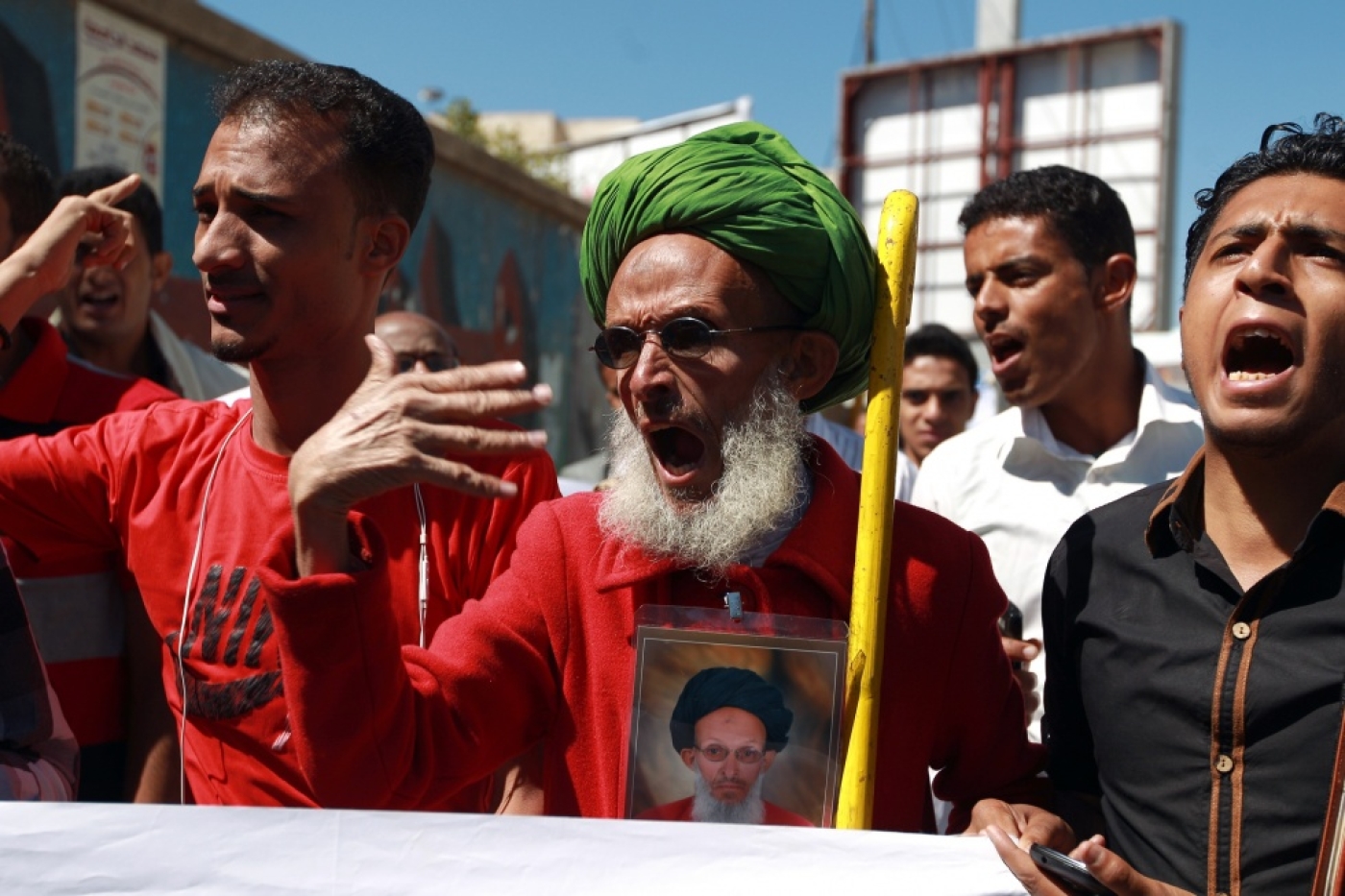 Pro-government protesters have taken to the streets of Sana’a in a drive to push Houthi rebels to withdraw from the capital.

The demonstrators began taking to the streets late on Tuesday, after the Houthi rebels missed yet another deadline to leave Sana’a, Al Jazeera reported.

However, there has been no sign as yet that the protests have managed to influence tough negotiations over the political makeup of the new government.

According to Al Jazeera sources, under the latest proposals, Houthi loyalists and southern secessionists will get six seats each, while members of the General People's Congress - the party of former president Ali Abdullah Saleh - will get nine.

The Joint Meeting Parties (JMP), an umbrella of opposition groups that dominated the old government, and includes the Muslim Brotherhood affiliated Islah Party, will also get nine. If this redistribution of ministries is confirmed, it would be a massive shakeup that would see the JMP's influence severely curtailed and the Houthis emerge as potential kingmakers.

The rising tensions come amid ongoing violence between Houthi rebels and al-Qaeda-linked tribes that have reportedly left 68 Houthi fighters dead in the southern province of Bayda.

The central city of Rada’a has become a hotspot for the fighting, with Anadolu Agency (AA) reporting heavy fighting on Tuesday morning.

A number of eyewitnesses told AA that several armoured vehicles belonging to the Houthis had arrived in Rada'a from the northern Dhamar province late on Tuesday and were fortifying their presence in preparation for future clashes.

Four soldiers, including a senior army officer, were reportedly killed in the fighting, with authorities blaming the Houthi rebels.

"An army commander and three soldiers were killed by Houthi militants in Rada'a city," the official, who spoke on the condition of anonymity, told AA.

The official said the commander was killed due to his "neutral" stance on ongoing fighting between Houthi forces and al-Qaeda militants in the city.

Some 100km west, al-Qaeda fighters are also reportedly busy shoring up their positions in the Odain district, hoping to stop the Houthis from advancing in Ibb province in central Yemen, Al Jazeera reported.

On Monday, al-Qaeda fighters backed by tribesmen also recaptured the town of Udain, in southwestern Ibb province, a tribal source said, while adding that al-Qaeda was trying to cut off roads to stop a Houthi advance.

Fighters backed by tribesmen also recaptured the town of Udain, in southwestern Ibb province, which they had briefly overran last week in response to the rebels’ advance, a tribal source said. - See more at: http://www.middleeasteye.net/news/houthi-rebles-clash-al-qaeda-yemens-radaa-415481037#sthash.c2z6MeRx.dpuf

The escalation in Houthi/al-Qaeda fighting in recent days comes on the back of large-scale Houthi gains, which have seen the rebels take control of the key port city of Hodayda last week and yesterday reportedly seized at least partial control of Hajja, a border governorate with Saudi Arabia. An as yet unconfirmed Al Arabiya report suggested that the whole province had fallen to the rebels with apparently no resistance.

The Houthis marched in and took over Sana’a on 21 September, prompting President Abd Rabbuh Mansour Hadi to sign a peace deal, promising economic concessions, and to also appoint a new prime minister. However, despite promises to leave the capital, the Houthis have since began advancing on other parts of Yemen.

But the extent of their takeover should not be exaggerated, with the Houthis only choosing to take over certain state functions, Yemeni human rights activist Baraa Shiban explained.

“The Houthis do not take full control of the areas they control, and they aim to take over the security operations in the area, and the judiciary,” Shiban told Middle East Eye. “But they don’t concern themselves with things like education and healthcare and even in areas that are deemed to be in full Houthi control, these government institutions are continuing to function.”