More than half of Israelis support attacking Iran without US backing, poll says

With nuclear talks in Vienna stalling, a slim majority of Israelis say they are willing to go it alone against Iran 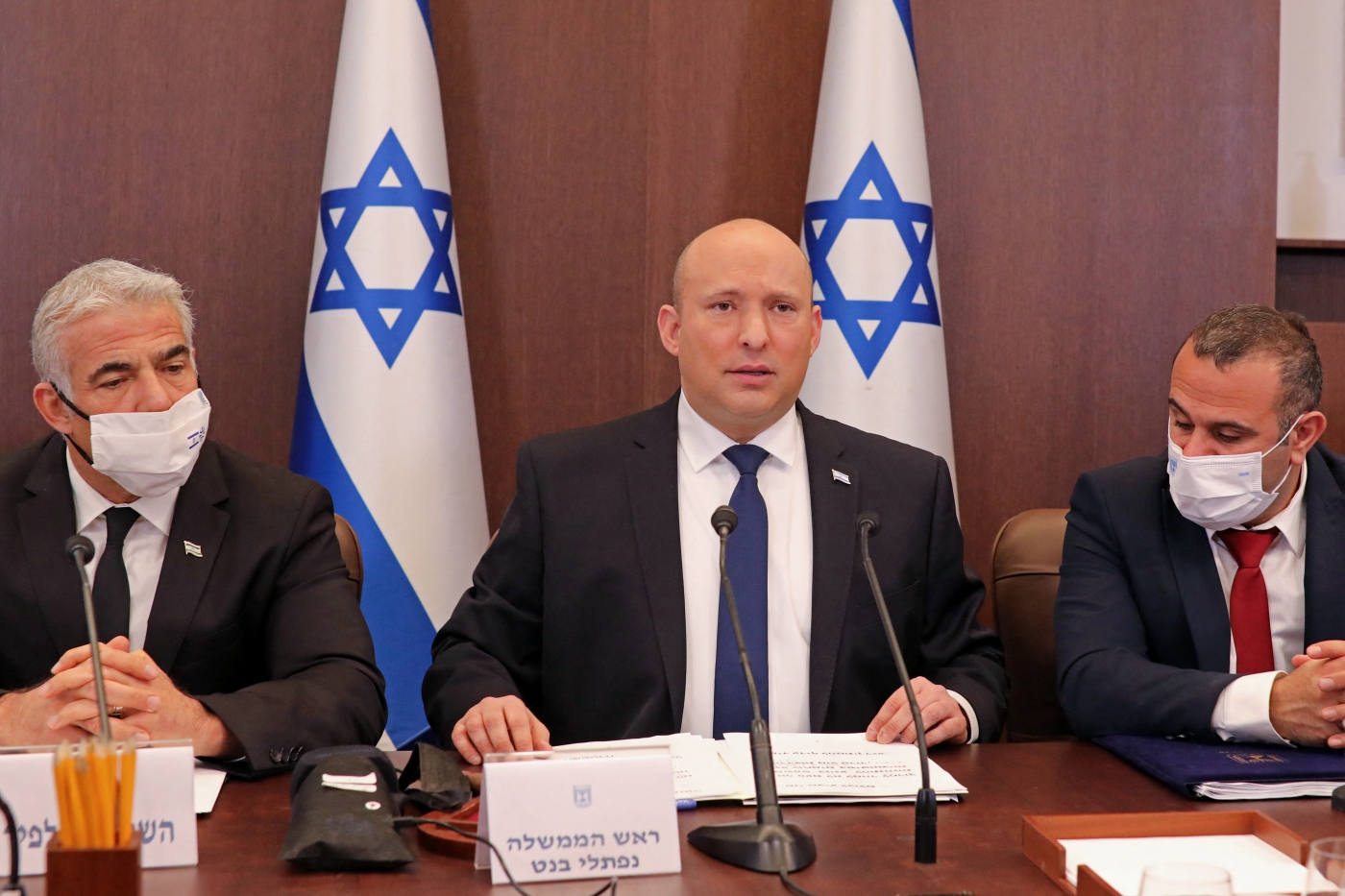 Slightly more than half of Israelis say they would support their country attacking Iran without a "green light" from the United States, according to a poll released on Wednesday by the Israel Democracy Institute.

The results come as world powers are locked in increasingly difficult negotiations with Iran over its nuclear programme.

European diplomats have accused Tehran of backtracking on compromises it made earlier this year in a draft agreement that set the stage for the current round of talks taking place in Vienna. US Secretary of State Antony Blinken also issued a pessimistic outlook on the state of negotiations on Friday, stating: "What we've seen in the last couple of days is that Iran right now does not seem to be serious about doing what's necessary to return to compliance."

Israeli and US defence chiefs are expected on Thursday to discuss possible military exercises that would prepare for a worst-case scenario to destroy Iran's nuclear facilities should diplomacy fail and if their nations' leaders request it, a senior US official told Reuters.

The US withdrew from the Iranian nuclear deal in 2018 under former US President Donald Trump, who argued, in part, that the deal failed to hold Iran to account for its use of regional proxies and support of terrorism.

The Trump administration imposed debilitating sanctions on Tehran as part of a "maximum pressure" campaign. At the same time, Iran began accelerating its nuclear programme.

Israel and the United States' Gulf allies supported the US withdrawal from the deal. More recently, the UAE and Saudi Arabia have reached out to Tehran directly, driven by concerns over Washington’s commitment to their defence.

'Iran will not have nuclear weapons'

Israel has remained a vocal critic of the talks in Vienna. In a phone call with Blinken last week, Prime Minister Naftali Bennett called for an immediate end to negotiations with Tehran.

"I call on every country negotiating with Iran in Vienna to take a strong line and make it clear to Iran that they cannot enrich uranium and negotiate at the same time," Bennett said Sunday. "Iran must begin to pay a price for its violations." Vienna talks: Iran says based on agreements so far, US sanctions on oil, banks would be lifted
Read More »

Bennett added that Israel was working to convince the US to pursue "a different toolkit" in dealing with Tehran's nuclear programme.

Israel is believed to have previously targeted Iran and its nuclear programme through the assassination of scientists as well as attacks sabotaging its nuclear sites.

Iranian officials blamed Israel for a power outage that allegedly caused an explosion at its Natanz uranium enrichment plant in April, and, last year, three US officials said Israel was responsible for a roadside ambush that killed Iran's top nuclear scientist.

"Iran will not have nuclear weapons - not in the coming years, not ever. That is my promise, that is Mossad's promise," he said.