Moroccan authorities seize more than one tonne of cocaine Moroccan authorities said on Saturday they had seized more than a tonne of cocaine and detained seven people suspected of smuggling the narcotic from South America on the way towards Europe.

The Central Bureau of Judicial Investigation said the cocaine was found in a truck along with two dinghies near the port city of El Jadida, according to a statement carried by the official MAP news agency.

Seven Moroccan citizens were arrested "for their alleged links to a transnational criminal network involved in the international trafficking of cocaine between Morocco, Latin America and Europe," according to AFP.

The cocaine was concealed in a Morocco-registered truck, the interior ministry said in a statement cited by Xinhua. The illegal substance was first smuggled by sea from a Latin American country aboard a commercial vessel.

It was then unloaded off the coast of El Jadida and transported on board fishing vessels to a nearby beach, where it was loaded onto a truck intended for hauling vegetables, Xinhua said.

Cocaine traffickers have developed new routes to Europe over the past decade.

The Moroccan ministry said investigations are underway to determine the regional and international ramifications of this criminal network as well as its possible links to international criminal organisations and South American cartels, Xinhua said.

The drug is mostly sent from Central America via West African countries and more recently through North Africa, according to the United Nations Office on Drugs and Crime.

Earlier this year, Morocco seized a 541-kg shipment of cocaine originating in Brazil and bound for Casablanca, according to the Maghreb Arab Press. 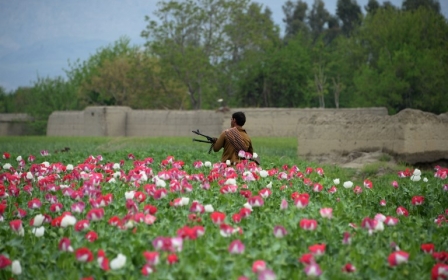