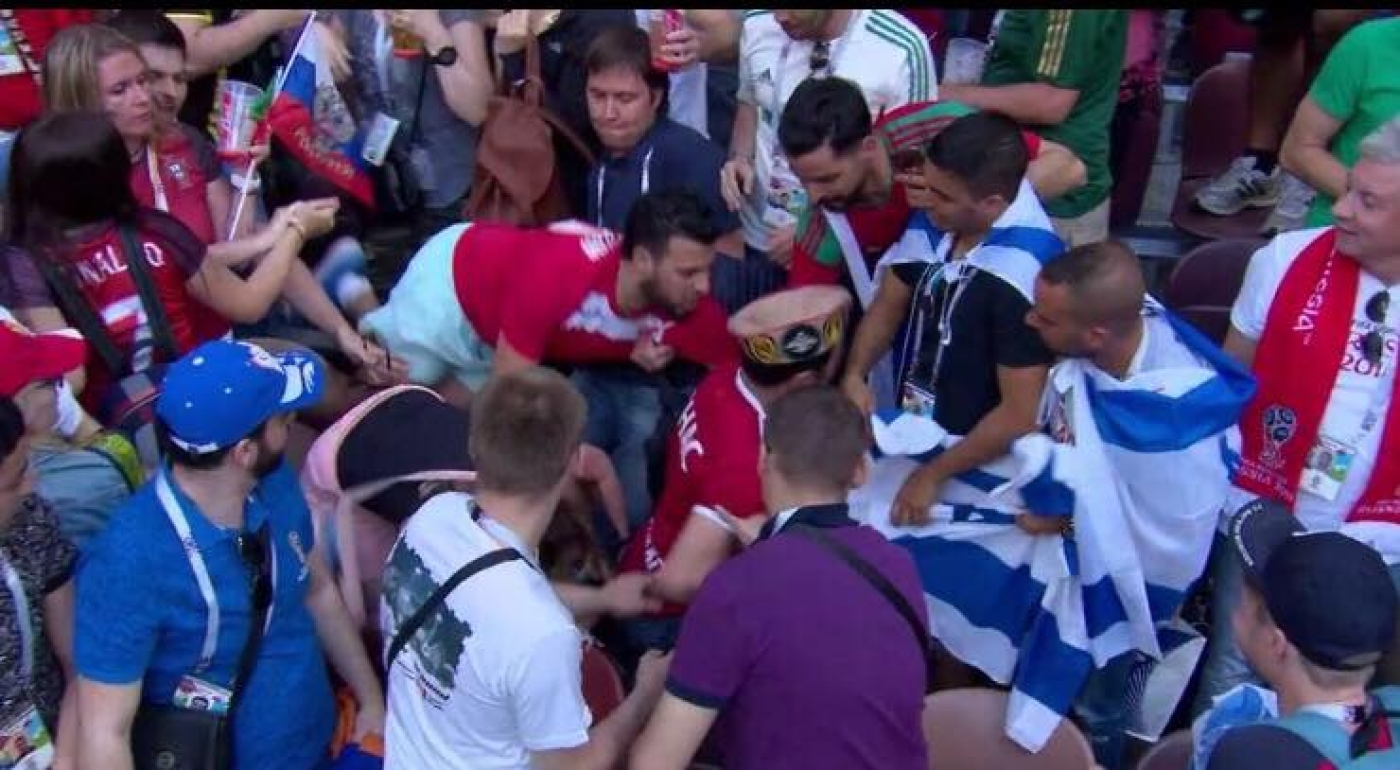 Israeli football fans have denied that they faced hostility from Moroccan supporters while attending Wednesday's World Cup match between Morocco and Portugal in Moscow.

Television footage showed two Moroccan supporters appearing to push through the crowd to grab an Israeli flag being held by two men who also had Israeli flags tied around their shoulders.

The footage was filmed at the end of match, which Morocco lost 1-0 to confirm their elimination from the tournament with a game still to play.

But Israel's Kan state television network on Thursday quoted the fans as saying that they had been welcomed at the match.

They also said the scuffle had been over a shirt thrown into the crowd by Moroccan captain Medhi Benati.

“There was a great atmosphere during the game. Everyone welcome us,” one of the fans was quoted as telling Kan.

The Ynet news website identified the Israeli fans as a group of firefighters from the city of Tiberius in northern Israel.

"What people saw in the viral video is fake news. The Moroccans accepted us with love and the flag was proudly covering us the entire match,” one of the fans, Alex Brener, was quoted as saying.

The video quickly went viral, with Israeli media suggesting that the Moroccan fans were reacting angrily to their team's elimination.

Meanwhile on social media, some fans suggested that the brawl signified a rejection of the Israeli occupation of Palestine, with some calling it the highlight of the match.

Morocco was once home to a Jewish population of about 250,000, the largest in the Arab world, but most moved to Israel after 1948.

The countries established low-level diplomatic ties in 1994 but these were broken off at the time of the Second Intifada in 2000.