Rescuers evacuate a wounded protester from inside the al-Aqsa Mosque complex during clashes with Israeli security forces, on 15 April (AFP)
By
MEE and agencies

The kingdom expresses its "firm condemnation of the incursion by Israeli occupation forces into the Al-Aqsa Mosque, their closure of its gates and their aggression against unarmed worshippers in the mosque compound," a foreign ministry statement said.

Morocco "believes that this flagrant aggression and deliberate provocation during the holy month of Ramadan will only inflame hatred and extremism, and reduce to nothing the chances of any relaunch of a peace process in the region," the statement added.

Scores of worshippers were wounded as Israeli forces fired rubber-coated steel bullets, teargas and stun grenades inside the courtyards and prayer halls of the mosque on Friday.

The Palestine Red Crescent said 152 people were evacuated from the mosque and transferred to nearby hospitals, including many with upper body wounds. Al-Makassed hospital in East Jerusalem said it had received 40 wounded people from al-Aqsa, two of them with critical injuries. At least 400 people were arrested.

Morocco restored diplomatic relations with Israel in late 2020 under an agreement brokered by the administration of then-president Donald Trump that also saw US recognition of Morocco's claim to sovereignty over the disputed Western Sahara.

But Morocco remains the chair of the Al-Quds (Jerusalem) Committee of the Organisation of Islamic Cooperation, which is tasked by the pan-Islamic bloc with the protection of the al-Aqsa Mosque and the cultural heritage of Israeli-occupied East Jerusalem.

King Mohammed VI gave instructions for the kingdom's condemnation of Israeli actions to be relayed directly to the head of the Israeli liaison office in Rabat, the foreign ministry added.

The ministry called on the United Nations and the international community to "intervene urgently to put a stop to these violations and aggressions against the Palestinian people". 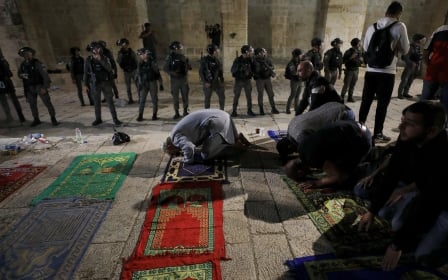 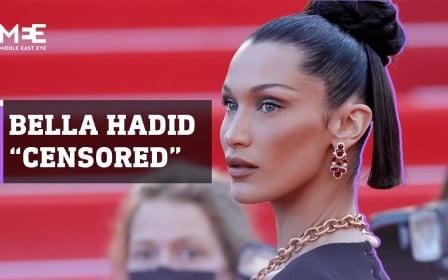