The complex should allow Morocco to cut carbon dioxide emissions by 240,000 tonnes per year (AFP)
By
AFP

Morocco postponed without explanation the inauguration of Noor-1, a solar power plant due to open Sunday in Ouarzazate, part of what will eventually be the world's largest solar power production facility.

When asked by AFP, the communications agency that organised the inauguration on behalf of Moroccan solar energy agency Masen gave no reasons for the last-minute delay.

With an electricity production capacity of 160 megawatts, Noor-1 is supposed to allow Morocco to significantly reduce emissions of greenhouse gases.

The complex should allow Morocco to cut carbon dioxide emissions by 240,000 tonnes per year, according to estimates from the energy ministry.

Once all phases are complete, Noor will be "the largest solar power production facility in the world", its developers say, covering an area of 30 square kilometres (11.6 square miles).

It will generate 580 megawatts and provide electricity to a million homes.

Morocco has scarce oil and gas reserves, and is the biggest importer of energy in the Middle East and North Africa.

The plant is part of a vision to move beyond this heavy dependency and raise renewable energy production to 42 percent of its total power needs by 2020. 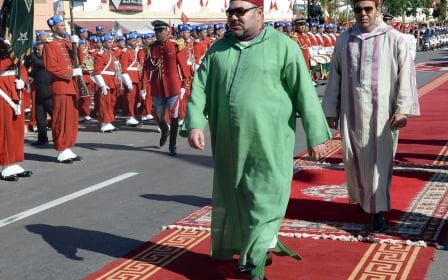