Manuel Valls also revived the controversial topic of Islamic head coverings, calling for the headscarf to be banned in French universitites Most French people believe that Islam is incompatible with the values of the country at large, the French prime minister claimed on Wednesday.

“Secularism is in our DNA,” Manuel Valls told French daily Liberation, saying that he believes in the “universal values” of France.

“The Republic [of France] was founded in opposition to the power of the Catholic church," he said. “Today, secularism is facing the rise of radical Islam, but also the place of Islam [in general] in our societies."

“I wish we were able to demonstrate that Islam, the second religion in France, is compatible with the Republic, democracy, our values and equality between men and women. A majority of our citizens doubt it," he added.

During the lengthy interview Valls also called for Islamic headscarves to be banned at universities in France.

Asked whether he would support a ban on the headscarf – not just the face covering – worn by some Muslim women at university, Valls replied that “it should be done”.

Noting constitutional difficulties entailed in implementing such a law, though, he called for authorities to be “uncompromising on the rules of secularism in higher education”.

Women’s religious attire has long been a controversial issue in France. In 2004, France became one of the first European states to ban headscarves and other religious clothing from state schools.

In 2011, then-president Nicholas Sarkozy implemented a controversial complete ban on the Islamic face veil in all public spaces. While the ban also covers balaclavas and hoods, the ban has been criticised for targeting Muslims.

A Pew Forum study, published in January 2011, estimated that there were 4.7 million Muslims in France in 2010 out of a population of around 65 million, saying that this number could rise to a forecast 6.9 million in 2030. Most of the Muslim population comes from former French colonies like Morocco and Tunisia.

Valls’ suggestion on Wednesday that the school veil ban should be extended to universities appeared to lead to fractures within his own Socialist Party.

Thierry Mandon, higher education minister, said there was “no need” for such a law.

French students “have every right to wear a headscarf – it is not banned in French society,” Mandon said.

Education Minister Najat Vallaud-Belkacem also signalled her opposition to the move, saying it could risk amounting to a ban on foreign students from Muslim-majority countries.

A growing battle over Islamic attire – and the place of Islam in France more generally – comes amid an uptick in support for far-right groups in the wake of devastating militant attacks targeting Paris and Brussels.

Valls on 5 April warned that unless there is a popular effort to fight what he called a “minority of Salafists” in France, “an authoritarian response will be imposed”. 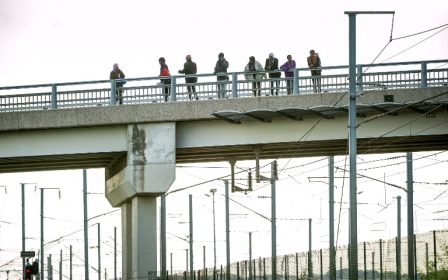