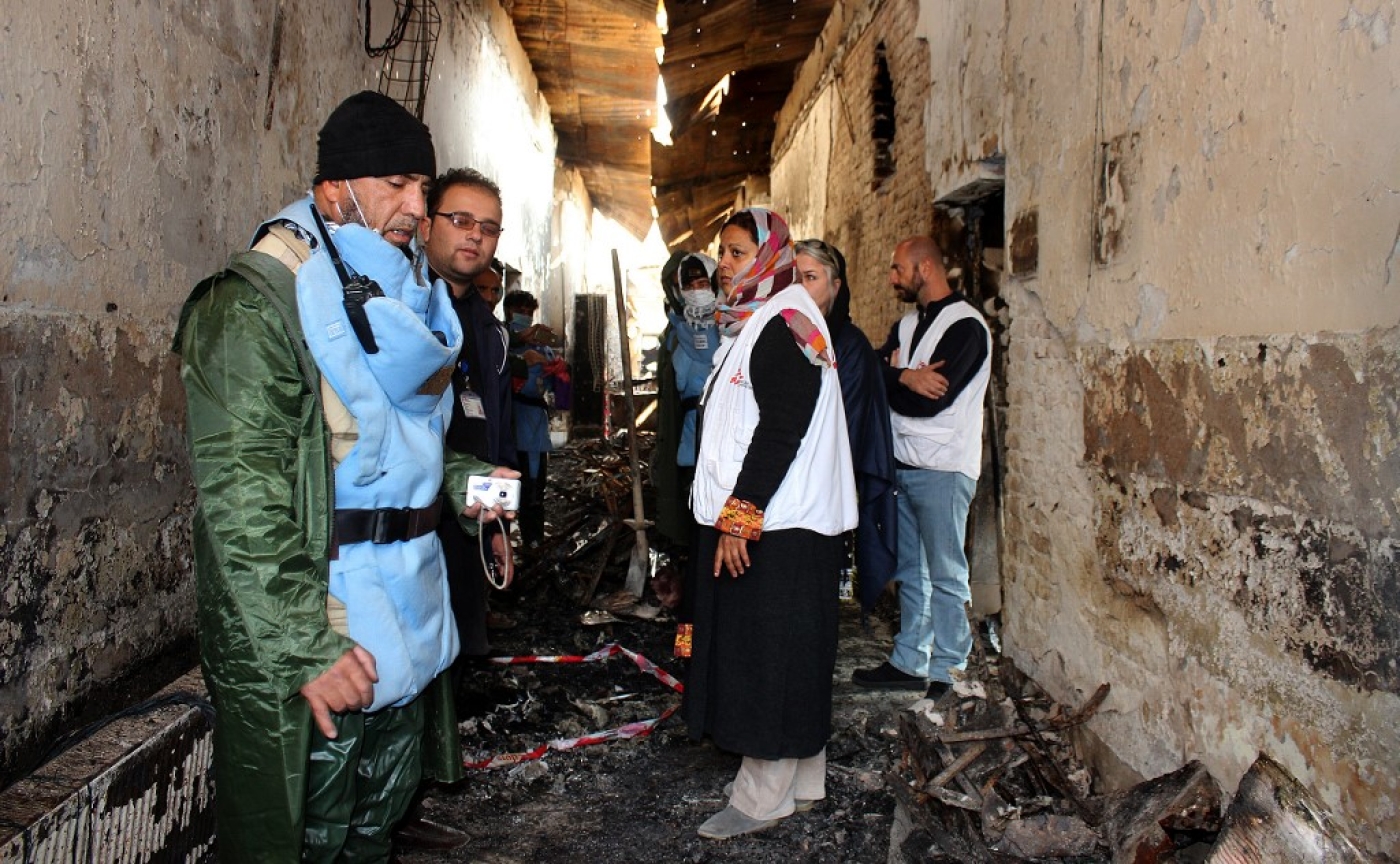 When Doctors Without Borders (MSF) accepted a $500,000 donation from Blackrock, staff members of the international medical emergency organisation said that taking money from the world's largest asset manager, which has a history of controversial investments, felt like a "gut punch".

Blackrock has investments in companies across the world including shares in arms companies and corporations that have profited from burning down parts of the Amazon rainforest.

Last month, MSF USA confirmed on its social media pages that it had received $500,000 for its coronavirus response fund from the hedge fund.

Thank you @BlackRock for the generous $500,000 grant towards our COVID-19 Crisis Fund. We are responding to the pandemic in over 70 countries, providing lifesaving care and infection control preparedness during this unprecedented global emergency. pic.twitter.com/1Cspfv2LQ5

MSF operates across the world, including in disaster and conflict zones, where it treats patients wounded by weapons produced by companies in which Blackrock has invested millions of dollars.

The NGO confirmed to Middle East Eye that MSF USA had received $3.4m from Blackrock and its employees since 2006.

Many MSF employees were not aware of Blackrock's contributions over the years before the latest donation, sparking concern among staff members that it compromises the organisation's integrity.

Dalila Mahdawi, an MSF adviser in Amsterdam, wrote in an internal debate forum that taking the Blackrock donation "betrayed" its principles and the patients it treats around the world.

"[The] donation signifies that money speaks louder than words, and cheapens the organisation's ability to live by the principles it claims to hold so dear," Mahdawi wrote, in a message seen by MEE.

"They undermine MSF's alleged intentions to address structural racism, or to demonstrate solidarity, and lend credibility to companies who are actively contributing to, and perpetuating, global harm.

"I understand the need for financial support, but there doesn't seem to be any point in trying to heal people if it's being paid for by those who hurt them."

Earlier this year, MSF staff members were accused of upholding white supremacy and colonialism, according to an internal statement signed by at least 1,000 current and former employees at the organisation.

Many staff members who spoke to MEE said the donation was an "insult" to MSF staff who died while working on the field - in particular in a US air strike in Afghanistan in 2015.

The US air strike struck an MSF facility in Kunduz, Afghanistan, killing at least 42 people, including 14 staff members, 24 patients and four relatives of patients. MSF said 200 bombs had struck the Kunduz facility in less than an hour.

'I understand the need for financial support, but there doesn't seem to be any point in trying to heal people if it's being paid for by those who hurt them'
- Dalila Mahdawi, MSF

Lockheed Martin and Boeing, which Blackrock has investments in, produced the AC-130 aircraft that the US used for the attack in Kunduz.

"I was so motivated to join MSF when I saw it call out the US after the Kunduz attack and its decision to reject funding from the European Union because of its treatment of migrants in 2015," a staff member told MEE.

"But when I saw the Blackrock donation, it felt like a gut punch. This money is tainted with the blood of MSF employees and patients. Blackrock has invested billions into companies like Lockheed Martin that have built weapons used against our patients in places like Yemen and Somalia."

Yazan al-Saadi, a former MSF employee and independent consultant based in Beirut, said he was not "surprised" by the oragnisation taking Blackrock's money and criticised its naivety in defending the donation.

"It's offensive because it's essentially bloody money, tainted money, that I know will be justified in pragmatic terms," Saadi said.

"There is also a double standard at play. MSF is already mired in accusations of racism and if this was a Russian company then alarm bells would be ringing. But because it's an American company no one said anything."

Saadi continued: "When you also take into account the amount given by Blackrock over the years, it's very little. These donations are not a serious effort by Blackrock, especially considering how much they make. Blackrock is just whitewashing their name, and MSF thinks they're doing it pragmatically, but it's not helping."

As of the end of last year, Blackrock's assets under management had reached an all-time peak of $7.3 trillion. In 2019, it recorded a net income of $4.4bn.

MSF denies that it publicly announced the donation at Blackrock's request, noting that it regularly acknowledges corporate supporters.

Blackrock had also declared that it donated to MSF in a webpage outlining its Covid-19 response.

Laurence Lombart, the director of corporate relations at MSF USA, told MEE that Blackrock had "met its corporate gift acceptance policy" and aligned with "our principles and values."

"MSF-USA carefully vetted BlackRock and determined that the company meets our corporate gift acceptance policy. Investment firms and financial institutions are not considered 'excluded industries' under this policy," Lombart said in a statement.

"Blackrock has also supported MSF's response to the refugee crisis and through other activities, including an annual employee global event to support the Missing Maps project that enables us to provide medical humanitarian aid in remote locations." 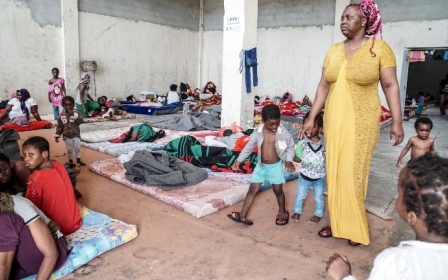