It would be 'disservice to American voters' if moderators did not heed call during next debate, CAIR's government affairs director says The Council on American-Islamic Relations (CAIR) has called on the moderators of the next Democratic presidential debate to question candidates about a recent executive order that effectively silences criticism on US campuses of Israeli human rights abuses.

The order, signed on 11 December, amended anti-discrimination laws at the Department of Education by cementing a controversial definition of antisemitism establised by the International Holocaust Remembrance Alliance (IHRA) in 2016.

On Wednesday, CAIR contacted the moderators who will host the next Democratic presidential debate, set to take place on Thursday, and asked them to bring up the order during the event so that presidential hopefuls can share their stances with the voters.

Robert McCaw, CAIR's government affairs director, told Middle East Eye that the moderators had not responded to the group's request, but said it would be "a disservice" to voters if moderators did not heed the call.

"The presidential executive order that seeks to silence campus criticism of Israeli human rights abuses is a trending story, and it would be a disservice to American voters if they did not bring it up," McCaw said.

CAIR, along with many other rights groups, has been a vocal opponent of IHRA's definition of antisemitism, which has already been adopted as law in several US states and European countries.

Under the IHRA's definition, saying the "State of Israel is a racist endeavor" would fall under antisemitic behaviour, as would criticising the actions of Israel without also highlighting abuses of other countries. 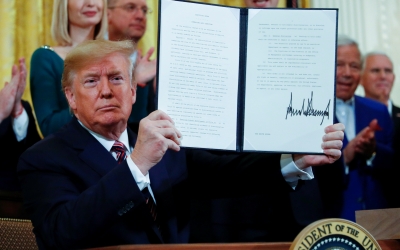 "This executive order conflates the vile bigotry of antisemitism with the First Amendment - protected speech of students and faculty across the country protesting the Israeli governement's human rights abuses against Christian and Muslim Palestinians," McCaw told MEE.

One major concern of activists is that under the adopted IHRA definition, any statement in support of the pro-Palestinian Boycott, Divestment and Sanctions (BDS) movement would be considered antisemitic.

The BDS movement seeks to pressure Israel economically and politically to end its abuses against Palestinians.

While the IHRA definition does not mention BDS, on the day of the signing, US President Donald Trump said that the executive order targets the movement.

"We forcefully condemn this antisemitic campaign against Israel," he said of BDS at the time.

"This is our message to universities: If you want to accept the tremendous amount of federal dollars that you get every year, you must reject antisemitism; it's very simple," Trump said.

In a statement released on Wednesday, CAIR said its chapters across the country plan to work with local allies, students and educators to protect free speech and academic freedom from the Trump administration's order. 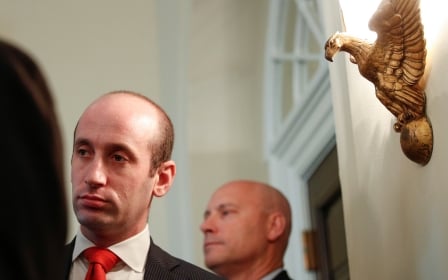 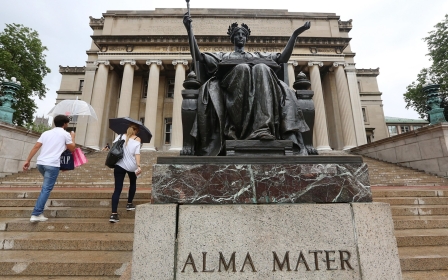