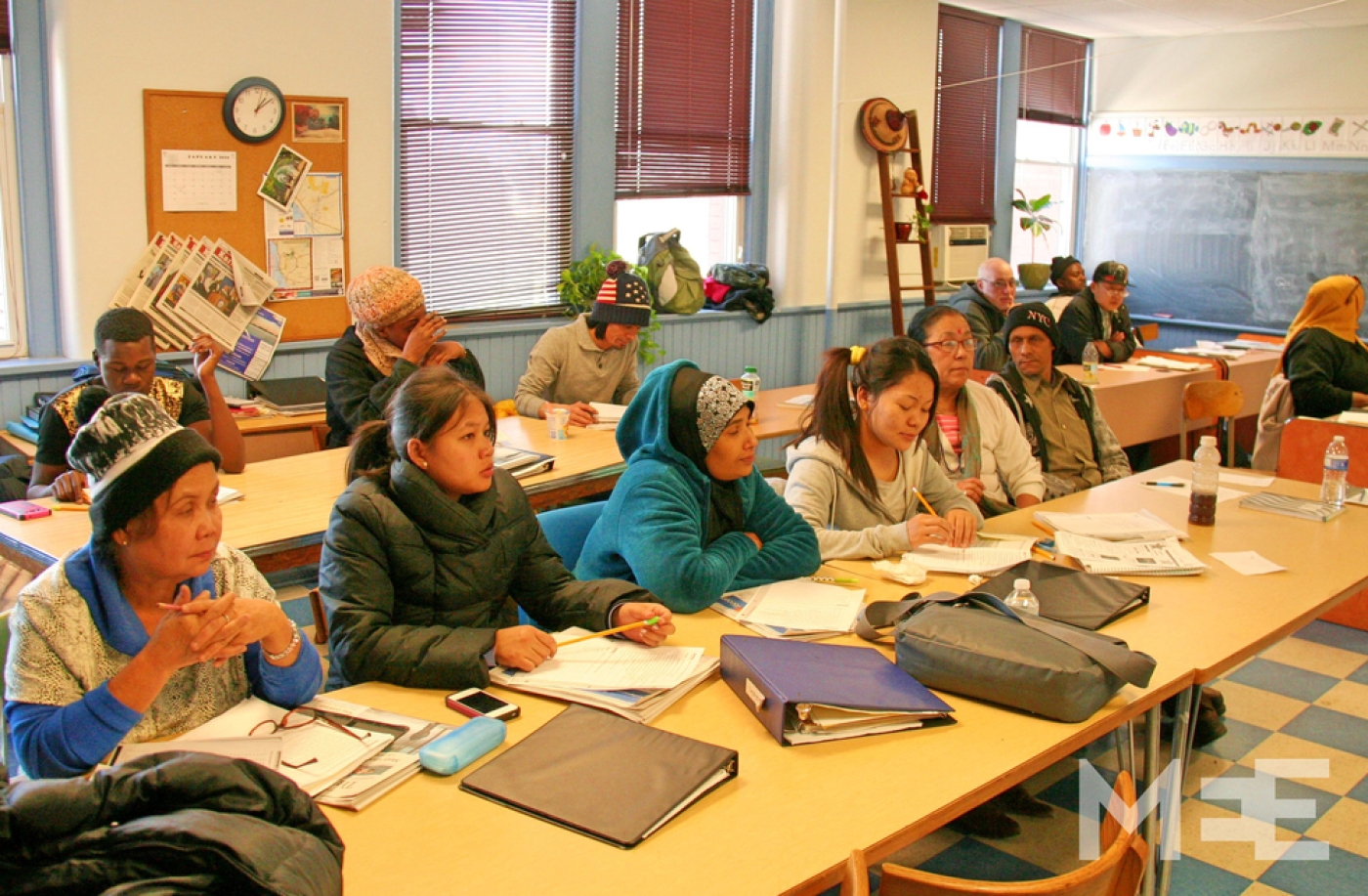 BUFFALO, United States – From listening to right-wing politicians or liberal rights groups, it could appear that Middle Eastern refugees in the United States are either undercover militants or browbeaten victims of anti-Muslim hate crimes, with little else in between.

But visit a mid-size city like Buffalo, a chilly corner of upstate New York with a booming refugee population, and the reality is quite different. There are no anti-immigrant protests, no graffiti-daubed mosques. Muslim refugees do not wear suicide bomb vests under their goose-down winter wear.

Take Asal Barem, an Iraqi refugee and mum-of-two who came to the US in 2013. She is well spoken, neatly dressed and demure, and works in a centre helping other refugees. She says that her new home, also known as the City of Good Neighbours, has lived up to its name.

“So I don’t actually feel that tension, not at work, not in my kids’ school. They are doing really well and the schools are great. I never had any incident.”

The battle for the Republican nomination in the 2016 presidential race has seen candidates bad-mouth refugees. After last year’s deadly attacks in Paris and San Bernardino, California, property tycoon Donald Trump called for a ban on all Muslims from entering the US.

His main rival, Senator Ted Cruz, said some refugees resettled from “high-risk countries” should be sent back. Other Republican candidates reject US President Barack Obama’s decision to let in 10,000 Syrians this year and increase the annual refugee intake to 85,000.

Barem, who fled Iraq after her husband’s life was threatened in the chaos that followed the US-led invasion of 2003, said she was disappointed by the presidential wannabes for abandoning American values, such as non-discrimination.

“It’s been hard since September 11 but I wish people could understand that refugees are different,” Barem told MEE.

“I understand their fear, they have the right to be afraid and they just want their country to be safe. But those refugees didn’t choose to be here. And it’s not easy; it took me five years to get approval.”

US refugee agencies target cities such as Buffalo for their relatively low rents. The Buffalo area in upstate New York received 1,380 of the 4,085 refugees to settle in New York in 2014, mostly from Iraq, Somalia, Bhutan, Myanmar and Congo.

Today, 8.4 percent of Buffalo’s population was born overseas and 15.6 percent speaks a language other than English at home, according to the US Census Bureau, which counts refugees, immigrants and other newcomers together.

Though refugees are often derided as unschooled, work-shy scroungers, there is much evidence to the contrary. Buffalonians point to the once-derelict and crime-ridden West Side of Buffalo where many refugees have rebuilt their lives.

“I’ve lived in the area for years, and before the refugees, the neighbourhood was run-down and abandoned and the difference that the strip on Grant Street has made – it’s like a renaissance,” Thorpe told MEE.

According to a 2013 report by the Fiscal Policy Institute and the Council of the Americas, called Bringing Vitality to Main Street, more than 16 percent of high street businesses in the Buffalo region are owned by entrepreneurs from overseas.

“Immigrants bring new energy. They bring new foods. They bring different culture and economic vibrancy,” said Buffalo’s Mayor Byron Brown. “When it comes to economic development, immigrants are more willing it appears to take risks than other members of the community.”

Buffalo needs a shot in the arm.

It was once an industrial powerhouse for steel, iron and foodstuffs, thanks to the building of the Erie Canal trade route and the harnessing of waterpower from the nearby Niagara River and its majestic waterfalls, both in the 19th century.

But as trains and trucks replaced barges in the 20th Century, Buffalo was sidelined. Its peak population of 580,000 in the 1950s plummeted to 259,000 nowadays as factories shuttered and the region was ignominiously labelled the “rust belt”.

According to Brown, refugees and immigrants may help the city record its first population growth for generations in the 2020 census. While refugees may be unpopular in parts of the US, their boost to Buffalo’s flagging economy is much needed.

“In around 1900, Buffalo was one of the world’s wealthiest cities, thanks to its proximity to Canada and the Great Lakes. We had a lot of industry and big grand houses, but the bottom dropped out and people started leaving,” Hilary Weaver, a Buffalo University scholar, told MEE.

“This created an interesting space that could become welcoming to refugees. We had a lot of housing stock, a very low cost of living, and we began to develop an infrastructure, including four resettlement agencies, that is seen in very few places in the US.”

Of course, not everyone wants to roll out the red carpet to refugees. After the attacks in Paris and San Bernardino, both linked to or inspired by the Islamic State (IS) group, county lawmaker Joseph Lorigo said “the risk to our community” of letting in Syrians “is far too great”.

His words have substance. Many Buffalonians point to Yemeni-American immigrants in nearby Lackawanna, where in 2002 the so-called Lackawanna Six were arrested for attending an al-Qaeda training camp in Afghanistan shortly before the 9/11 terror attacks.

Refugees are screened by several security agencies before coming to the US, but the system is not perfect. This month, two Iraq-born Palestinian men who lived in the US as refugees were arrested in Texas and California on terror-related charges.

That creates a challenge for other refugees, said Ali al-Jebori, a chemical engineer who came to the US in 2009 after fleeing Iraq.

He has faced no big problems since reaching the US, but he knows what many Americans think. Despite vote-seeking rhetoric on the campaign trails, the US is a mostly-welcoming country where newcomers can get ahead, he said.

“It is 6,000 miles between Buffalo and Baghdad and it is our responsibility to prove that we are good,” al-Jebori told MEE.

“If I am a Muslim, be a good Muslim, I will have zero bad experience, zero issue. If I see other Muslims from the community doing bad things, I must have the nerve to speak out.” 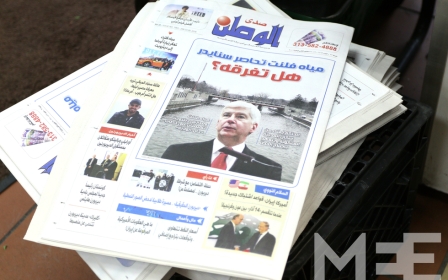 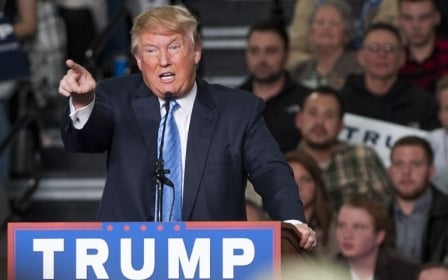 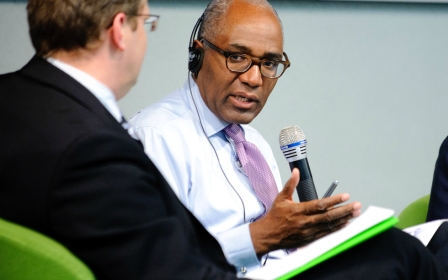