Vivien Duffield said that she strongly opposes Israel's policies, but would not dream of expressing her opinion to fellow British citizens 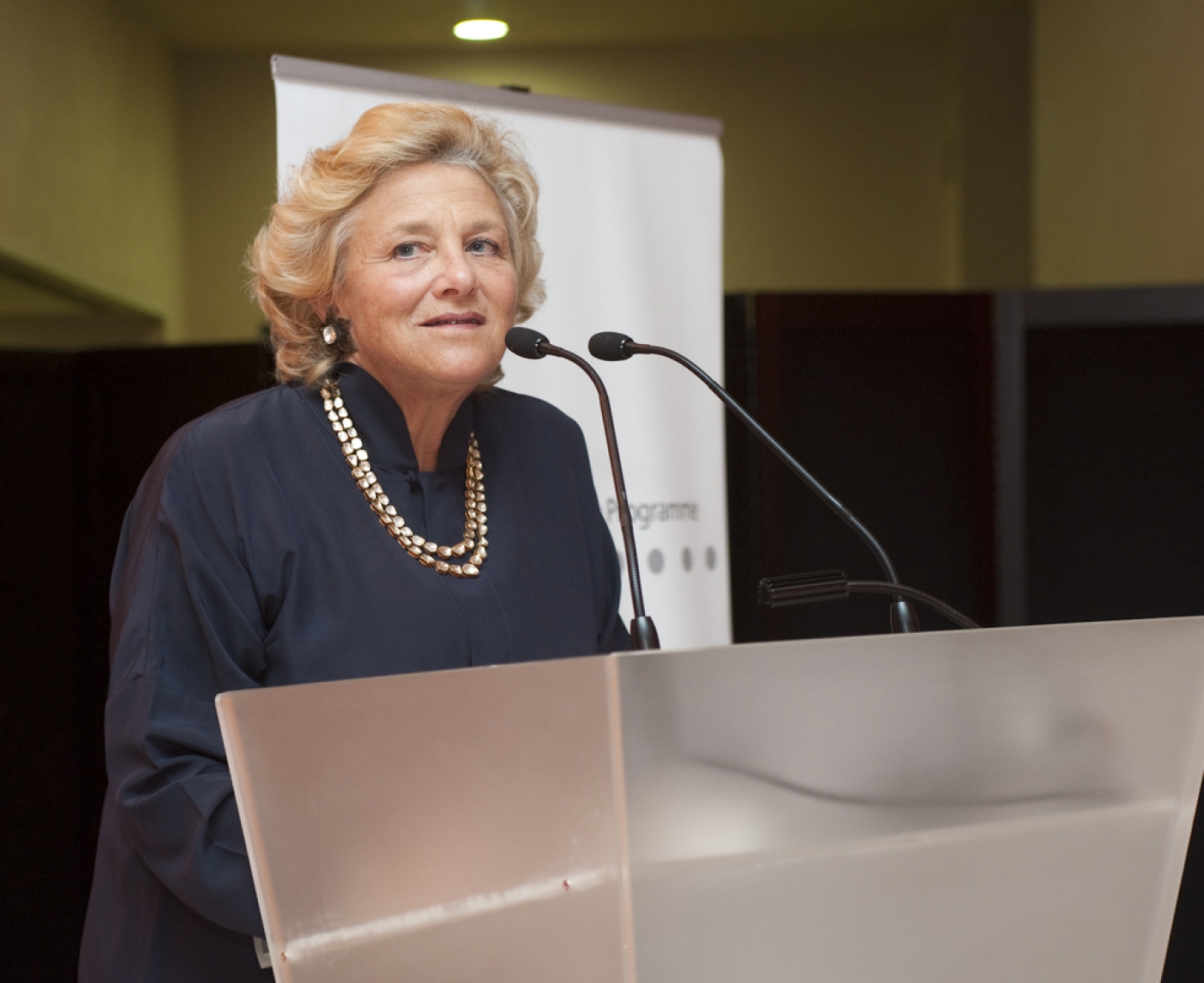 Dame Vivien Duffield, one of Britain's most prominent donors to Israel, called the Jewish nation-state law "apartheid" and said that "my Israel has died" in an interview in Hebrew with Haaretz, published on Tuesday.

Duffield, 72, is the chairman of the Clore Duffield Foundation in Israel, which has donated millions of British pounds since 1979 to build libraries, parks, shelters for battered women, houses for Israel's Association for Children with Disabilities, classrooms and clinics, among a long list of philanthropic efforts.

'To be honest, 'my' Israel has died. The Israel that I knew and loved is no more'

She also donates money to the Weizmann Institute of Science in the Israeli city of Rehovot and the Tower of David Museum in the citadel of the Old City in occupied East Jerusalem.

“To be honest, 'my' Israel has died. The Israel that I knew and loved is no more,” Duffield was quoted as saying.

“I’m a very pragmatic person, but do I like what has been going on in Israel in the past few years? No. I hate what is going on there.”

Duffield is well-known in the United Kingdom, where she is currently the chairman of the Royal Opera House Endowment Fund, the director of the Southbank Centre board and a governor of the Royal Ballet.

Her foundation has supported famous art and cultural organisations in the UK such as the Tate Museum, the British Museum, and the Natural History Museum, to name a few.

The daughter of Sir Charles Clore, one of Britain’s most successful post-war businessmen, she visited the newly established state of Israel for the first time in 1955 when she was only nine years old.

"Hatred is a strong word, but I detest the processes Israel is going through. In my opinion, the vote in the Knesset on the nation-state law, all the latest laws that Israel has passed, are appalling. Dreadful. The new nation-state law is apartheid, it’s South Africa," she said.

The nation-state law is part of Israel's so-called basic laws which act as a de facto constitution and was passed in the Knesset last month.

The new law makes no mention of equality nor democracy, meaning that the country's Jewish character is granted priority over Palestinian, Druze and Circassian citizens of Israel.

It declares Israel to be officially a nation-state of the Jewish people and makes Hebrew the country's national language. Arabic, previously considered an official language, was granted only special status.

It also describes the building of Jewish settlements as being in the Israeli national interest.

“It’s one law for one group and another for a second group, and that’s repulsive," Duffield told Haaretz. "There are two million Arabs in Israel and obviously, they have their own language. It’s impossible not to recognise [officially] the language spoken by millions of citizens.”

Duffield told Haaretz that she visited Israel just after the 1967 Arab-Israeli war settled, and suggested investing in Palestinian towns in the occupied West Bank, but Israelis laughed at her.

"Today, the situation is getting worse, more and more settlements are being built. I think Israel won't survive in the end. Not the Israel that I knew. I honestly do not think that in 50 years Israel will exist as Israel. Look at the demography, how many Arabs will there be in another 50 years?" she asked.

Duffield pointed the finger at Israeli Prime Minister Benjamin Netanyahu, saying that every step he makes is a "catastrophe".

Meanwhile, Duffield said her donations were contributing to the fight against attempts to erase Muslim and Christian cultures in the city, saying that "Jerusalem is not a Jewish city but a multicultural one".

Duffield said she was not influenced by the Boycott, Divestment and Sanctions (BDS) movement, and that she had donated money to anti-BDS campaigns in the UK and Israel.

The BDS movement has played a prominent role in raising international awareness of Israeli crimes against Palestinians, and has been successful in convincing artists not to perform in Israel.

In July, it was a driving force behind the Irish Senate vote moving forward a bill that would halt imports of products from Israeli settlements, deemed illegal under international law.

Duffield said that she strongly opposes Israel's policies and express her opinion to the Israelis, "but I would not dream of expressing it to Englishmen".

"It is very difficult to defend Israel right now, to represent it in England or elsewhere."