Hundreds of people share photos, memories of Palestinian grandmothers with #mypalestiniansitty after Israel halts visit by US congresswomen 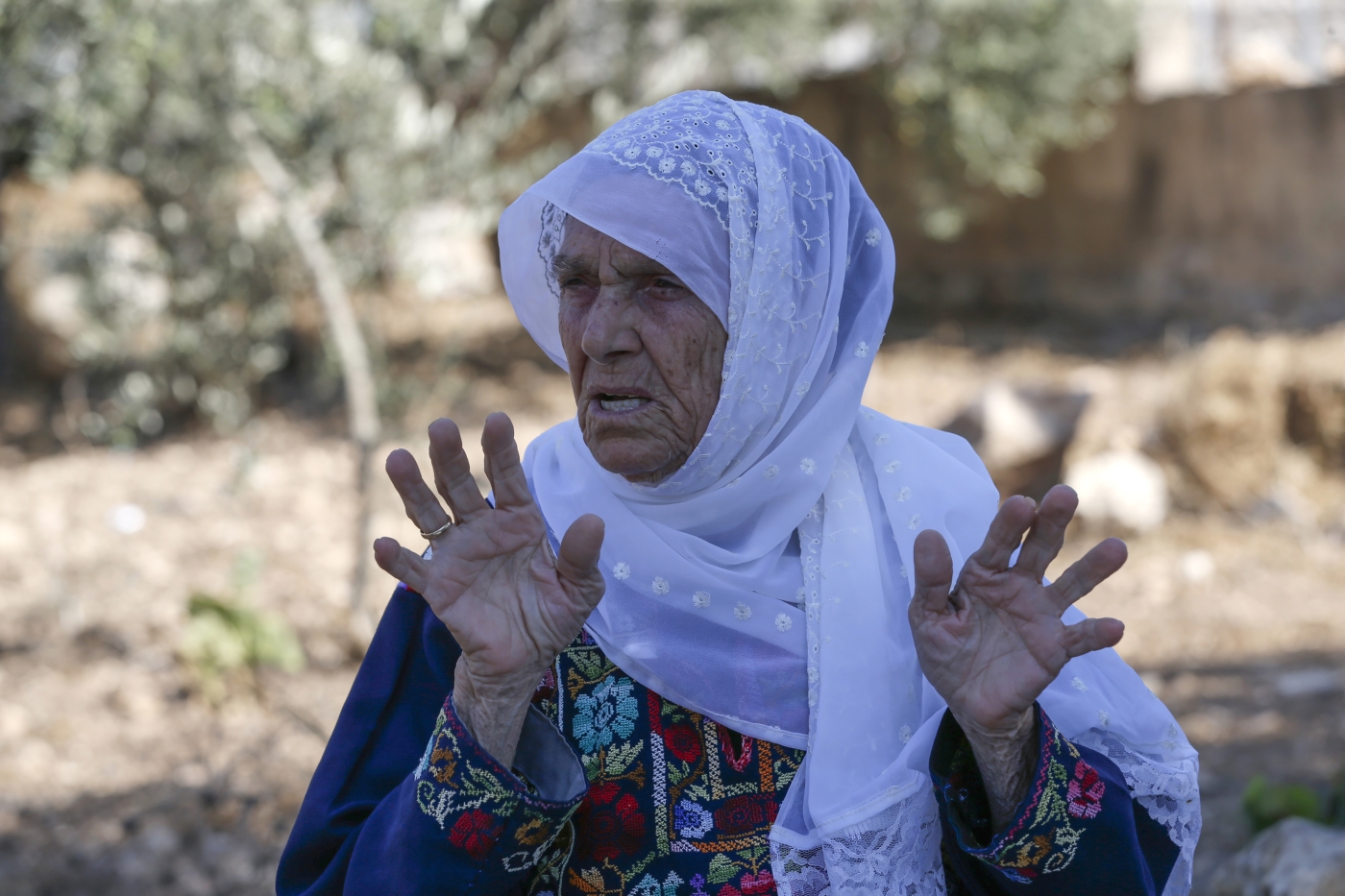 Social media users are sharing photos and stories of their Palestinian grandmothers on Twitter to show support for US Congresswoman Rashida Tlaib, who was barred from visiting the West Bank and East Jerusalem by Israel.

Last week, Israel announced their plans to bar Tlaib and US Congresswoman Ilhan Omar from entering the Palestinian territories over their support for the Boycott, Divestment and Sanctions (BDS) movement, which seeks to pressure Israel to end its abuses against Palestinians.

This is how I always remember #mypalestiniansitty- smiling, singing, and bringing joy to all around her. Unfortunately, because of my strong Palestinian activism, I may also be barred from entering Palestine to see her. But she is proud of all I do, every day ✊🏽🇵🇸❤ pic.twitter.com/aKlAMY4n7S

Tlaib later cancelled her trip to Israel and the occupied Palestinian territories, saying that the decision to allow her to enter on "humanitarian grounds" was "meant to humiliate her".

"Visiting my grandmother under these oppressive conditions meant to humiliate me would break my grandmother's heart," Tlaib, who is Palestinian-American, continued.

"Silencing me with treatment to make me feel less - that is not what she wants for me – it would kill a piece of me that always stands up against racism and injustice."

On Twitter, the hashtag #mypalestiniansitty was trending where hundreds of people shared photos of their "sitty," the Arabic word for grandmother.

#MyPalestinianSitty survived the Deir Yassin massacre, the first village that was ransacked before the Nakba strikes with the purpose to set an example for other Palestinian villages if they didn’t surrender. Out of 600 villagers, over 200 were murdered. We will never forget. pic.twitter.com/5BNum6GeqF

The hashtag was used to highlight how the Israeli occupation has affected families living in occupied Palestine.

This is the only photo I have of #MyPalestinianSitty . I know only stories of her trauma. She was among those ethnically cleansed from Ein Karem, birthplace of John the Baptist. She survived, fleeing to Bethlehem with her family. pic.twitter.com/mnLas9J7HJ

Tlaib shared a photograph of her grandmother on Twitter a few hours after Israel announced its decision to bar her entry. "This woman right here is my sitty [grandmother]. She deserves to live in peace & with human dignity. I am who I am because of her," she tweeted.

Tlaib's grandmother, 90-year-old Muftiya, told Middle East Eye of her plans to welcome the congresswomen home last week, when the trip was still planned to go ahead.

"I'm going to prepare all the Palestinian food that her heart pleases and we will pick figs off the trees together."

Muftya Tlaib was not impressed by the decision to ban the congresswomen from visiting. "Trump tells me I should be happy Rashida is not coming," she said. "May God ruin him."

#MyPalestinianSitty is trending and I am overcome with emotions realizing how we are finally humanizing one of the world’s most dehumanized peoples.