Murad, one of thousands of Yazidi women taken captive by IS militants, honoured for 'efforts to end use of sexual violence as a weapon of war' 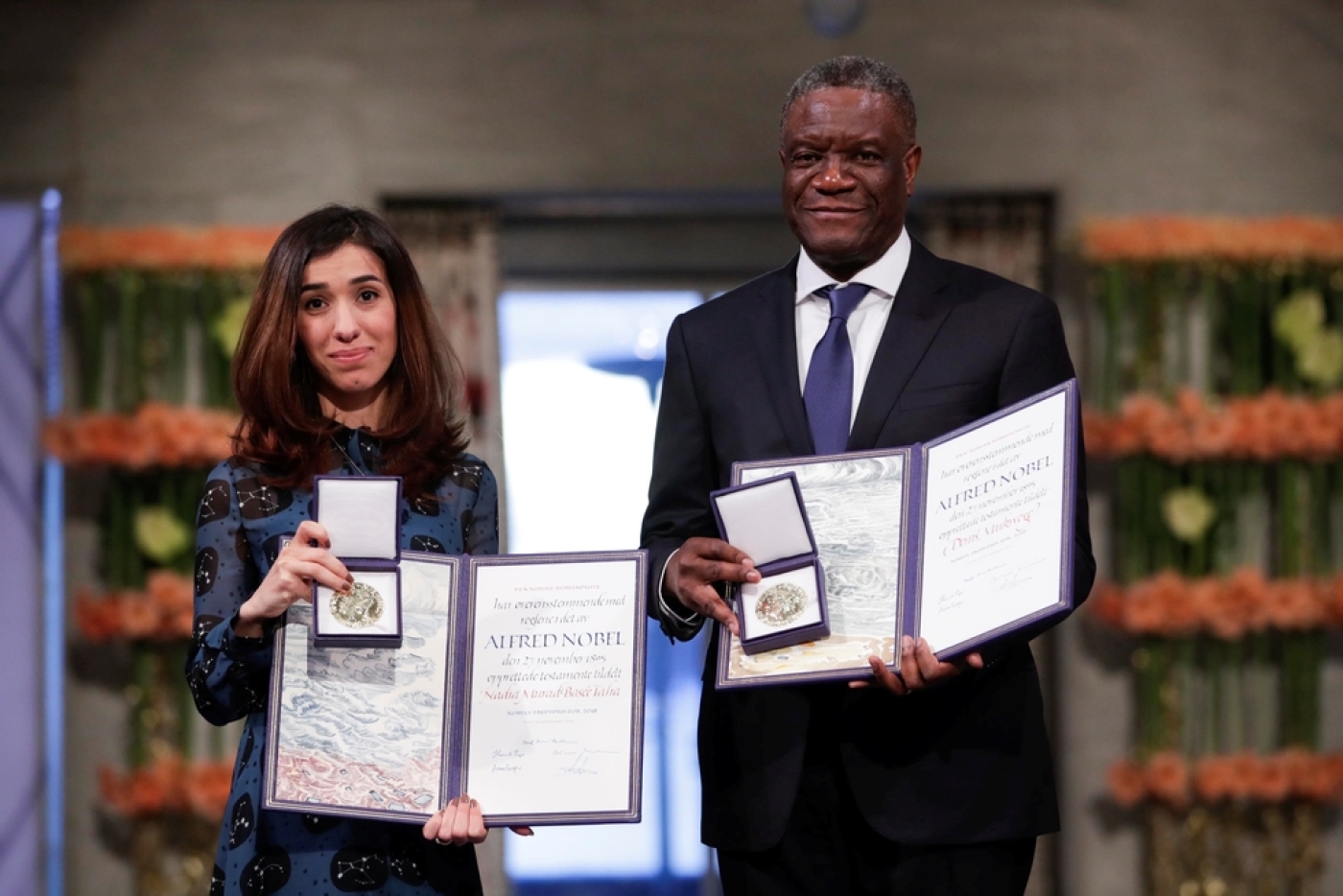 Nadia Murad on Monday became the first Iraqi citizen to receive the Nobel Peace Prize in the award's history, after escaping the brutality and sexual violence of the Islamic State (IS) group in 2014.

The 25-year-old shares the prize with Congolese doctor Denis Mukwege for their "efforts to end the use of sexual violence as a weapon of war".

During the award ceremony in Oslo, Murad called for justice to be given to victims of sexual violence in conflicts around the world.

"The fact remains that the only prize in the world that can restore our dignity is justice and the prosecution of criminals," she said on Monday.

"For me, justice does not mean killing all of the people who commit these crimes against us."

She said it meant that those who committed crimes against Yazidis should be "punished for those crimes specifically".

Murad once lived in the mountain village of Kocho near the Yazidi stronghold of Sinjar in northern Iraq, close to the border with Syria.

But in August 2014, IS fighters swept into her village, killing the men, taking children captive and condemning thousands of women to a life of forced labour and sexual slavery.

Murad was taken to Mosul, the Iraqi "capital" of the IS's self-declared caliphate, where she was held captive and repeatedly gang-raped, tortured and beaten.

IS fighters wanted "to take our honour, but they lost their honour," said Murad.

The Yazidis, who numbered around 550,000 in Iraq before 2014, were seen as heretics by the IS militants who overran their villages. Since then, some 100,000 have left the country.

The Kurdish-speaking community follows an ancient religion, revering a single God and the "leader of the angels", represented by a peacock.

Like thousands of Yazidis, Murad was forced to marry an IS militant, beaten and - in contrast to the official wives of IS leaders - made to wear makeup and tight clothes.

"The first thing they did was force me to convert to Islam," Murad told AFP in 2016.

She set about trying to escape and managed to flee with the help of a Muslim family from Mosul. Using false identity papers, she crossed to Iraq's Kurdish region, joining crowds of other displaced Yazidis in camps.

With the help of an organisation that assists Yazidis, she was reunited with her sister in Germany, where she lives today. Even there, she says she is still fearful for herself and other innocent women.

"I am a happy person, I am an outgoing person, I do not want to live in fear," she told reporters at a press conference on Sunday, saying she has dedicated herself to "our peoples' fight".

She and her friend Lamia Haji Bashar, joint recipients of the EU's 2016 Sakharov human rights prize, have campaigned to reveal the fate of 3,000 Yazidis who remain missing, presumed still in captivity.

The Yazidi cause has won a high-profile supporter - Lebanese-British lawyer and activist Amal Clooney, who also penned the foreword to Murad's book, The Last Girl, published in 2017.

That same year, the UN announced it would begin gathering evidence on IS war crimes, crimes against humanity or genocide that would be used to try militants in Iraqi courts.

Announcing the Nobel winners in October, chairwoman Berit Reiss-Andersen said: "A more peaceful world can only be achieved if women and their fundamental rights are recognised and protected in war."

Murad was in the United States when she heard about her prize, and said she was "scared" initially.

"The first thing that came to my mind was my mother, I cried a lot," she said on Sunday.

"It was very difficult, I have received the Nobel Peace Prize from the hardship, the difficulties that all these people have faced and the work we have done."

In contrast to all the tragedies, Murad's Twitter feed show happier times. In August, she announced her commitment to fellow Yazidi activist Abid Shamdeen.

"The struggle of our people brought us together, and we would continue this path together," she wrote. 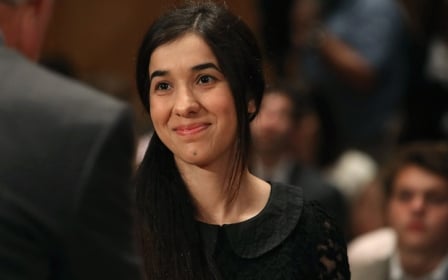