Nation of Islam rallies followers in Detroit amid rise in Islamophobia 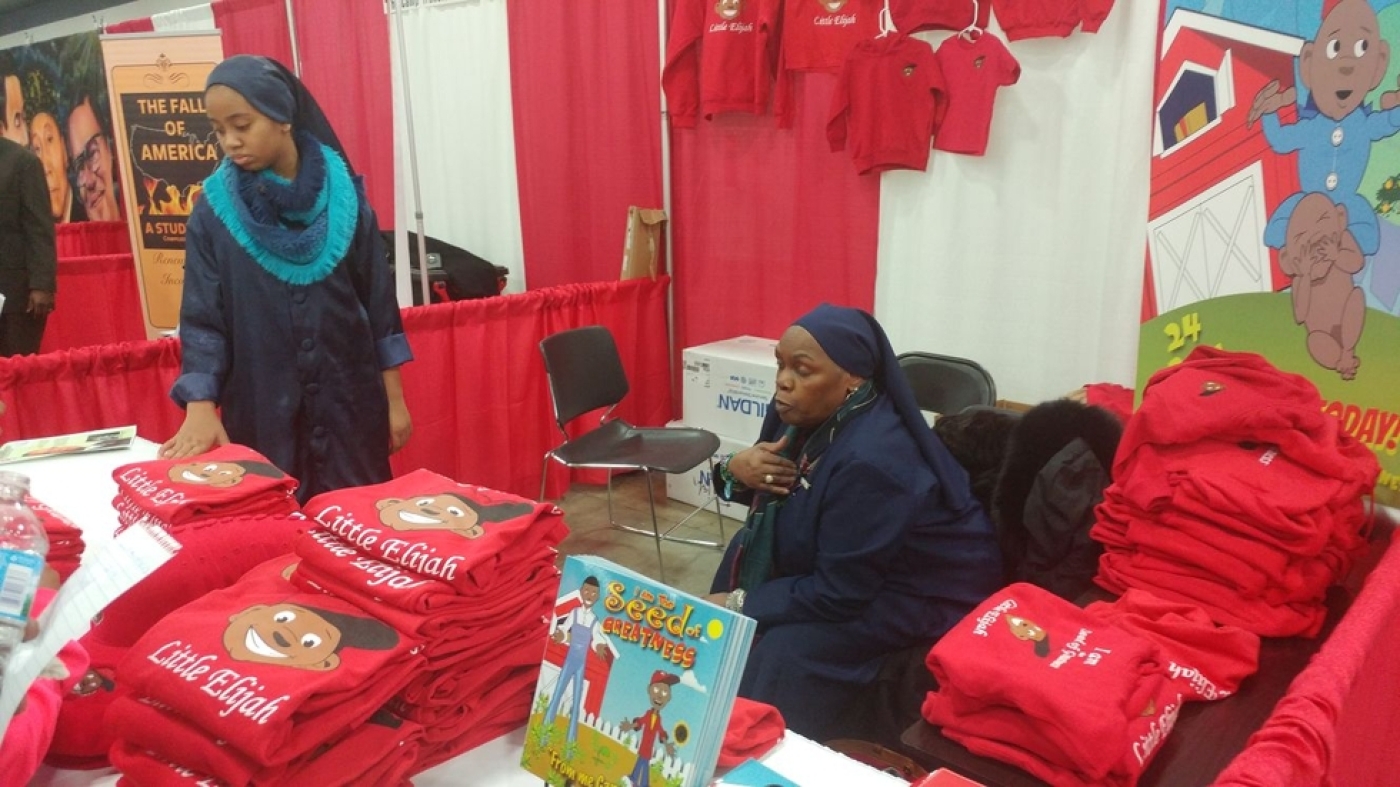 Hatred of Muslims in the United States is nothing new, said the editor in chief of the Nation of Islam’s newspaper, the Final Call.

While Islamophobia came to the surface after the 9/11 attacks and saw a resurgence under President Donald Trump, Richard B Muhammad said the Nation of Islam has witnessed it throughout its 87-year history.

Followers of NOI were gathered for a four-day conference from 16-19 February in Detroit, the cradle of the organisation that advocates for black liberation under the banner of Islam.

The African American nationalist group and its leader, Minister Louis Farrakhan, have faced allegations of anti-Semitism, racism and homophobia. The Southern Poverty law Center says NOI has a "prominent position in the ranks of organized hate".

But Muhammad pointed to the attendees of the conference, highlighting the level of respect between members, saying that the group is about justice and equality, not racial supremacy.

'Our aim is the spiritual, mental, social and economic --political if you will-- resurrection of our people'

Men in elegant suits, many of them with short hair brushed to the side, mirroring Farrakhan's appearance, stood graciously greeting everyone who came by. The women looked more uniform - they mostly wore long, dark-blue dresses with matching pants beneath them. Female attendees, or the sisters as they are called within the group, covered their heads with scarves that held their hair firmly from the front but hung loose in the back, resembling a nun's apostolnik more than a traditional hijab.

"Assalamu Alaykum (peace be upon you)" - the Arabic words of the traditional Muslim greeting were heard almost constantly among the members, but pronounced quickly by attendees as they greeted each other, it was not fully enunciated, sounding more like "samulaykum".

Followers of the group also wished each other a happy Saviors' Day, the occasion that celebrates the group's founder, WF Muhammad, which they are in Detroit to observe.

As a part of the conference, which was expected to draw about 30,000 people, NOI established a bazaar where vendors sold artworks, books, beauty products, and T-shirts, a vibrant space where shoppers interacted gleefully.

"This is us, in a country filled with violence,” Muhammad, the editor, told Middle East Eye, illustrating a contrast between his view of the group versus the state of the American nation.

‘Resurrection of our people’

Muhammad said NOI's mission has not changed since the movement began in 1930.

"Our aim is the spiritual, mental, social and economic-political, if you will - resurrection of our people, black people in America, who have been the most degraded," he told MEE.

Muhmmad added that the broader goal of the group is to promote freedom, justice and equality of all people regardless of ethnicity.

He rejected the notion that the Nation is an exclusive organisation, saying that the group enjoys good relations with Muslims in the US and around the world.

"The Nation of Islam has spoken boldly on behalf of all Muslims, while at the same time understanding the unique situation where American society has placed those of us who are the descendants of former slaves," he said.

Muhammad said enemies of change who fear the equality sought by the Nation often paint the group as hostile.

Farrakhan is a controversial figure who has been accused of hate speech and anti-Semitism. Politicians, faith leaders and celebrities who have praised the minister have come under attack.

Muslim Congressman Keith Ellison, who is vying for the leadership of the Democratic Party, has recently been slammed for his past ties to NOI.

During his run for Congress - he was elected in 2006 - Ellison disavowed the Nation and Farrakhan.

"I have long ... distanced myself from and rejected the Nation of Islam due to its propagation of bigoted and anti-Semitic ideas and statements, as well as other issues," Ellison wrote in a 2006 letter.

Farrakhan has been quoted as saying that Jews have control over US politics. He has also said that Jewish bankers financed the Holocaust by funding Nazi Germany’s Adolf Hitler.

The NOI leader, however, denied charges of anti-Semitism and said that white politicians and media personalities have also bemoaned the strength of pro-Israeli lobbies in Washington.

Muhammad told MEE that such accusations stem from Farrakhan's defence of Jesse Jackson, an African American civil rights leader who made "unfortunate remarks" about New York City’s Jewish residents while running for president in 1984.

"These are the same lies that are told about Muslims, Arab Americans as well. We are not the only ones to be called anti-Semitic by those who are Zionist, or by those who oppose a balanced policy in the Middle East," he said.

Muhammad added that Farrakhan has called for dialogue with Jewish organisations and asked to be shown where he was wrong, offering to apologise if proven at fault.

"These false accusations against the minister are part and parcel of Islamophobia," he said.

The Nation of Islam advocates for black separatism. Since its inception, the group has believed that African Americans are a people without a state.

According to Muhammad, the idea of separatism stems from the yearning for full citizenship. He said African Americans largely live in their own neighborhoods already because of segregated nature of the US urban and suburban terrains.

The editor said if black Americans were treated as equal citizens, there would not be a need for the Black Lives Matter movement or a struggle for the right to vote.

"We are already separate," he told MEE. "The question is under what terms will we be separate."

After Trump proposed his infamous Muslim ban in November 2015, Farrakhan has said that Trump would be "wise to vet" anyone coming into the US from the Muslim world because US policies in the Middle East have caused destruction and hatred.

Muhammad, however, said the Nation does not support Trump's travel ban or any discriminatory policies in any way.

"No one should be deprived of their human or god-given rights. We see any unreasonable restrictions on the rights of people as being wrong," he said.

He added that Farrakhan said the US should be careful because of what it has done in the world, "lest her own evil comes back home".

Farrakhan was due to deliver a speech to followers in Detroit on Sunday.

Several NOI members approached by MEE refused to speak on the record. One man said the group's leadership warned attendees against talking to the media. 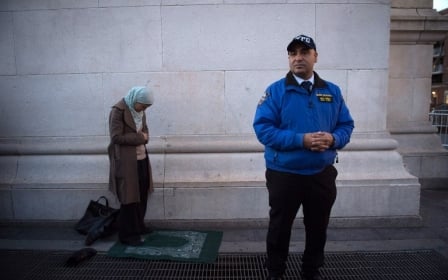