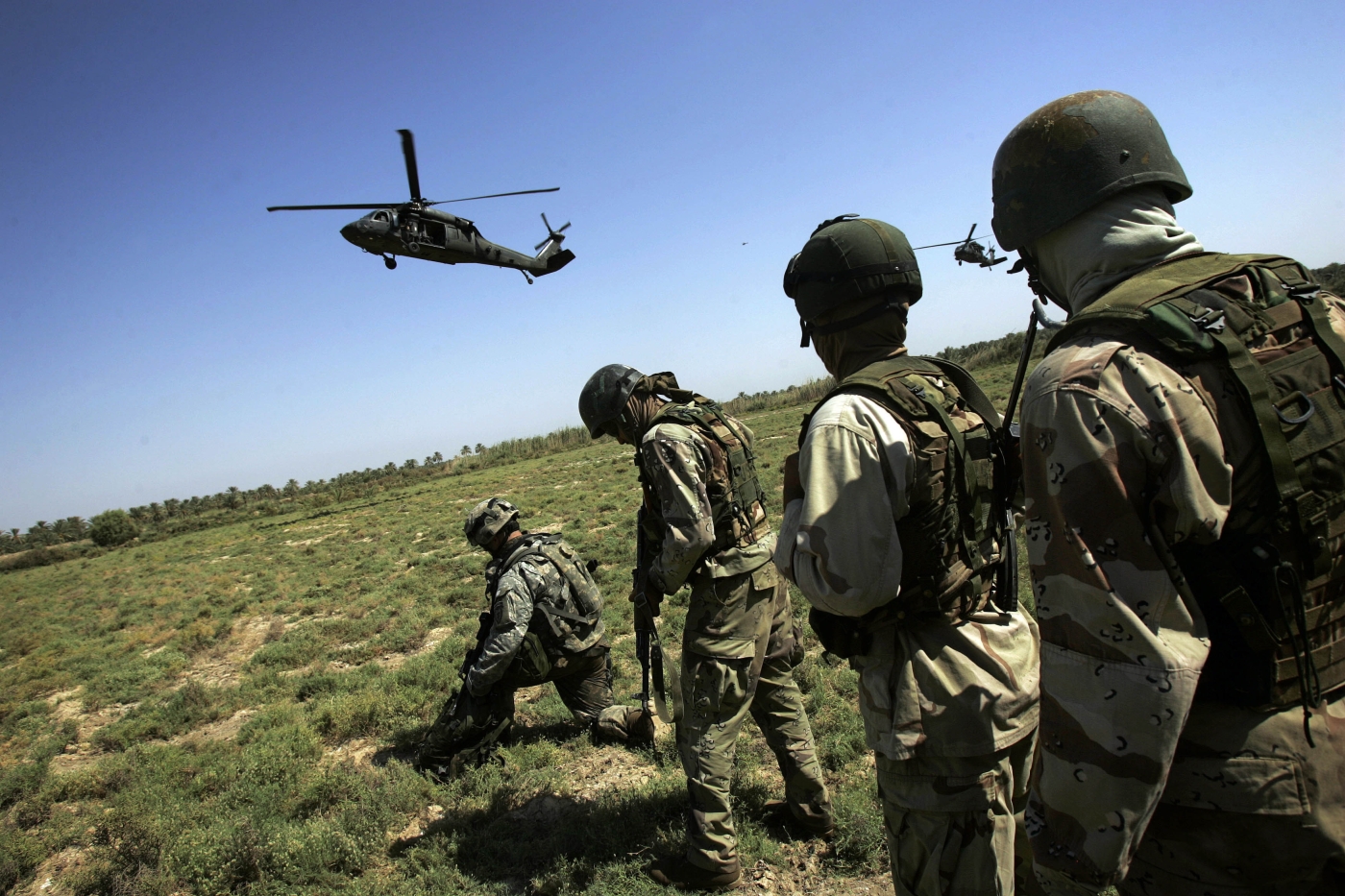 Allegations against an elite US Navy SEAL, Special Warfare Operator Chief Edward Gallagher, are among the most shocking that have come to light since American forces deployed to Afghanistan and then Iraq in the wake of the 9/11 attacks.

Gallagher is accused of firing a heavy machine gun into residential neighbourhoods, using a sniper rifle to murder Iraqi civilians and of stabbing to death a detained teenage member of the Islamic State (IS) group.

His case, which will come to trial later this month, has become mired in controversy, with his wife, relatives, Republican lawmakers and even US President Donald Trump signalling varying degrees of support for the decorated combat veteran.

Other observers say the case spotlights a crisis in America's commando units, which bear an ever-greater burden in seemingly endless wars, and in which close-knit camaraderie can cover up dangerous - perhaps even psychopathic - wrongdoing.

Bradley Strawser, a professor of philosophy and ethics at the Naval Postgraduate School in Monterey, California, warned that Gallagher's case has fallen victim to the bitter divisions that characterise American politics in 2019.

"These are very serious allegations that need to be handled carefully and judiciously," Strawser told Middle East Eye.

"But they're being turned into the latest political football in America’s culture wars."

The claims all relate to Gallagher's deployment to Mosul, in northern Iraq, in 2017. US Special Operations Forces were fighting alongside Iraqi troops to take back parts of the city from the self-declared "caliphate" of IS.

According to witnesses, Gallagher used his sniper rifle to kill civilians, including a girl donning a hijab as she walked along a riverbank with friends and an unarmed elderly man with a white beard. He allegedly bragged about the number of people he had killed.

Members of Gallagher's Alpha platoon have reported that they were so disturbed by his behaviour that they tampered with his sniper rifle to make it less accurate, and would fire warning shots to make civilians flee before he could shoot at them. In May 2017, Iraqi forces captured a wounded IS militant that was about 15 years of age.

As the youth was being treated, Gallagher stabbed him in the neck and side several times, witnesses said. He then posed for a photo beside the dead teen and performed a re-enlistment ceremony while a teammate held up a US flag, they said.

Soldiers from his unit repeatedly tried to alert their superiors to his behaviour but without success, prosecutors say. Despite being threatened with reprisals, the whistleblowers eventually managed to take their concerns to a higher-ranking officer.

The moustachioed platoon commander from SEAL Team 7 was arrested in September and has been held at a navy base in San Diego, California, where he faces a military tribunal for premeditated murder, attempted murder and obstruction of justice, beginning on 28 May.

Gallagher, 39, denies the charges. The court can sentence him to life in prison if he is convicted.

For his wife and relatives, who have appeared on Fox News several times, the allegations are falsehoods from disgruntled underlings, and Gallagher languishes in the brig despite earning high honours during eight tours of duty over his 19-year special operations career.

Dozens of Republican lawmakers have written a letter demanding Gallagher be freed until his trial begins. On Twitter, Trump praised Gallagher's "service to our country" and said he had intervened so that the father-of-three is detained in "less restrictive confinement".

Beyond the politics, the Gallagher case raises troubling questions for a US military that has repeatedly faced the stigma of war crimes since former president George W Bush launched his "War on Terror" in September 2001.

In honor of his past service to our Country, Navy Seal #EddieGallagher will soon be moved to less restrictive confinement while he awaits his day in court. Process should move quickly! @foxandfriends @RepRalphNorman

Some past incidents mirror the Gallagher allegations, seeing US servicemen go off the rails and unlawfully kill civilians or combatants. Some were misguided reprisal killings, others stemmed from trauma, stress, racism, psychopathy or even a macabre sense of fun.

In 2005, US Marines rampaged through the Iraqi city of Haditha, killing 24 unarmed men, women, children and elderly civilians.

US Master Sergeant John E Hatley was convicted of "executing" four bound and blindfolded prisoners in Iraq in 2007. The next year, army soldiers gang-raped and murdered a 14-year-old Iraqi girl and killed her family, in al-Mahmudiyah.

In Afghanistan's Maywand district, a self-styled "Kill Team" of soldiers murdered Afghan civilians in 2010 and collected body parts as trophies.

Even some non-criminal acts look iffy. Decorated deceased Navy SEAL Chris Kyle, whose deployment to Iraq and record-breaking kill tally was celebrated in the movie American Sniper, controversially wrote in his book that Iraqis were "savages" and that shooting them was "fun".

For Miles Lagoze, a former US Marine videographer who turned his footage from Afghanistan into a warts-and-all war documentary called Combat Obscura, the big question is how frequently atrocities occur - and how often they are covered up.

The most egregious war crimes will come to light, he said, but many lesser cases slip under the radar. In his unit, Afghan detainees were abused and a wounded enemy fighter was unlawfully executed rather than being taken to medics.

"These were never reported, of course," Lagoze told MEE.

"These things happen a lot more than gets reported. It's so easy to cover up this stuff, especially in Iraq and Afghanistan. You don't rat on your own. But really gruesome cases like Gallagher, that doesn't stay wrapped up for too long."

Rory Fanning, an ex-Army Ranger who deployed in Afghanistan and now campaigns with anti-war group Veterans for Peace, said the Gallagher case should be seen in the context of jacked-up commando units that have been purposely psyched to kill. The US military has worked hard to overcome a soldier's natural reluctance to take enemies' lives, as was evident from the low kill ratios in World War II.

"Gallagher was the Navy SEALs' secret weapon. He could kill without remorse, and this is why people who wanted to speak out against him were discouraged," Fanning, author of the book Worth Fighting For, told MEE.

"It's what the military wants: a terminator type who doesn't suffer from post traumatic stress disorder when he comes home."

For Strawser, the case says more about how Special Operations Forces have been stretched beyond capacity in counter-insurgency operations in Afghanistan, Iraq, Syria and elsewhere in fighting that has dragged on for almost two decades.

"Our special forces are a small community that has borne the burden of non-stop combat and deployment; that's not normal for any human being, and it puts ungodly pressures on people," Strawser told MEE.

"It is hard to speak up in units with tremendous levels of loyalty, and that needs to be addressed, but ultimately this community strives to be and mostly succeeds in almost impossible circumstances to be ethical warriors." 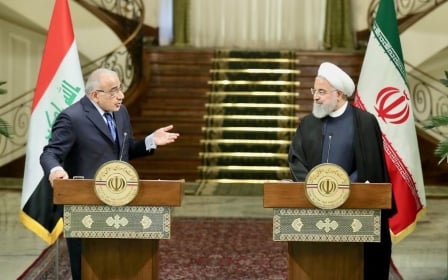