Some 30-40 US congressmen plan to boycott Netanyahu's address on Tuesday, including Vice President Joe Biden 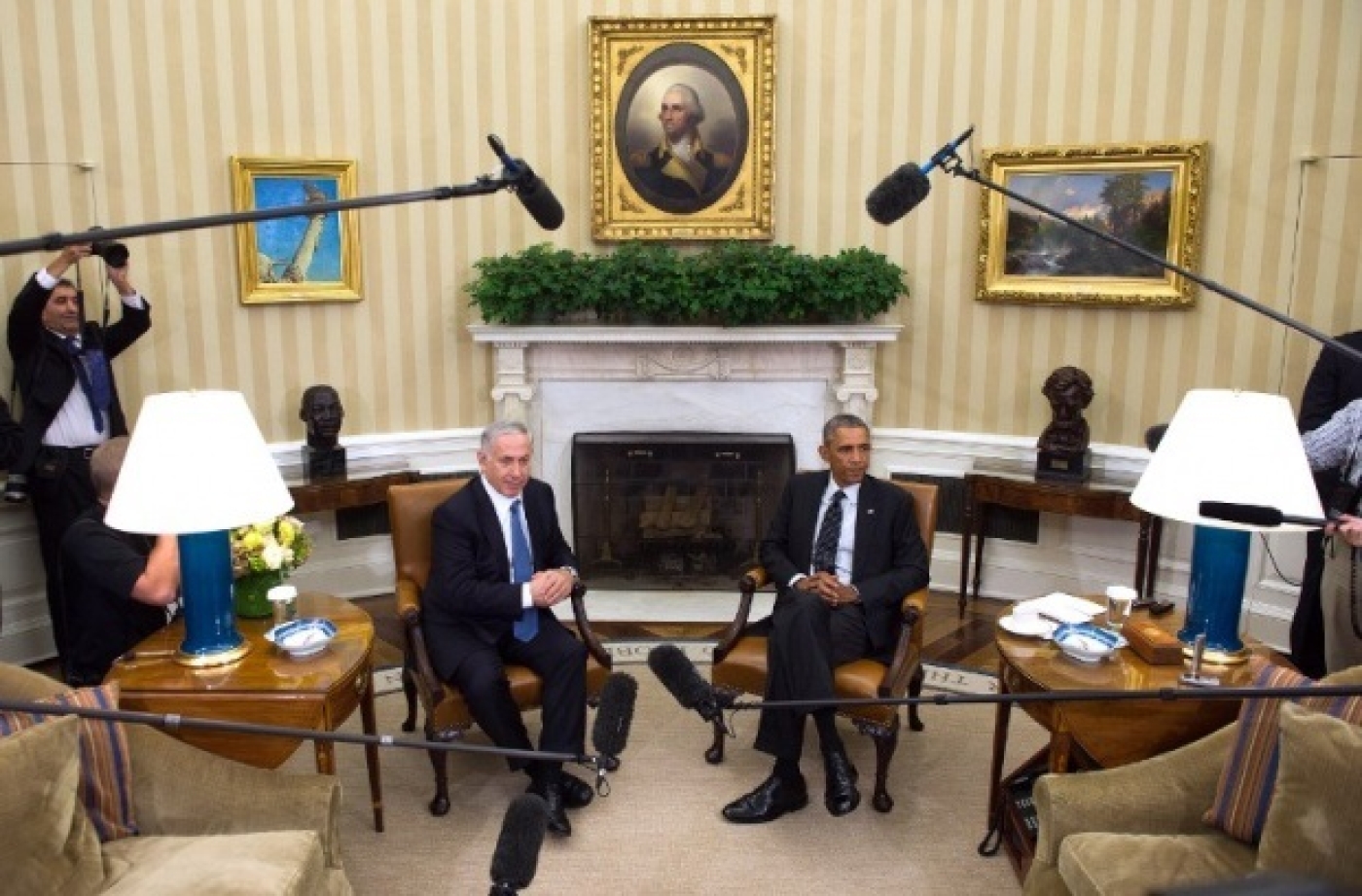 Barack Obama and Benjamin Netanyahu sparred over Iran's nuclear programme on Monday, the US leader pointedly warning that the Israeli premier had been wrong about the issue before.

On the eve of a landmark speech to the US Congress, Netanyahu declared that a US-Iran deal on curtailing Tehran's nuclear ambitions "could threaten the survival of Israel".

He spoke even as US Secretary of State John Kerry and his Iranian counterpart, Mohammad Javad Zarif met in Switzerland for a talks which are expected to end Wednesday.

But Obama and his leading foreign policy officials did not leave the field to the Israeli leader, insisting their plan was the best way to contain Iran's alleged threat.

Obama and Netanyahu both insisted the traditional alliance between their countries remains strong, but the US leader pointedly criticised the Israeli's previous declarations.

Referring to criticism of a previous interim US-Iran deal that paved the way for this week's ongoing talks in Switzerland, Obama said: "Netanyahu made all sorts of claims.”

Netanyahu's lobbying trip to Washington came as Kerry was in Geneva and culminates on Tuesday with the address to Congress, seen as a last-ditch bid to derail that effort, one of the last key goals of Obama's foreign policy.

He was invited by Speaker of the House John Boehner, one of Obama's leading Republican opponents, and he accepted with neither party informing the White House.

"My speech is not intended to show any disrespect to President Obama or the office that he holds. I have great respect for both," Netanyahu told thousands of activists at pro-Israel lobby AIPAC's annual conference.

"Israel and the United States agree that Iran shouldn't have nuclear weapons. But we disagree on the best way to prevent them from developing those weapons."

The pace of the negotiations to hammer out a deal to rein in Iran's suspected nuclear arms programme in exchange for sanctions relief has gathered pace as a 31 March deadline nears.

Speaking just ahead of Netanyahu, Washington's ambassador to the United Nations, Samantha Power sought to counter his opposition to the emerging deal with Tehran.

"The United States of America will not allow Iran to obtain a nuclear weapon, period," she said.

And she insisted that Obama would stand by US allies "whether the negotiations collapse or produce a diplomatic solution that meets our bottom line".

Netanyahu aides say Israel has "excellent information" that talks between the Islamic republic and the so-called P5+1 group negotiating the deal are heading toward an easing of international sanctions without the ironclad safeguards the Jewish state says are essential to deny Iran a nuclear bomb.

An official told journalists travelling on Netanyahu's flight to Washington Sunday: "In our view, it is a bad agreement."

The official, who spoke on condition of anonymity, would not indicate the source of the information but said Netanyahu would elaborate in his congressional address.

Anadolu News Agency reported that White House press secretary Josh Earnest told reporters that Netanyahu’s speech would not have “much of an impact” on the final outcome of the talks.

State Department spokeswoman, Marie Harf said that, if the details came from confidential US briefings to Israelis, revealing them would be seen as a betrayal of trust.

Netanyahu's opponents at home and abroad accuse him of endangering Israel's special relationship with the United States in order to further his policy agenda.

He is running for re-election in a 17 March general election.

Similar criticism has been levelled at Obama's Republican opponents in the US Congress.

"Our commitments to our partnership with Israel are bedrock commitments rooted in shared fundamental values cemented through decades of bipartisan reinforcement," Power said.

"This partnership should never be politicised," she added, vowing the joint commitments "cannot and will not be tarnished or broken".

"We've been gradually lifting sanctions, releasing the pressure on Iran while Iran continues to move forward."

Others in Washington were not so supportive of the Israeli leaders message, or his tactics. Protestors gathered in Washington ahead of Netanyahu’s address, using a social media campaign #SkipTheSpeech to dissuade congressmen from taking their seats. Some 30-40 Democrats are expected to stay away, including Vice President Joe Biden.

Demonstrators include Morrison’s group, Jewish Voice for Peace, and Roots Action, American Muslims for Palestine, the US Campaign to End the Israeli Occupation and others with long-standing concern over Israeli settlement-building in the West Bank.

“We’re protesting because Netanyahu does not represent the views of all American Jews and because it’s inappropriate for Israel to try and force the US into an unnecessary war with Iran,” Seth Morrison, a demonstrator, told Middle East Eye (MEE).

Critics accuse Netanyahu of using Congress to vaunt his security credentials, a vote-winning gambit. Back home, the Israeli leader is battling corruption allegations and protests over housing shortages.

“Netanyahu has proven to be a terrible prognosticator,” said Josh Ruebner, one of the protest organisers. “His 2002 prediction of Iraqi weapons was dead wrong and his scare-mongering about Iran’s nuclear capabilities has been contradicted by both US and Israeli intelligence agencies.”