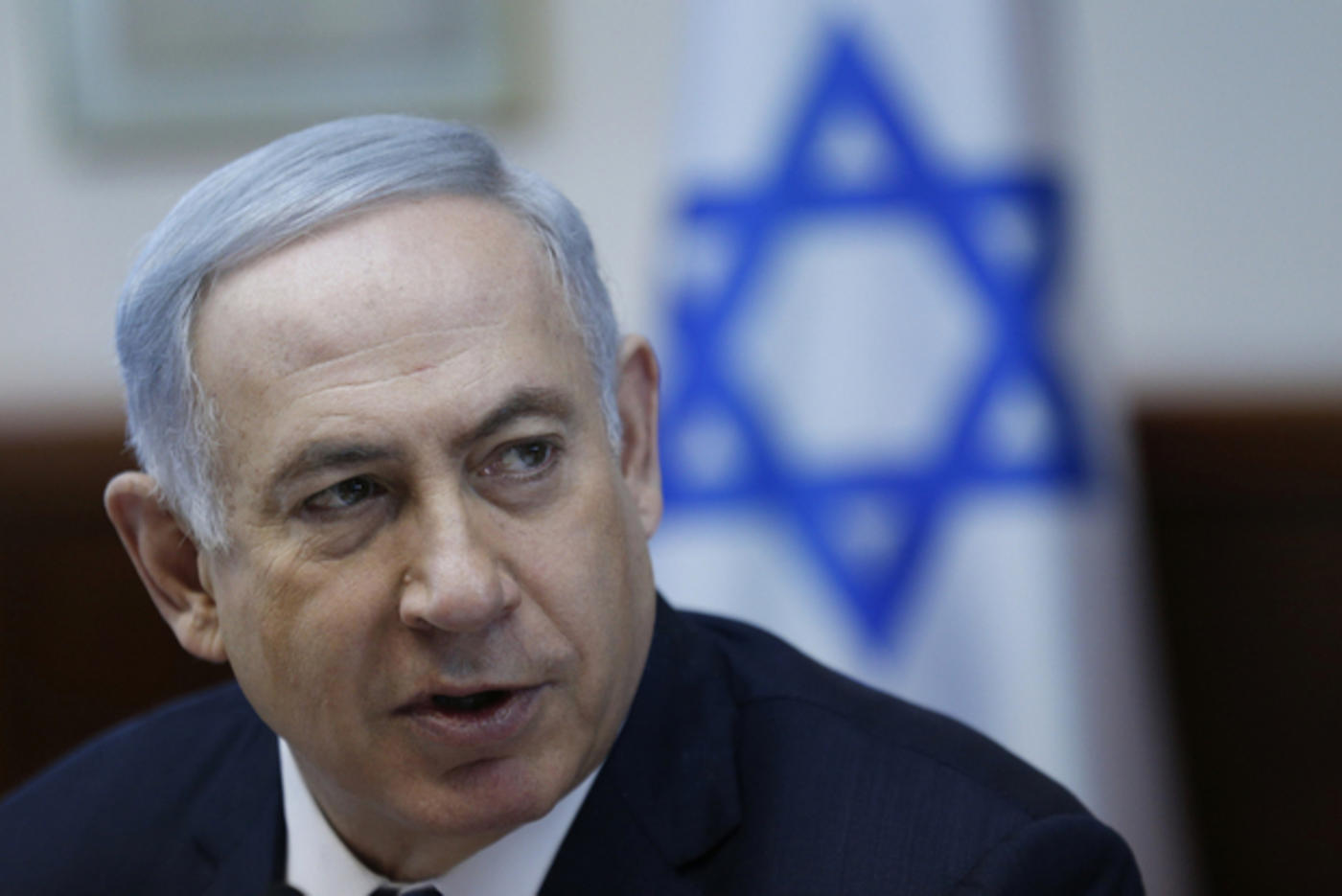 Israeli Prime Minister Benjamin Netanyahu said he supported a pardon for a soldier who was convicted of manslaughter on Wednesday for fatally shooting a wounded Palestinian assailant.

"I support a pardon for Elor Azaria," he said.

“This is a difficult and painful day for all of us, and first and formost for Elor and his family, for IDF soldiers, for many soldiers and for the parents of our soldiers, and me among them.

"We have one army, which is the basis of our existence. The soldiers of the IDF are our sons and daughters, and they need to remain above dispute.”

Earlier in the day, Israel's President Reuven Rivlin appeared to slap down an attempt by a government minister to secure a pardon, saying it could only be requested by Azaria or by someone acting on his behalf.

Former sergeant Elor Azaria had been on trial in a military court since May for the manslaughter of ِAbdel Fattah al-Sharif, who was fatally shot as he lay wounded on the ground after stabbing an Israeli soldier.

Azaria, who was 19 at the time of the shooting, was also found guilty of "indecent behaviour," as judges spent more than two hours reading out their verdict.

He now faces up to 20 years in prison, but will be sentenced at a later date.

Azaria's defence team reportedly plans to appeal the verdict, which is the first time in 12 years an Israeli soldier has been convicted over actions while in uniform.

Politicians from across the political spectrum have defended the soldier in spite of top army brass harshly condemning the killing.

Education Minister Naftali Bennett said: "Today a soldier who killed a terrorist who deserved to die, who tried to slaughter [another] soldier, was placed in shackles and convicted as a criminal."

Bennett address the Israeli army as "heroes," calling on them to "continue to protect the citizens of Israel and yourselves without fear."

Lieberman said he was not happy with the decision but urged calm, calling on people to respect the court's decision.

Israeli defence minister Avigdor Lieberman: A tough court decision. We are all committed to honour the decision and to keep the calm.

Isaac Herzog, head of the opposition Labor Party, called for abuse of  the judges to stop and described Azaria as "a victim of the situation".

Transport Minister Yisrael Katz said: "The court has spoken and now the government and army must take responsibility and pardon the soldier, whom we sent to the front line to defend Israelis from Palestinian terror."

"Israel's rulers are the criminals who have produced killers like Azaria," Odeh said. "The decision to condemn this soldier is in fact a condemnation of Netanyahu and his ministers, who have all supported this murderous soldier."

The family of Sharif held a news conference in the West Bank city of Hebron where the shooting took place.

Translation: Press conference by the family of Abdel Fattah al-Sharif and demonstration by families of martyrs whose bodies are being held by occupation forces took place in Hebron a few minutes ago

Sharif's father Yusri told reporters that the verdict was "fair," but that he and his family will wait to see what sentence is passed.

"[We want] a life sentence ... But Israel is trying its own son, so there is a possibility it will be lenient."

Outside the courtroom at the army's headquarters in Tel Aviv, tensions were high ahead of the verdict, with hundreds of Azaria's supporters clashing with police and blocking roads, shouting: "Elor Azaria was born free."

VIDEO: Protests outside military court ahead of verdict in Elor Azaria case https://t.co/6ryUpiXSv0 via @YouTube #Israel

Several protesters were reported to have threatened the Israeli army's chief of staff, Gadi Eisenkot, shouting: "Rabin is looking for a friend" - a reference to former prime minister Yitzhak Rabin, who was assassinated by a right-wing extremist in 1995 after seeking peace deals with the Palestinians.

Eisenkot has been vocally opposed to Azaria's actions, saying he had "betrayed" other soldiers who are tasked with "defending Israel".

READ: Thousands rally in Tel Aviv in support of soldier who 'executed' Palestinian

Before handing down their verdict, judges told Azaria they believed he had shot Sharif "without reason". They also appeared to dismiss the defence's two main arguments, that Sharif was dead at the time of the shooting and that Azaria felt threatened by the prone Palestinian, saying: "You can't have it both ways."

Justice Maya Heller also said that a recording of Azaria saying that Sharif "deserved to die" had "great significance" for the case.

The shooting in March last year set off intense political debate, with Netanyahu calling Azaria's father to express his sympathy.

'I expect from the prime minister to bring my son home, as I sent him to protect the country'

Charlie Azaria, the soldier's father, told Israel's Channel 2: "I expect from the prime minister to bring my son home, as I sent him to protect the country."

However, top members of the Israeli military apparatus have expressed their opposition to Azaria's actions.

The Israeli army's chief of staff Gadi Eisenkot said on Tuesday that "an 18-year-old man who enlists in the army is a soldier, not everyone's son," a response to supporters of Azaria, who have described him as "everyone's son".

The case burst into public view when a video of the 24 March shooting emerged and spread widely online.

The video showed Abdul Fatah al-Sharif, 21, lying on the ground, shot along with another man after stabbing and moderately wounding a soldier minutes earlier, according to the army.

Azaria then shoots him again, in the head, without any apparent provocation.

Azaria's lawyers have argued the soldier may have thought the Palestinian was wearing explosives, but he was reportedly already checked for a suicide belt and no one in the video appears to be acting with caution toward him.

Before he became Israeli defence minister in May, Lieberman was among those showing strong support for Azaria, including attending one of Azaria's military court appearances in support.

He has since backed away from this stance.

Military chief of staff Gadi Eisenkot has spoken out against the politicisation of the case, warning it could "harm our institutions and our requirements of soldiers".

He said rules on when to open fire must be followed.

After the incident, more than 2,000 Israelis protested in central Tel Aviv on 19 Apil in a raucous nationalist gathering to demonstrate support for Azaria and challenge a court decision to charge him with manslaughter.