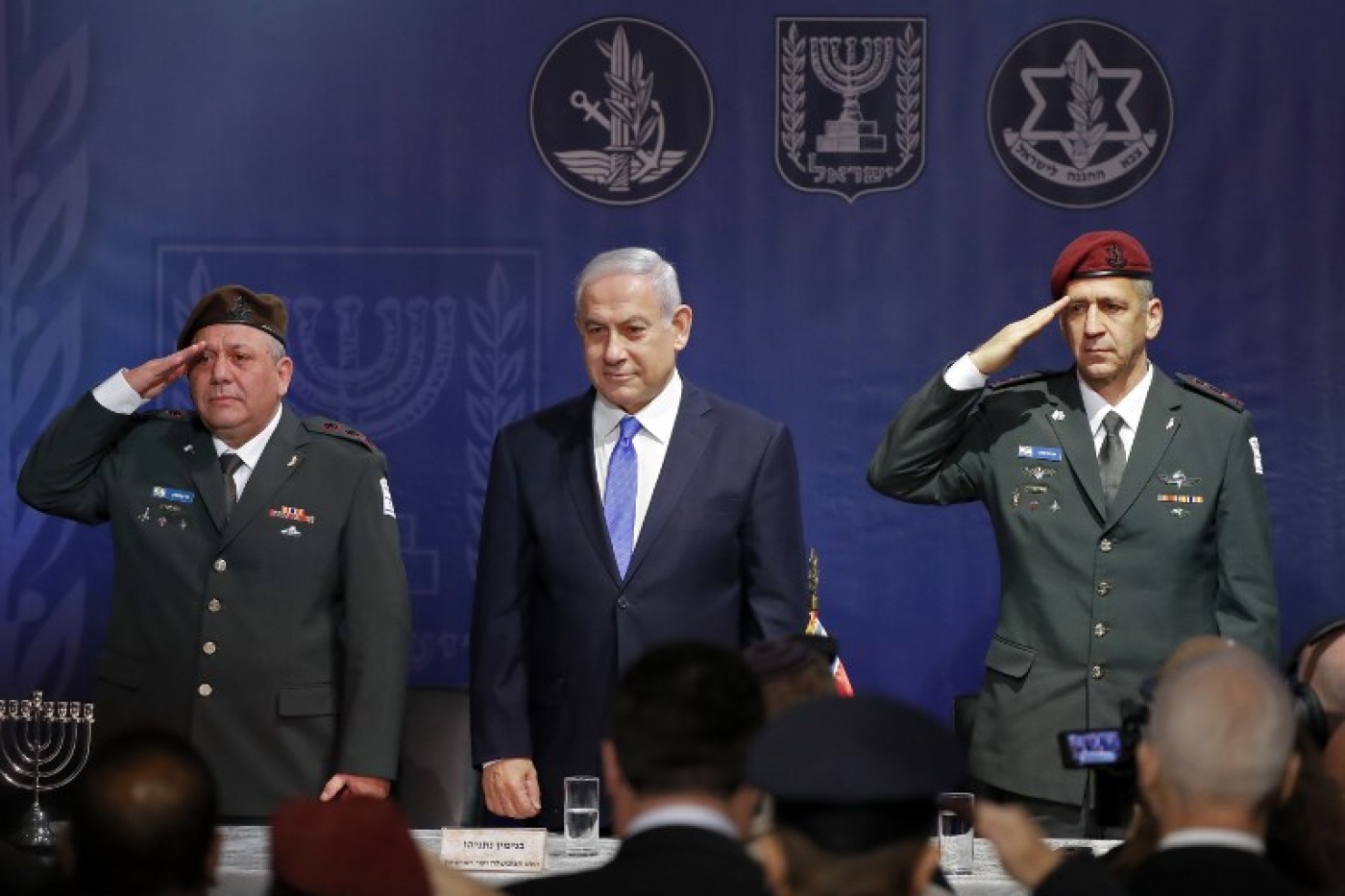 During a retirement celebration for Eisenkot, who has served as the 21st chief of the army's general staff since 2015, Netanyahu said that "Israel's ability in intelligence, military and technology made ties with the Arab world strong like never before", adding that "prominent Muslim states" were approaching Israel and seeing it "not as an enemy, but a supporter".

The prime minister credited the outgoing chief of staff for being part of the change in Muslim and Arab states' attitude vis-a-vis Israel.

"Gadi, you were part of it and you witnessed it, in your meetings with commanders-in-chief of armies of Arab states. You saw the hugs, and there are pictures of these hugs," Netanyahu said.

You saw the hugs, and there are pictures of these hugs

During 37 years in the military, Kochavi has commanded Israeli soldiers operating in the occupied West Bank, the Gaza Strip and Lebanon, and has headed the army’s operations and intelligence directorates.

Netanyahu's revelation about the "hugs" with Arab military leaders comes as Middle East Eye reported last week that Mossad director Yossi Cohen attended a meeting in a Gulf capital in early December with senior intelligence officials from the UAE, Saudi Arabia and Egypt, with whom he discussed measures to curtail the regional influence of Turkey and Iran.

The UAE, like most Arab countries, does not have official diplomatic ties with Israel and does not officially recognise the state of Israel.

However, Israeli Minister of sport and culture Miri Regev travelled to the UAE in October to attend a judo tournament in which an Israeli competitor was allowed to compete under Israel's flag and sing its anthem for the first time in the UAE.

It was the first time an Israeli minister has made an official visit to the Emirates.

Among the Gulf states, Saudi Arabia, Oman and Bahrain are becoming more open about their relations with Israel at an official level.

During the ceremony, Kochavi was sworn in and promoted to lieutenant-general, the Israeli military’s highest rank.