A dispute between Benjamin Netanyahu and his finance minister over broadcast regulations sparked speculation on Sunday the Israeli prime minister may seek an election two years ahead of schedule.

Some political commentators accused Netanyahu of using the issue as a pretext for engineering a national vote that could delay any US peace moves under new President Donald Trump and also put off the Israeli leader's possible corruption indictment.

The speculation came after Netanyahu said late on Saturday that he was abandoning an agreement with Finance Minister Moshe Kahlon, a key coalition partner, on establishing a new public broadcasting authority to replace the existing one.

Netanyahu cited concerns over job losses for his abrupt change of heart, and according to Israeli media reports threatened in a meeting with cabinet ministers of his Likud party to dissolve the government if Kahlon didn't get into line.

The prime minister flew to China for a three-day official visit on Sunday, leaving Israelis to ponder newspaper headlines pointing to a snap election just two years after the last one.

Prime Minister Benjamin Netanyahu has arrived in China. The visit marks 25 years of diplomatic relations between Israel and China. pic.twitter.com/XsktZAva13

Kahlon, who heads the Kulanu party, a centre-right partner in the Likud-led coalition, showed no sign of retreating from his support for a new and less expensive broadcasting body in his first public remarks on Netanyahu's decision.

"I don't need any lectures from anyone on compassion," Kahlon told reporters in Tel Aviv after Netanyahu referred on Facebook to "heart-rending" appeals from employees of the current broadcasting authority facing redundancy. "We will take care of them in the best way possible as a country."

Israel is not due to hold a general election until November 2019, but many coalition governments have not lasted a full term and Netanyahu faces the possibility of criminal charges in two cases that could shake his hold on power.

One of the investigations involves the receipt of gifts from businessmen. The other is related to conversations Netanyahu held with an Israeli newspaper publisher about limiting competition in the news sector in exchange for more positive coverage.

Israel's attorney general is widely expected to decide within weeks whether to indict Netanyahu, who was reelected two years ago and has denied wrongdoing. Filing charges during an election campaign could be seen as interfering in the process.

"A decision to call new elections will suspend the investigations and might even do away with them," commentator Nahum Barnea wrote in the Yedioth Ahronoth daily. "If he survives [the ballot] he will argue ... the people have cleared him of any wrongdoing."

Other commentators speculated that Netanyahu, after a visit by a US envoy last week, was unsettled by the course the Trump administration might set in Israeli-Palestinian peace efforts and wanted to go to the polls to delay diplomacy.

In the Maariv newspaper, commentator Ben Caspit said a new election would buy Netanyahu another six to 12 months to gear up for an "ultimate deal" from Trump on peace with the Palestinians and the future of Jewish settlements.

Trump has rolled back on any quick move of the US embassy to Jerusalem, a city at the heart of the Israeli-Arab conflict, and has called on Netanyahu to "hold back on settlements for a bit". 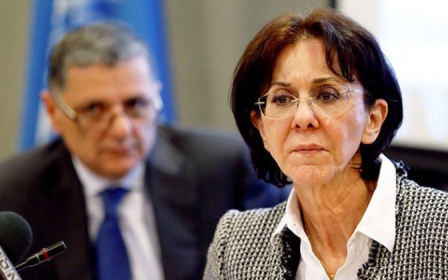