'Never speak about politics again': Mohamed Ali to step down from activism An Egyptian businessman and whistleblower who accused President Abdel Fattah el-Sisi of corruption said he will end his activism, after calls he made for street protests on the ninth anniversary of Egypt's 25 January 2011 uprising against Hosni Mubarak were not answered.

Mohamed Ali, who served as a military contractor for the Egyptian Army, said on Saturday that he will close his Facebook page and "never speak about politics again".

His nightly videos outlining the corruption he had witnessed while serving as a military building contractor received millions of views.

But after his calls for mass protests to mark the 25 January anniversary were not answered, he decided to close his account.

"I've shown you [the Egyptian people] the type of corruption and the arrest campaigns, of men and women, that has been taking place," said Ali in a Facebook video posted on Saturday.

"There's nothing else more that I can expose and anything else that I say would be pointless. I can't do episodes on corruption or what Sisi is doing, this isn't my job."

Images posed online showed a mass mobilisation of police and security forces across Egypt in anticipation for protests.

Ali now lives in self-imposed exile in Spain where he and his family have moved. The whistleblower said he believed Egyptians refused to protest because "the people are happy with [Sisi's] government" or "accepted the regime".

His videos led to rare street protests in September 2019 that saw a crackdown in cities across Egypt.

In November 2019, Ali said he was working with opposition politicians in exile to draft an alternative plan for Egypt's future.

The whistleblower said he would hold an online referendum on the proposals he mentioned and planned to unveil it this year.

Last year, he exclusively told Middle East Eye that he would not stop his campaign until Sisi was overthrown.

Amnesty International described the aftermath of the protests as the "biggest crackdown" under Sisi's rule, after his forces rounded up more than 2,300 people. Sisi became president in 2014 after a military coup that overthrew then-president Mohamed Morsi a year earlier. 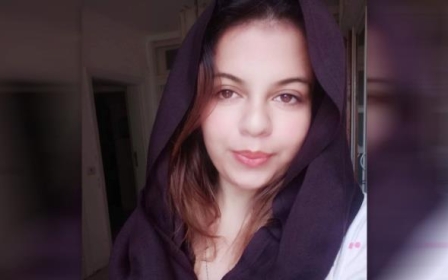