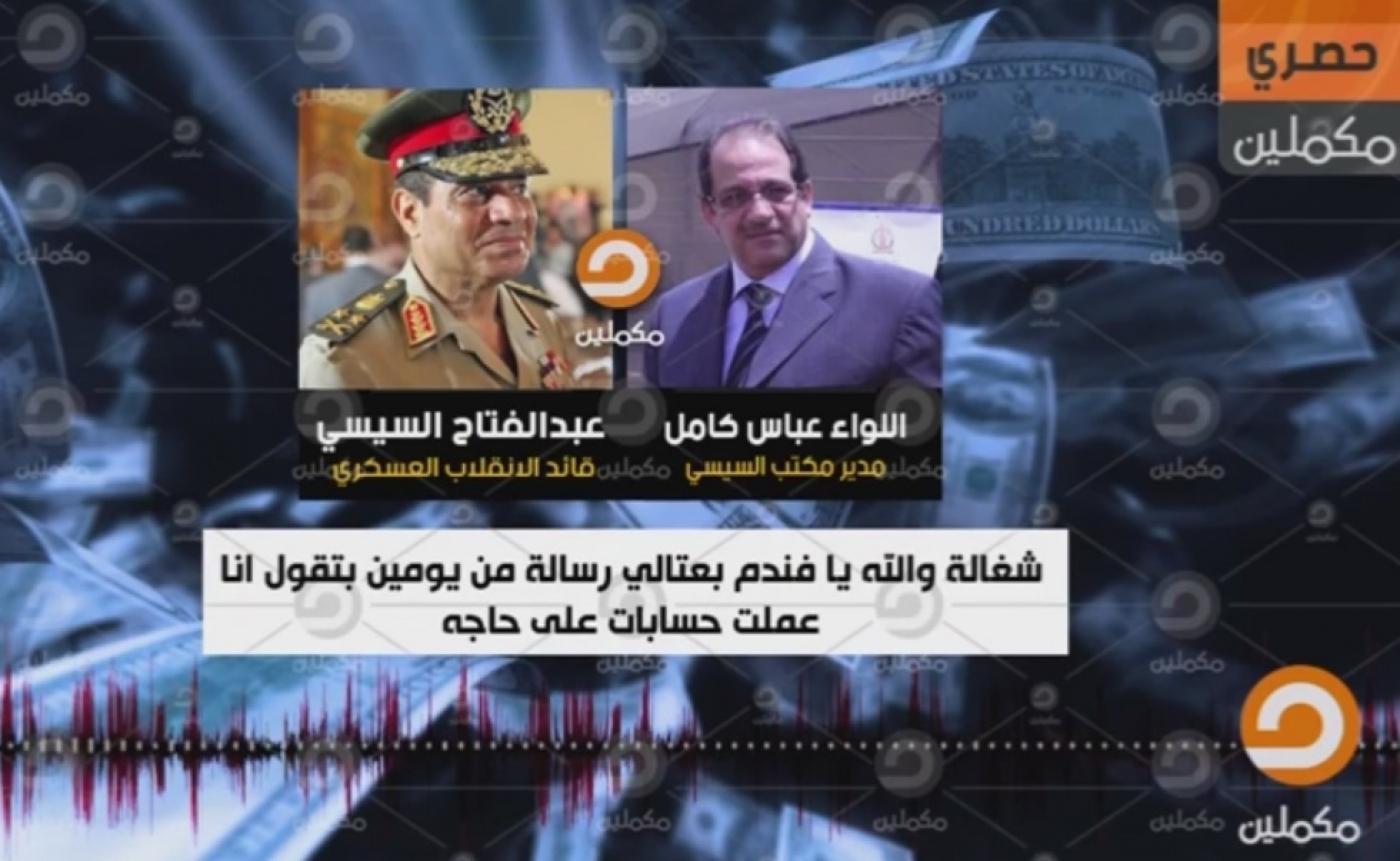 New recordings, allegedly leaked from Sisi’s office, were aired Thursday night by Mekameleen, a satellite channel known for its support for former president Mohammed Morsi, who was overthrown by the army in July 2013 following mass protests.

According to the recording, the pair reveal that they have received in excess of $39.5 billion from the  Gulf States, up to $25 billion in cash and $14.5 billion worth of petrol. Saudi Arabia alone contributed $22.5 billion.

In the recording, Kamil is alleged to say that Khalid Tuwaijri, then-Secretary General of the Saudi Royal Court, channelled the money to Egypt.

The other voice, alleged to be that of Sisi, is then heard to request that future donations to Egypt be given in "liquid" form rather than in oil.

In a string of Tweets, the prince said Egyptians were still suffering from a "crisis of electricity, gas and even bread" despite huge donations from Gulf States.

A former member of the budget committee in the Egyptian parliament, Ashraf Bader Eddin, commented to Mekameleen that the Egyptian government declared only $3 billion in its budget donated by the gulf states and about $6 billion of petrol aid. That leaves 30 billion follows unaccounted for. Last night the social media and political commentators where did the remaining billions went.

Tuwaijri was Saudi Arabia's highest-ranking official from outside the royal family until he lost power last month after a reshuffle by the new King Salman.

Voices heard in the other recordings were reportedly those of Kamil, Brigadier General Ahmed Abdel Halim, the army's medical adviser, and former spokesperson for the Egyptian armed forces, Ahmed Ali.

In those recordings, the trio discuss equipment for three field hospitals sent to Egypt by Saudi Arabia in August 2013, a month after the military ousting of Morsi.

The Mekameleen programme also broadcast a segment from a Saudi state television recording in August 2013 that said that the government had sent 100 tonnes of medical equipment, transported by 16 planes, to aid “the Egyptian people”.

However, in the latest leak one of the men asks “is this aid for the army or for Egypt?”

Sisi’s office manager is alleged to reply that "the army is Egypt”.

The leak also claims that the hospitals were never used.

A voice, said to be that of then-army spokesperson Ahmed Ali, is heard to ask whether the medical aid should be given to the Ministry of Health.

Kamil is then alleged to advise that the equipment not be donated to the Health Ministry, as this would raise suspicions as to why the aid had not been used previously.

During the recording, Halim allegedly asks Kamil whether he should ask Saudi Arabia to pay for the maintenance of the hospitals.

A voice thought to be that of Sisi’s office manager replies that they should not ask for “small change” from donors, and should wait to demand a larger amount.

Another leaked recording claimed to feature Sisi and his office manager describing businessmen as "children," discussing a plan to encourage businessmen to say publicly that Sisi's rule is good for business and for stability.

The broadcaster who presented the recordings did not give details as to how the channel had obtained the alleged leaks.

Following a previous leak, aired by the Turkey-based Egyptian satellite channel on Saturday, Sisi reportedly made phone calls to the leaders of Saudi Arabia, Kuwait and Bahrain as well as the Crown Prince of Abu Dhabi.

In that recording, which could not be independently verified, Sisi allegedly said that he “despises” Arab Gulf leaders, despite the financial aid they send to bolster Egypt’s faltering economy.

Thursday's leak is the latest of the string of recordings aired by opposition news channels.

Egyptian authorities have stayed relatively mute on the matter, not openly denying the leaks although state-allied media has claimed that they are false. 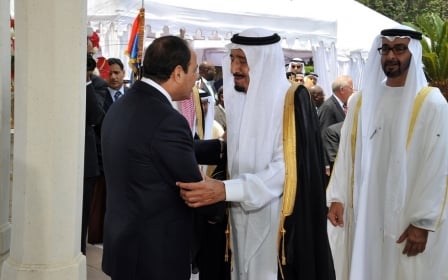 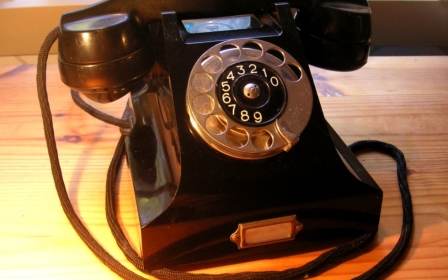