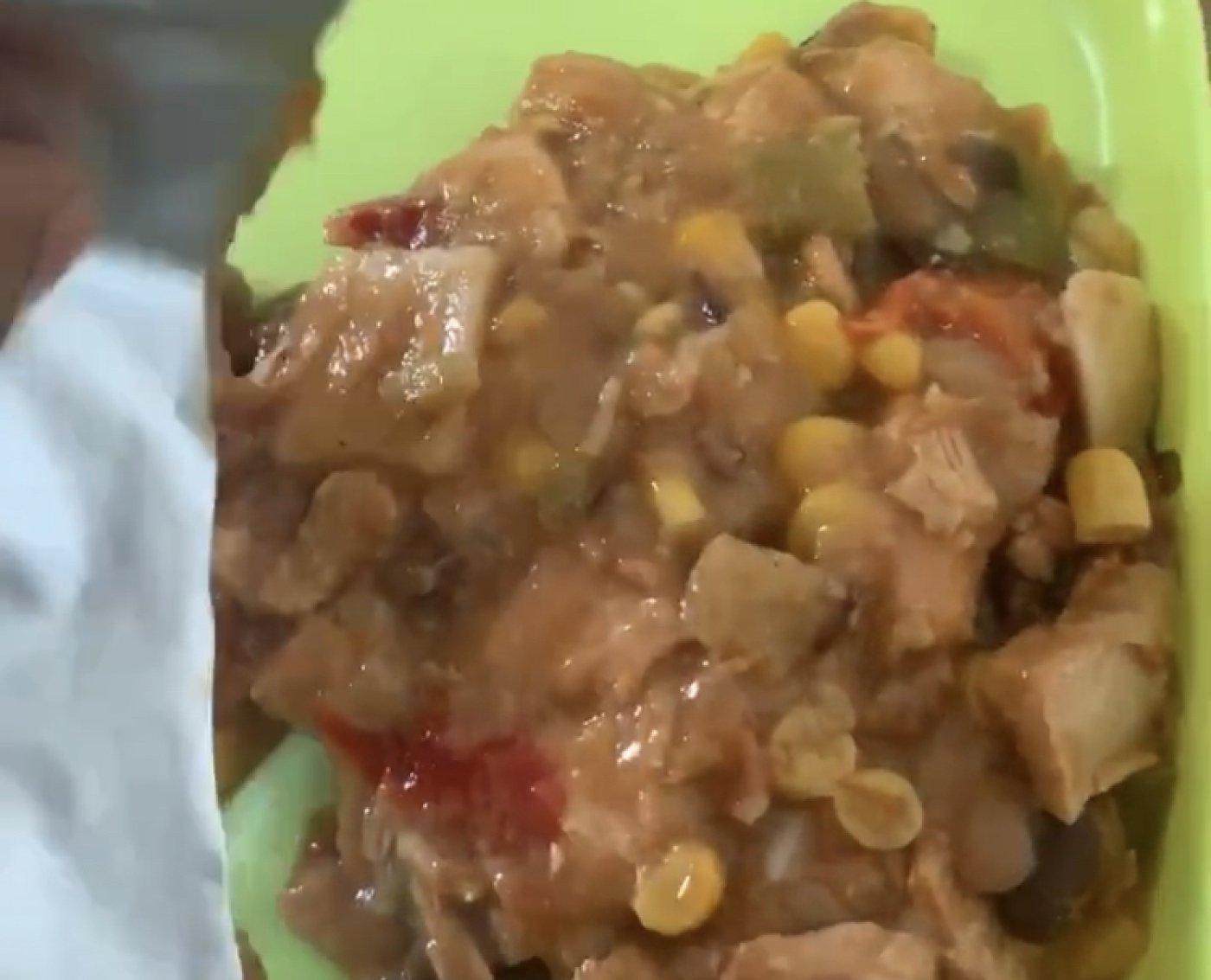 When Rima Begum opened her iftar meal, she recoiled in disgust (Courtesy of Rima Begum)
By
Umar A Farooq

Earlier this month, New York City Mayor Bill de Blasio announced the city would be delivering 500,000 free meals to Muslims during the month of Ramadan.

"One of Ramadan's most noble callings is to feed the hungry," de Blasio said.

Still, when Rima Begum opened the iftar meal she received from the city, she recoiled in disgust. Oozing from a sealed silver bag was a mush of corn, chicken and potatoes.

"It reminded me of how when I was a kid you would learn about astronaut food," Begum told Middle East Eye. "I wouldn't eat this; I wouldn't give this to my family," she said.

This is so disrespectful to our communities that are fasting during Ramadan. The @NYCMayor needs to answer for this total waste of tax payer money.

It would have been wiser to pay local restaurants to make the food and deliver to folks. pic.twitter.com/7kjNjKIBzI

De Blasio had said that 400,000 halal meals would be distributed at 32 Department of Education buildings and another 100,000 served through various community organisations during the holy month.

The meals being distributed directly from the city are available at 32 grab-and-go sites, and for those that cannot pick up the meals in-person, they are delivered through the NYC Food Delivery Assistance programme.

It was through this delivery programme that Begum received what she described as a "pile of goop".

"We'd like transparency on how the city government procures food for both their Get Food NYC program and NYC Food Assistance," Thahitun Mariam, a community organiser in Bronx, New York, told MEE.

When it came to meals distributed through community organisations, there was a different picture.

Linda Sarsour, a community activist and former executive director at the Arab American Association of New York, said that the meals distributed through AAANY came directly from the city and were of good quality.

It is the difference in food sourcing that has caused concerns among New York residents and community activists.

Purchasing meals from a defence contractor

The food received by Begum and others from one of the city's distribution centres, and not from a community organisation, originated from J&M Halal Foods, a company based in Illinois.

The company said that it was founded in 1991 to provide meals to the US military.

The meal shown in a social media post by Begum is identical to J&M's Meals Ready to Eat (MRE) kits, which are foil pouches containing 227 grams of preserved food. "As a vital defence contractor, J&M shipped more than thirty (30) million MREs throughout the world in support of military operations," the company's website says.

The New York City Department of Sanitation told MEE that J&M is not a vendor for its Emergency Food Home Delivery programme, and that it was investigating the matter.

"I can tell you that we take these kinds of concerns very seriously," Joshua Goodman, the department's assistant commissioner for public affairs, said in an email.

"We have strict requirements about nutrition and food quality, and if a vendor is supplying food that is not up to our standards, their contract will be terminated."

J&M has yet to respond to MEE's request for comment.

It is a lack of representation, even at the local level, that causes problems such as this, Moumita Ahmed said.

Ahmed, who is running for district leader for New York's Assembly District 24, said that some of the meals were "disrespectful" and a waste of taxpayer money.

Jamaica, Queens, the community where Ahmed is seeking office, has a large South Asian population - mostly of Bangladeshi origin. Still, the community has yet to elect a leader from this background.

She pointed out that the money spent on these meals could have gone to local restaurants that have been providing meals for Muslims during Ramadan for years.

"We are the richest country and the richest state on the planet. We have the ability to provide quality meals to our Muslim families who are observing Ramadan," she added. 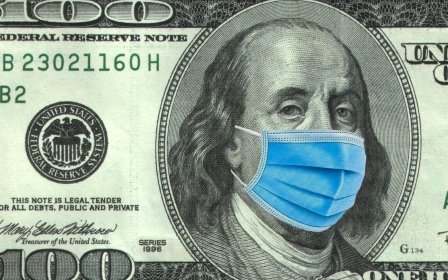 Covid-19
Coronavirus in the Bronx: Why the poor never stood a chance 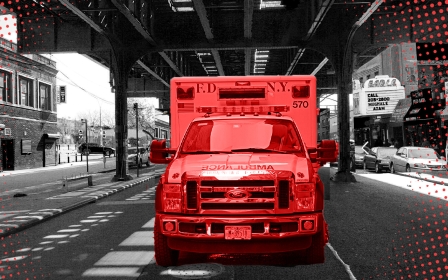 Covid-19
'Fear is beginning to take over people's lives': Coronavirus in Queens