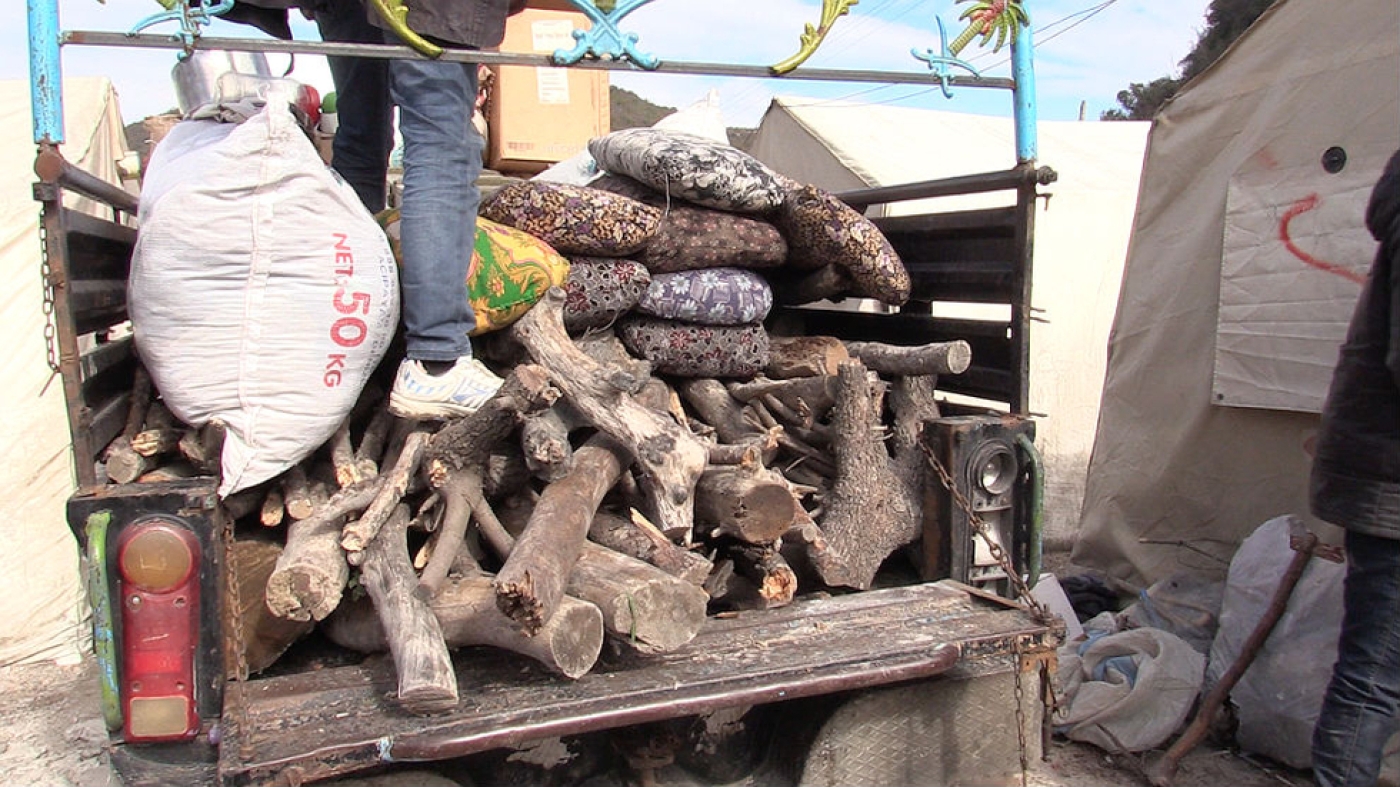 YAMADI, Syria - Refugees fleeing a Syrian government offensive in Latakia province say they would rather pitch tents in the freezing countryside than risk being caught by advancing soldiers or endure further shelling or Russian air strikes.

Hundreds of people at the refugee camp at Yamadi, close to the border with Turkey, are loading their belongings onto trucks and heading deeper into rebel-held territory after pro-government forces regained control of a series of strategically placed towns. Army commanders said they expected the entire province of Latakia to be back under government control within weeks.

But among refugees already facing a constant threat of Russian air strikes there are few prepared to sit and wait for the arrival of pro-government forces, some of whom are now less than 20km away following the capture earlier this month of the previously rebel-held towns of Salma and Rabia.

“We don’t want to live under the rule of the government for a minute. They have no mercy on us. If they catch you then it’s the end for you,” Umm Asim told Middle East Eye as she prepared to flee with her family amid fears that one or two more nights of heavy fighting could bring Syrian army tanks rolling down the road.

“We are trying to leave because the government is getting closer and the Russians have done nothing good. We get shelled from one side and bombed on the other side and we are afraid. My little son doesn’t eat and he doesn't move because he is so afraid.”

“I’m afraid for my children,” added Umm Marwan. “We are leaving because of the planes and because the children are so afraid. The army is getting closer and the planes are constantly shelling us. We want to leave and find a new place to stay.”

Russia is accused of killing hundreds of civilians since intervening in Syria last September on the side of Syrian President Bashar al-Assad by launching air strikes in rebel-held territory.

In November, Russian jets bombed camps including Yamadi in the Turkmen Mountain region of northern Latakia that had become refuges for Syrians fleeing from war-shattered cities, including long-besieged Homs and Aleppo, and Ariha in Idlib province.

The bombardment came after a Russian jet crashed in the area after being shot down by Turkey for reportedly violating Turkish air space, with local rebels accusing Moscow of taking revenge.

“The Russians came to kill the Syrian people. It’s a massacre, they use planes, tanks and missiles,” said Umm Asim. “Where do we go? If we go to the villages they bomb us, if we go elsewhere… where do we go?” 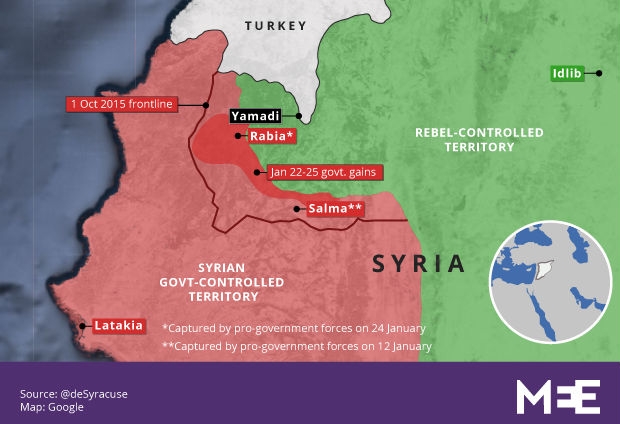 Images and video footage published by activists following MEE's visit to Yamadi showed burnt-out tents and smoke rising from a similar camp in the same area which they said had been shelled by pro-government forces.

The UK-based Syrian Observatory for Human Rights says that Russia carried out more than 500 air strikes in northeastern Latakia during a two-week period of January and says that Russian military officers are directing the offensive there.

Until last year the nearby Turkish border had been accessible to refugees, with thousands of members of the local Turkmen community crossing eastwards to camps in Turkey’s neighbouring Hatay province.

But the border is now considered too dangerous for many to risk the crossing, amid reports of Turkish border guards shooting at refugees trying to reach the country.

Just weeks ago, the camp at Yamadi was a desperate but bustling and sprawling place that had become a temporary home to thousands of people.

Now many of the tents stand empty and abandoned, with trucks laden with bedding and firewood, a highly valued commodity, setting off regularly inland in the direction of rebel-held territory in neighbouring Idlib province.

Some hope to reach other refugee camps, rather than returning to homes already destroyed. But with nearby camps already overflowing, most expect to set up tents in the countryside, where freezing night-time temperatures pose a further threat to life.

Others, with children who are too sick or who lack the resources to pack up and leave, have no choice but to stay put and take their chances. Few of the children left have adequate clothing for the harsh mountain conditions, with some wearing just slippers on their bare feet.

“They have no place to go,” Abu Ali told MEE. “If they can find a place in another camp that’s good, but if not they will pitch a tent in the middle of nowhere and do the best they can.” 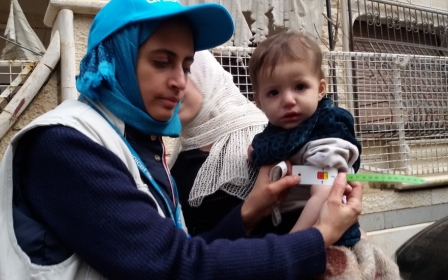