When he meets with Gulf leaders next week, Obama will attempt to soothe tensions over nuclear talks with Iran, among other issues 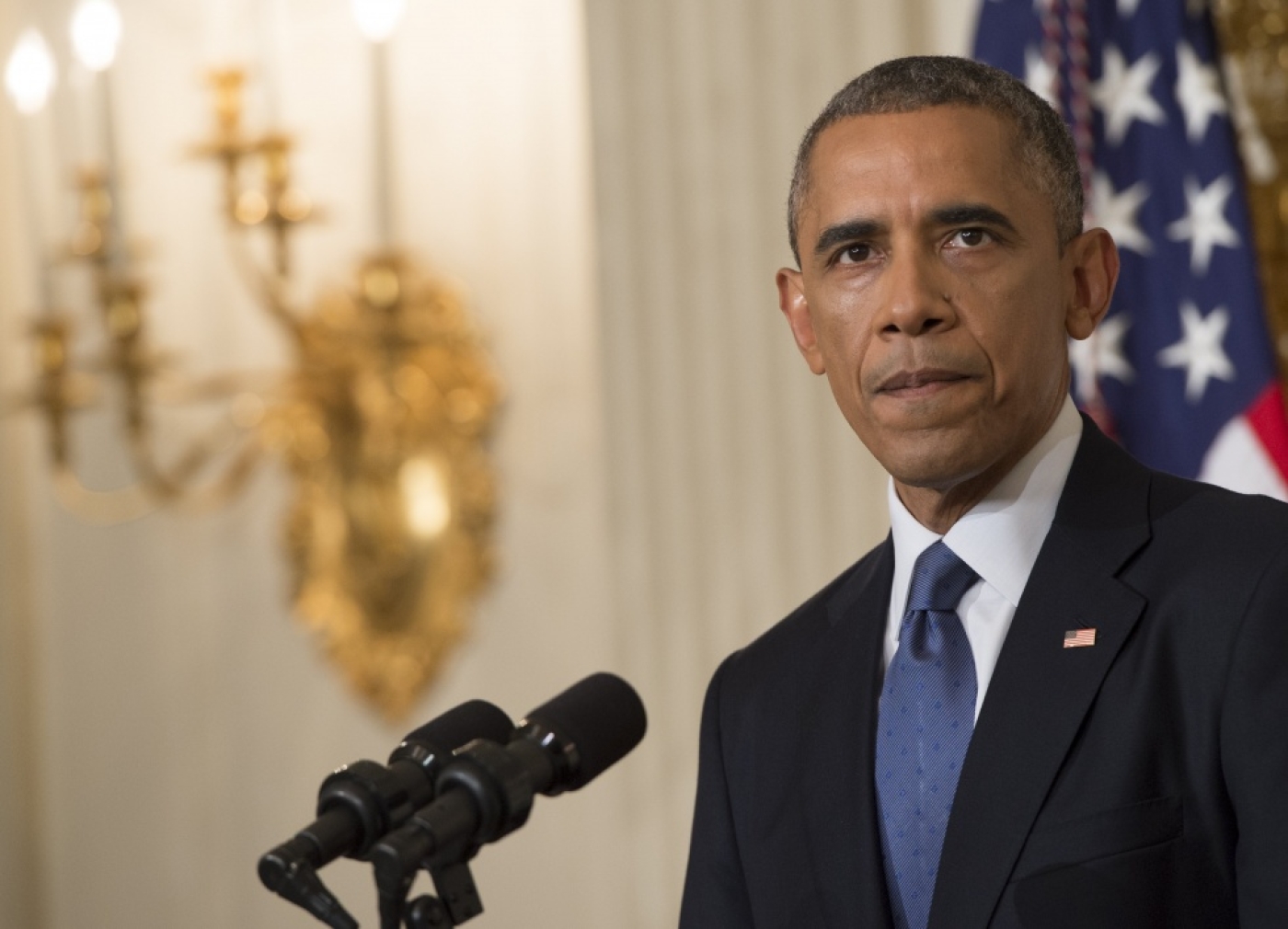 US President Barack Obama speaks about the situation in Iraq in the State Dining Room at the White House in Washington, DC, 7 August, 2014 (AFP)
By
AFP

WASHINGTON - With Iran emboldened and the US seen in retreat, President Barack Obama faces the vexed task of restoring lost trust and influence when he hosts Gulf leaders at Camp David next week.

It is a meeting that Gulf officials privately describe as "a welcome gesture", "thrown together" and "long overdue".

Six Gulf Cooperation Council leaders - including Saudi Arabia's freshly crowned and hawkish King Salman - visit the White House on 13 May, followed the next day by a trip to the bucolic presidential retreat near Washington.

The prestigious invite comes amid deep unease over Washington's nuclear talks with arch-foe Tehran and perceived US disengagement in the region under Obama's administration.

In public, Gulf nations have been broadly supportive of the pending nuclear deal, but in private they fear Washington is making a Faustian bargain.

From Riyadh, Manama or Abu Dhabi, revelations two years ago of secret US talks with Tehran were like discovering a partner in a secret liaison with the enemy.

Even when the meetings were revealed, the nuclear talks - due to conclude in June - have continued largely behind closed doors.

"We get a call from (undersecretary of state) Wendy Sherman once in a while," a Gulf diplomat said. "But it's not enough."

"Two years of mistrust have built up."

There is concern that the White House - always an uneasy ally with undemocratic, conservative Gulf monarchies - wants to reprise the close embrace between the US and the Shah's pre-revolutionary Iran.

US officials stress there is no broader detente or a de facto blessing of Iran's destabilising support for proxy groups in the region.

They also point to the presence of the US 5th Fleet in Bahrain and a military base and command centre in Qatar as evidence of sustained engagement.

But Gulf states see a change in US actions in everything from a stalled State Department human rights report to Obama's reluctance to enforce his own red line on chemical weapons in Syria.

"That crescent is really starting to take shape," said another Gulf diplomat.

"In the last two years, if anything we have seen an increase in Iranian activity in the region, we are seeing more arms shipments, more money, more sleeper cells."

'We won't wait for permission'

Already calculations about US engagement are changing actions on the ground.

"Our Gulf allies aren't waiting for US action anymore; they don't think it's coming soon enough, or strong enough. Or at all," said Lori Plotkin Boghardt, a former CIA analyst now at the Washington Institute for Near East Policy.

Officials from the region and beyond point to the Arab-led intervention in Yemen as a harbinger of things to come.

"Yemen shows you that we will not wait for permission anymore," one Gulf official said.

That brings significant problems for Obama, which he will not want to see repeated elsewhere.

His administration has grave misgivings about Saudi Arabia's military action to "degrade" Iranian-backed Houthi militia, which have cut through government forces.

They have pressed Saudi Arabia to ease an imprecise campaign that appears to have had a limited impact beyond destroying missiles that could reach the Saudi homeland, and which may have simply escalated the conflict.

Strikes like those on the airport at Aden - which Gulf officials say was necessary to stop Iranian weapons deliveries - have prompted humanitarian outrage. Around 1,200 people have been killed, many of them civilians.

As an olive branch, Obama could use Camp David to help give Saudi Arabia's new leader - as well as his son and Defence Minister Mohammed bin Salman, who has become intertwined in the operation - a path to save face.

US support for a "humanitarian pause" in Saudi military operations, backing for talks leading to a unity government and cleaving wealthy former Yemen president Ali Abdullah Saleh away from the Houthis could all help Saudi Arabia.

Gulf leaders will also come with a wish list of weapons to counter the threat from Iran.

US backing for Saudi or Emirati nuclear programmes are off the table, but missile defence is not.

But diplomats warn that with existing US military commitments to Israel, Japan, Egypt and Turkey, determining who gets what weapons and when, while maintaining a favourable military balance, will be fraught.

Managing the balance of power at the same time as keeping Gulf allies close and Iran talks on track will mean that for Obama, the Camp David meeting will be anything but a pleasant walk in the woods.