Obama tells Bibi a ceasefire is a 'strategic imperative'

The UN Security Council has urged an immediate ceasefire in Gaza, while American officials have branded Israeli criticism 'offensive' Pressure is increasing on Israel to agree on a ceasefire and end their three-week-long assault on the Gaza strip. On Monday, the UN Security Council released a statement urging an immediate ceasefire, while US President Barack Obama called his Israeli counterpart Benjamin Netanyahu on Sunday to explain the importance of urgently bringing an end to their Gaza offensive.

At least 1,035 people have been killed and over 6,000 injured in the Palestinian coastal enclave since Israel’s attacks began on 7 July, according to Gaza’s Ministry of Health. There have been more than 200 child casualties, according to UNICEF, who say two thirds of them have been under the age of 12. The UN Security Council released a statement calling for an end to hostilities to coincide with the beginning of Eid al-Fitr, which marks the end of the holy fasting month of Ramadan.

It expressed “strong support” for an “immediate and unconditional humanitarian ceasefire.”

The 15-member body also voiced “grave concern regarding the deterioration in the situation as a result of the crisis related to Gaza and the loss of civilian lives and casualties.”

Obama, for his part, told Netanyahu it is a “strategic imperative” to find “an immediate, unconditional humanitarian ceasefire that ends hostilities now and leads to a permanent cessation of hostilities based on the November 2012 ceasefire agreement,” which was brokered by Egypt.

He also stressed the need to “ensure the disarmament of terrorist groups and the demilitarisation of Gaza,” while reiterating “serious and growing concern about the rising number of Palestinian civilian deaths and the loss of Israeli lives.”

The Americans appear to be showing a modicum of frustration with Israel, resulting from scathing criticism of their top diplomat John Kerry. The US Secretary of State has returned home after spending several days shuttling around the region and coming up with a ceasefire proposal rejected out of hand by Israel.

The Kerry initiative, leaked exclusively in English by Middle East Eye on Saturday, included provisions to negotiate an end to the eight-year long punishing siege of Gaza while failing to mention the disarmament of Hamas or destruction of their network of tunnels.

On Sunday an editorial in Haaretz said Kerry was presenting Hamas “as equal to Israel”, while David Horovitz called him a “blithering fool” in the Times of Israel.

A senior American official has responded to the criticisms, calling them “offensive” in a conference call with Israeli journalists later on Sunday, according to Haaretz.

The official said “some of the reports contained overheated assertions that mischaracterised Kerry’s work and motivations. The criticism was extremely offensive. Mainly the charges [were] that he betrayed our closest ally in the region - Israel.”

The unnamed official went on to defend Kerry’s talks in Paris on Saturday with foreign ministers from Turkey and Qatar. He said that “both countries have influence and direct lines to Hamas, and this is the only way to reach a ceasefire.”

The official also restated that the US views Egypt as a key player in the ceasefire talks.

Hamas has previously rejected Egypt acting as mediator, saying they will only accept Turkey and Qatar as interlocutors.

Their leader, Khaled Meshaal, broadcast a speech on Sunday that restated the group’s position of refusing to coexist with Israel as long as it occupied Palestinian land.

“We are not actually fighting the Jews because they are Jews,” he said. “We fight the occupiers.” 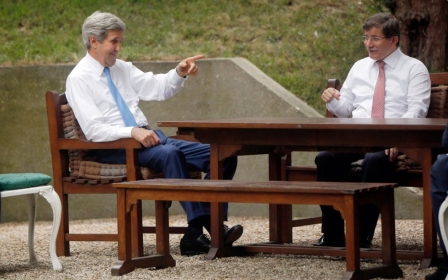 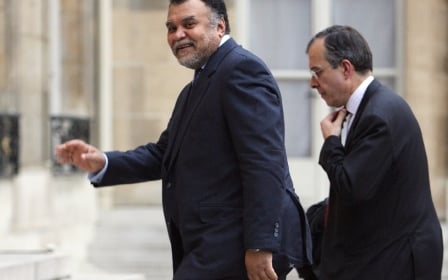