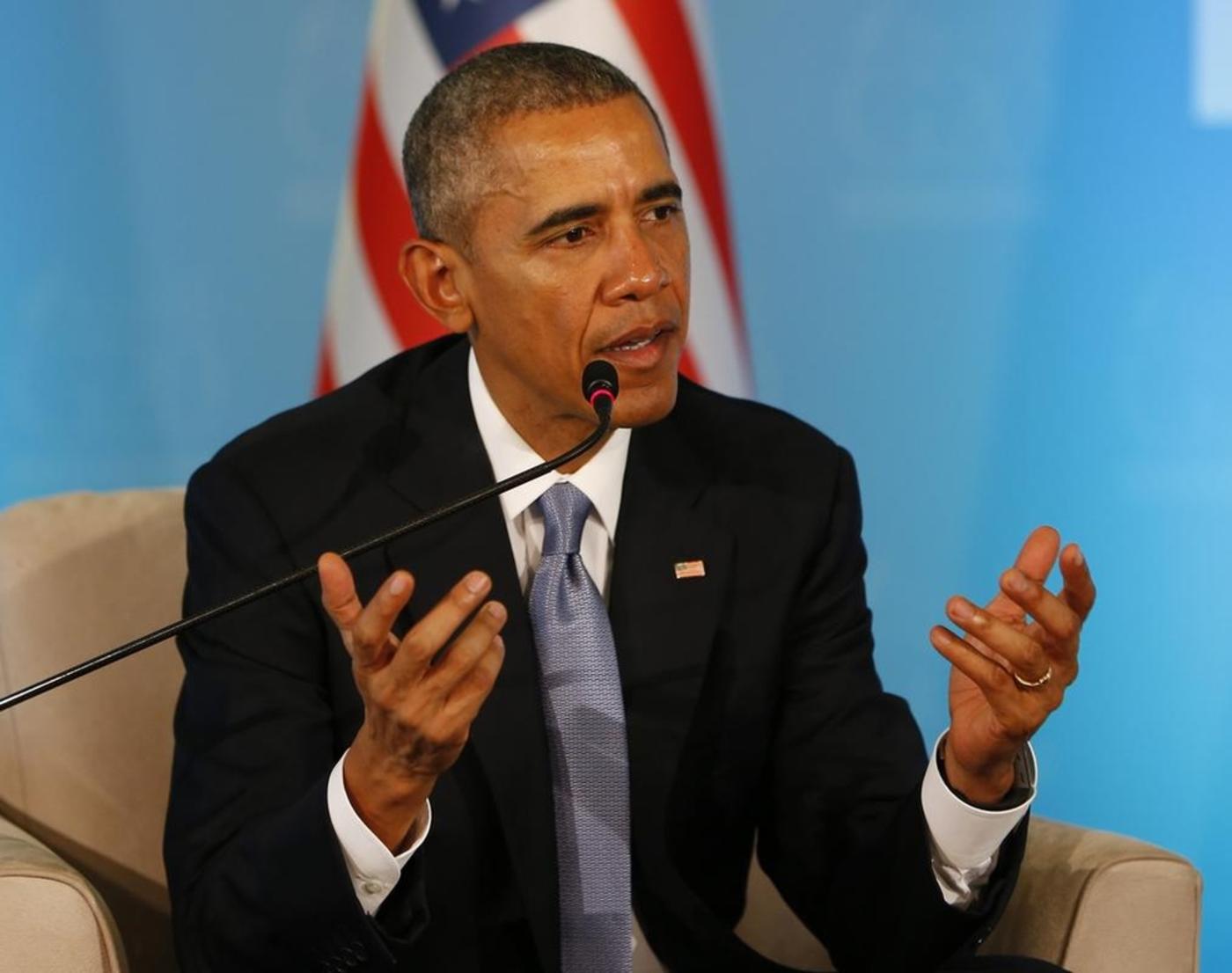 US President Barack Obama put the onus for upholding a ceasefire in Syria firmly on the regime and its Russian ally Thursday, warning Moscow and Damascus that the "world will be watching".

Hours before the Saturday cessation of hostilities comes into force, Obama huddled with his top national security advisors to plot the way forward and discuss the campaign against the Islamic State (IS) group.

"Everybody knows what needs to happen," Obama said, welcoming a partial ceasefire that has ravaged Syria for five years, killing 270,000 people and displacing more than half of the population.

"All parties that are part of the cessation of activities need to end attacks, including aerial bombardment. Humanitarian aid must be allowed to reach areas under siege."

"A lot of that is going to depend on whether the Syrian regime, Russia and their allies live up to their commitments," he said in remarks at the State Department.

"The coming days will be critical, and the world will be watching."

Many inside Obama's administration - as well as independent observers - express grave doubts that even a partial ceasefire can hold.

Obama said he was not "under any illusions" about potential pitfalls, but said the ceasefire could be a "potential step in bringing about an end to the chaos".

Bashar al-Assad has spent half a decade trying to suppress an armed rebellion, most recently with the help of Russian air power and Iranian ground forces.

Meanwhile, the rebels are splintered into a bewildering array of disparate religious, regional and ethnic groups, each with its finger on the trigger.

Obama reiterated that the ceasefire would not apply to the IS group and admitted that other groups, including those tied with al-Qaeda, would likely continue to fight.

"Even under the best of circumstances, we don't expect the violence to end immediately," Obama said.

"In fact, I think we are certain that there will continue to be fighting, in part because not only ISIL (IS), but organisations like al-Nusra that is not part of any negotiations and is hostile to the United States, (are) going to continue to fight."

Obama also reiterated his view that Assad should step down if a lasting peace is to be found.

That is a message that Russia and Iran have so far resolutely rejected.

"This is going to be a test of whether the parties are truly committed to negotiations," Obama said.

"It's clear that after years of his barbaric war against his own people - including torture, and barrel bombs, and sieges, and starvation - many Syrians will never stop fighting until Assad is out of power.

"There's no alternative to a managed transition away from Assad."

Crooks, not a caliphate

Obama also sought to show that a US-led coalition was winning the war against the IS group.

He cited territorial gains around Shadadi in Syria, a slowing in the arrival of foreign fighters and the targeting of IS's finances.

"They're continuing to squeeze ISIL's stronghold of Raqqa, cutting off highways and supply lines," Obama said.

"Raqqa is not the capital of a growing caliphate; it's increasingly under stress as ISIL territory shrinks," he said.

"More people are realizing that ISIL is not a caliphate; it's a crime ring." 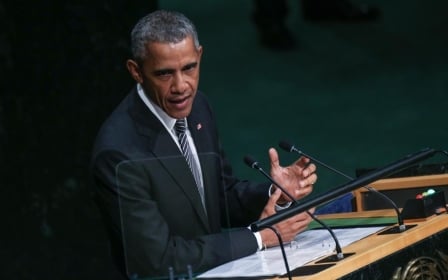 Libya Crisis
Obama vows to counter IS in Libya