Obama’s anti-IS tactics back in the line of fire 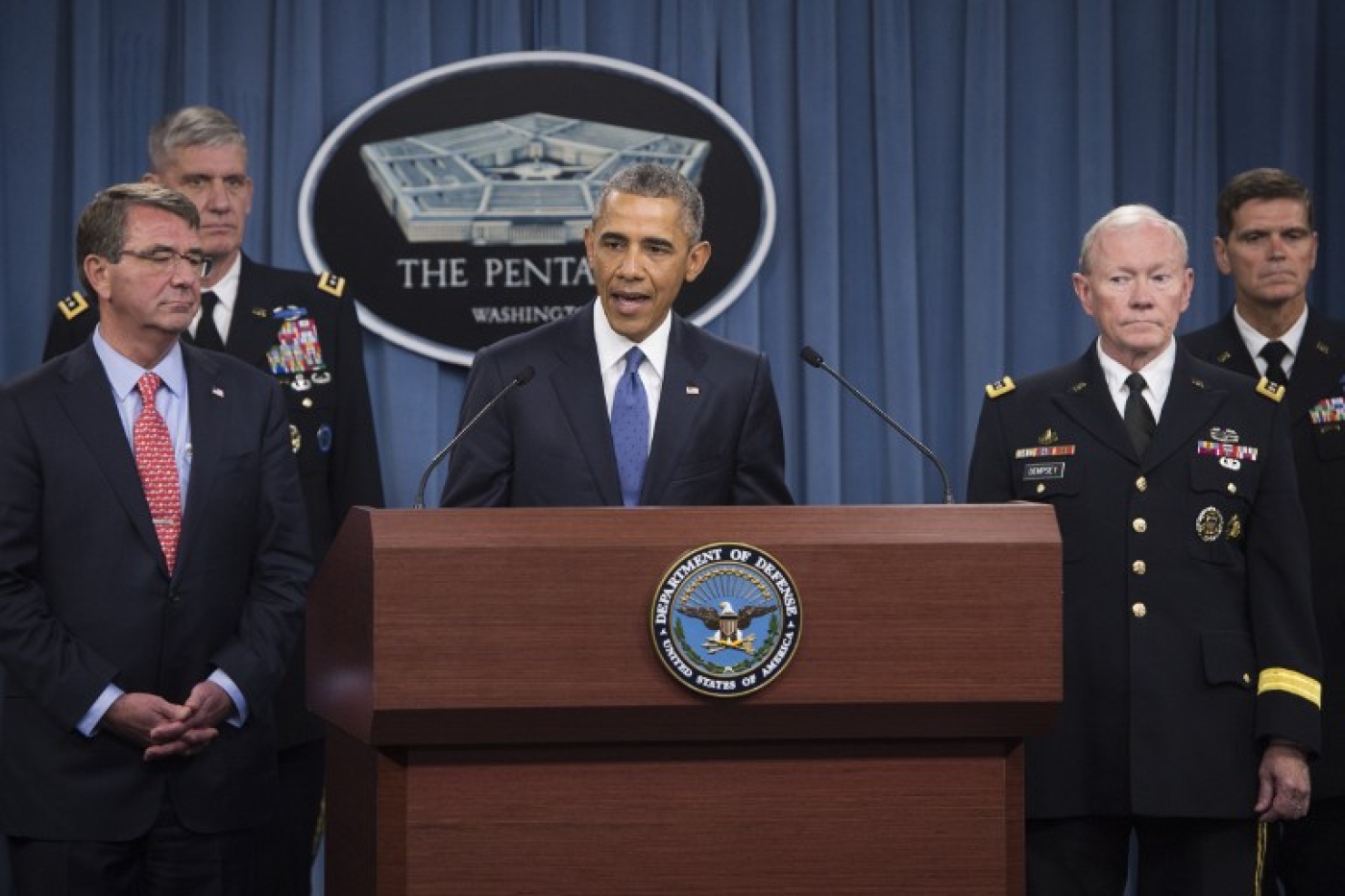 NEW YORK - US President Barack Obama’s strategy against the Islamic State (IS) group and his plan to train and arm Iraqis and Syrians in that fight faced mounting criticism on Tuesday amid deepening concerns about the conflict.

Addressing Congress, Defense Secretary Ashton Carter said that US efforts to train and equip Iraqi and Syrian forces against IS had only managed to reach a few hundred fighters across the two war-ravaged countries.

The situation is bleaker in Syria, where only 60 fighters are in training and 7,000 more are being vetted to ensure that militants cannot infiltrate the scheme. “This number is much smaller than we hoped for at this point,” Carter told the Senate Armed Services Committee.

Many potential recruits are deemed ineligible and some drop out of training, which is carried out in Jordan and Turkey. Other Syrians have little interest in Obama’s fight against IS and focus instead on toppling President Bashar al-Assad.

In Iraq, a recent deployment of US military instructors to al-Taqaddum Air Base has trained 800 Sunni Muslim fighters, has 500 in training and 500 more awaiting training, Carter said, with their sights set on retaking Ramadi, which fell to IS forces in May.

Overall, the 3,550 US troops stationed at six Iraqi locations have only received enough recruits to train 8,800 Iraqi and Kurdish Peshmerga soldiers and 2,000 anti-militant personnel. Another 4,000 are currently in training, Carter said.

More than 5,100 airstrikes have been carried out against IS since it launched a blitzkrieg attack from Syria into western and central Iraq in June 2014. They include 1,950 strikes in Syria, where coalition jets have recently intensified hits on the group’s self-declared capital, Raqqa.

But Carter noted that only 37 percent of sorties drop bombs when they are attacking IS mobile infantry units or unplanned targets.

Carter and Martin Dempsey, Chairman of the Joint Chiefs, fielded tough questions from Senator John McCain, the Republican chairman of the committee, who said that 60 US-trained fighters was “not a very impressive number” for the Syria campaign.

McCain called for deploying so-called joint terminal attack controllers (JTACs) on the ground in Iraq and Syria to guide pilots to targets – even though Obama eschews deploying US forces in combat roles against IS.

McCain, a Vietnam War veteran, accused Obama of a “disturbing degree of self-delusion”.

“There is no compelling reason to believe that anything we are currently doing will be sufficient to achieve the president’s long-stated goal of degrading or ultimately destroying ISIL,” he said, using an alternate acronym for the group.

Obama has brought together some 60 nations to defeat IS with US-led airstrikes backing Iraqi, Kurdish and so-called moderate Syrian ground forces. US officials say IS has lost about a quarter of its territory, yet it continues to make gains in western Iraq and central Syria.

US officials say some 10,000 IS fighters have been killed, but that leaves as many as 25,000 more standing and new fighters arriving daily from across the region and disaffected Muslims in the West enlisting via a slick online recruitment scheme.

All the while, IS has expanded with affiliates as far afield as the Caucuses and Nigeria. It has recently upped its game with attacks in Egypt's Sinai Peninsula, and also claimed the deadly bombing of a Kuwaiti mosque and a bloodbath on a Tunisian beachfront.

On Monday, Obama warned that the fight against IS “will not be quick” and described a “generational struggle” that involved soul-searching within Islam and better political prospects for Iraqis and Syrians living in the Sunni-majority regions under its control.

He promised to “do more to train and equip” moderate Syrians and to speed up supplies to Iraq. A Pentagon spokesman told Middle East Eye that this included “small arms, machine guns, mortars, radios, vehicles” and other gear.

The spokesman rejected criticisms for delays in vetting Syrian recruits. “This is going to be a long, deliberate process. It is not about the numbers. It’s the quality of Syrian fighters that we can train that is most important,” he told MEE.

“They’re overreacting to what’s happened before and are thoroughly vetting people in a very slow process,” Korb told MEE. “They want to create an effective fighting force, but have also learned that putting guns in the wrong people’s hand gives you problems down the road.”

Others, such as Christopher Harmer, a former US Navy officer, took a dim view of Obama’s strategy in Syria, where US-trained fighters are only a “fraction of a single percent” of the estimated 100,000 soldiers on the fragmented state’s battlefields.

“In Iraq, it will take a long time to rebuild the confidence of an army that is fractured and broken. The US has only taken a microscopic step in a marathon race,” Harmer, from the Institute for the Study of War, a think-tank, told MEE.

For Harmer, the problem is not just the strategy, but how Obama presented it.

“After 9/11, analysts agreed that we have to consider this a Cold War-type scenario that will take a long time to win, lasting three or four decades. But Obama talks about degrading and destroying IS, and we’re not doing that,” he told MEE.

“The US is really pursuing a strategy of light containment, that’s a long-term process. If we’re undertaking generational warfare, then the Commander-in-Chief should really explain that to the public and those who are doing the fighting.”