Old regime, army and civilians caught in struggle for power in Sudan

The country has passed through a marathon of events within just 48 hours, with the fall of a president and a military leader 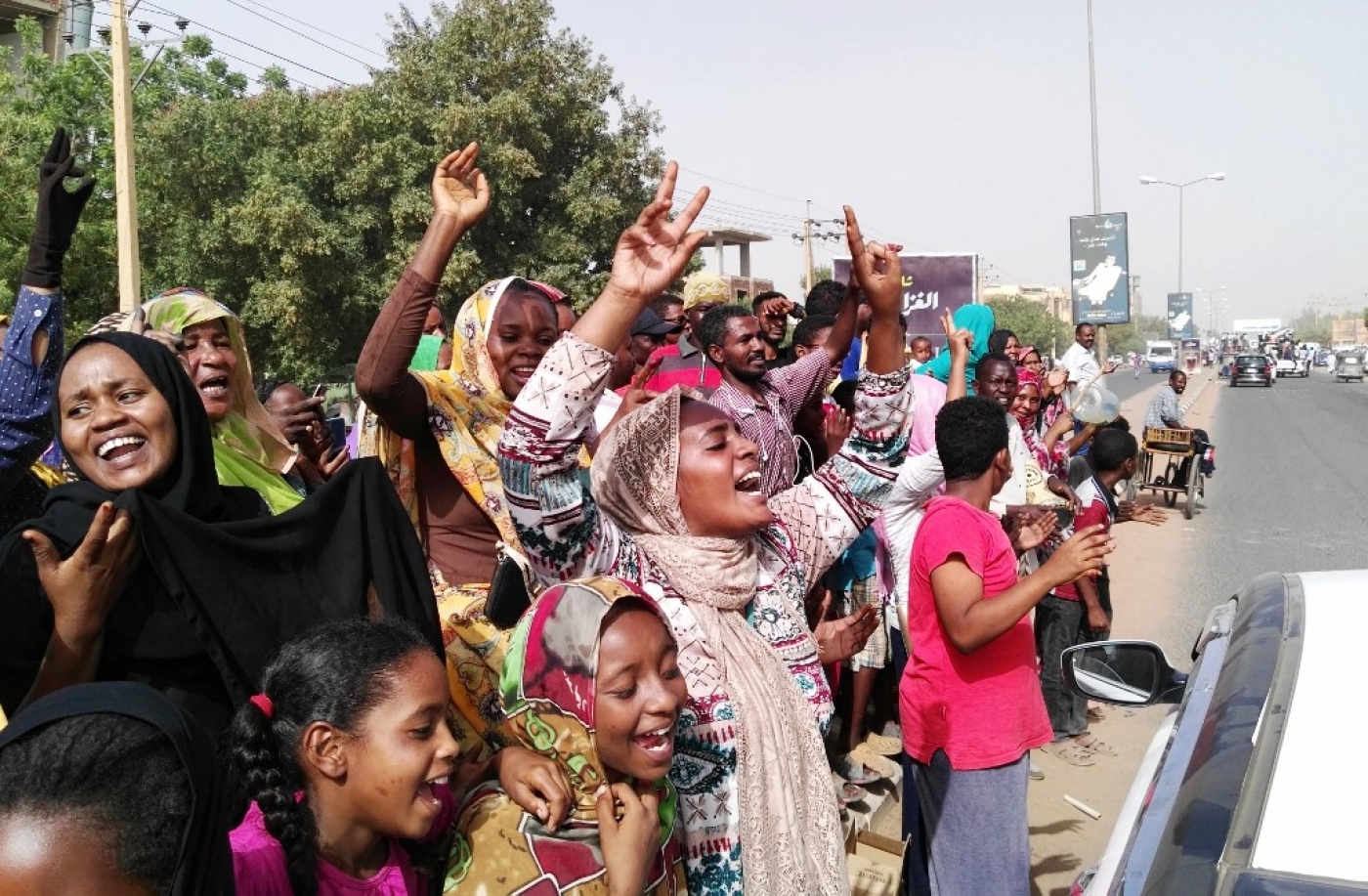 Sudan has passed through a marathon of dramatic political developments in the space of 48 hours, with the country witnessing the ousting of both a president and a military leader.

Following the overthrow of Omar al-Bashir on Thursday, Defence Minister Awad Ahmed ibn Auf held the role of leader of the Military Transitional Council for less than 24 hours, before bowing to protesters' demands for his resignation and handing power to Lieutenant General Abdel Fattah al-Burhan on Friday.

On Saturday, the shake-up continued with the country's new military rulers announcing that Salah Gosh, the head of Sudan's feared National Intelligence and Security Service (NISS), had resigned from his post.

Last month, Middle East Eye revealed that Gosh had held secret talks with the head of Israel's Mossad in Germany in February as part of a plot hatched by Israel's Gulf allies to elevate him to the presidency if Bashir was toppled from power.

Immediately after ibn Auf's resignation on Friday, thousands of people took to the streets of Khartoum, celebrating what they described as the victory of toppling two leaders in two days.

'One nation, one army'

In the square where protesters held a sit-in in front of the national army headquarters, people on Friday chanted "One nation, one army," raising the flags of Sudan and dancing and singing together with soldiers and officers until the morning.

Aisha Suliman told MEE she believed that what had happened was due in large part to the political legacy of the Sudanese people, adding that what remained now was to push for the handover of power to civilians.

Fellow protester Rooa Obaid told MEE: "Yes we won, but there are a lot of demands for accountability, for fighting corruption, enforcing the rule of law and stabilising peace in conflict areas."

"I think the chances now are bigger than ever before to achieve democracy, justice and equality for the entire country," Abdallah Faisal chimed. "We need to work hard to contain any counterattack by our enemies."

After being sworn in by the head of the constitutional court, Burhan called on the opposition to meet with the military council now running the country in order to form a new government.

In his first televised address as de facto leader of the country on Saturday, he said that a civilian government would be established following consultations with opposition forces, promising that the transitional period would last for a maximum of two years.

He also announced the lifting of a night curfew implemented by his predecessor and ordered the release of all prisoners jailed under emergency laws ordered by Bashir. 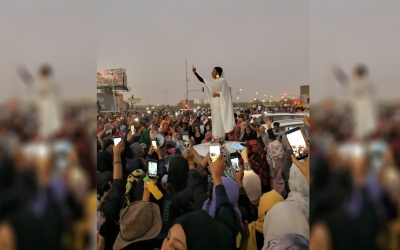 He also vowed to bring to justice individuals involved in the killing of protesters, as well as those from the toppled regime involved in corruption cases.

However, opposition parties and the Sudanese Professional Association (SPA) trade union were cautious about the developments, calling on people to stay in the squares until the regime handed power over to the civilians.

SPA spokesman Sara Ibrahim told MEE that people should stay on the streets until they had achieved all the demands of the revolution.

"We congratulate our people on this historical victory and the victory of our will, but we believe that the time for leaving the squares has yet to come - until power has been transferred to a civilian council within a clear transitional arrangement between the revolutionary forces in the army and the political parties," she said.

"We don't care about the changes of face of the symbols of the old regime, or their attempt to de-escalate the revolution, we are focusing on our demands and principles that we have known since we begin this revolution in December 2018."

'Sticking with our demands'

The SPA confirmed in statement on Saturday that it had received an invitation from the military council alongside the Change and Freedom alliance for talks in order to form a new government.

Satia Alhaj, a spokesman for the National Consensus Forces (NCF), which is part of the Change and Freedom alliance, said in a news conference in Khartoum on Saturday afternoon that a meeting between the alliance and the military council would begin that day.

Alhaj said that a team of ten members from the alliance was already headed for the military headquarters to begin the meeting with the military officers.

"We are still sticking with our demands and we will only go to submit our demands to the military council, not to negotiate with them, and during this period of time we will not leave the squares of the sit-ins until we achieve our goals," said Alhaj.

"We want the power to be transferred for civilians immediately, the army should protect this smooth transitional arrangement."

Faisal Mohammed Salih, a Sudanese political analyst, said that a lot of positives had been achieved until now with Bashir and some of his inner circle ousted from the scene.

However, the analyst said there were still a lot of fears, because the majority of the Islamist political movement and security institutions were still around. 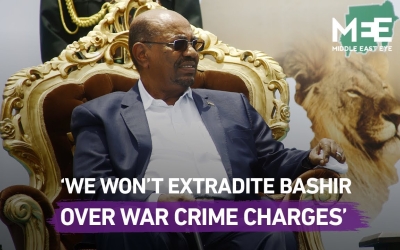 Salih said that the entire deep state of Bashir's National Congress Party (NCP) and the old regime was still there and that he considered it to be a direct threat to the stability and progress of the revolution towards its goals.

Burhan, like the recently departed ibn Auf and Gosh, stands accused of involvement in war crimes in Sudan's Darfur region.

Burhan also oversaw the controversial deployment of Sudanese troops in Yemen and had previously served as the commander of the army's ground forces.

On Saturday, Amnesty International called for the new military leadership to investigate Gosh's role in the killing of demonstrators during the protests against Bashir.

"It is crucial that Sudan's new authorities investigate Salah Gosh's role in the killings of scores of Sudanese protesters over the past four months," Amnesty said in a statement. 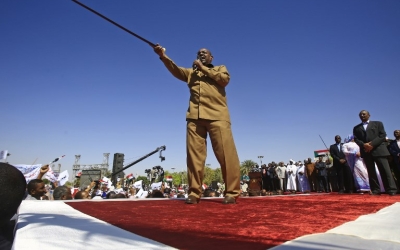 The rights group said "allegations of torture, arbitrary detention and other human rights violations under" Gosh's supervision of the intelligence service should also be investigated.

In a sudden move, the NCP released a statement on Saturday evening warning that the removal of Bashir and ibn Auf was an unconstitutional step by the army that may lead to serious consequences for the stability of the country.

The statement further called for the freeing of Ahmed Haroun, the acting chairman of NCP, and other leading party members from detention.

The fate, or whereabouts, of the NCP members is still unknown, and army sources contacted by MEE declined to comment. 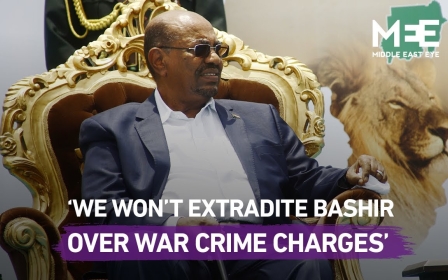 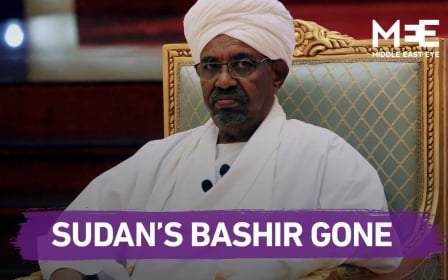 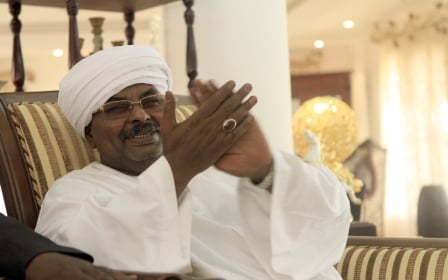