Sultanate negotiating with Kuwait, Qatar and Saudi Arabia for billions of dollars as it faces huge budget deficit Oman is negotiating with wealthy Gulf Arab states to secure a multi-billion dollar deposit in its central bank, two sources have told the Reuters news agency, although the Sultanate denied the report.

The sources, declining to be named because the matter is not public, said Omani officials had met in recent weeks with officials of the finance ministries of Kuwait, Qatar and Saudi Arabia to discuss the proposed deposit.

The talks are at an early stage but "signs so far are positive", said an Oman-based source close to the discussions. He added: "This can lessen the risk of devaluation."

A Qatari official confirmed that negotiations were under way, saying: "What is being discussed is in the region of billions of dollars. It is in the collective interest of the region to keep the exchange rate intact."

But Oman's finance ministry later denied the report, saying in a statement on Tuesday that the country had "sufficient reserves and there is no risk to the value of the Omani rial".

"There were no talks to discuss receiving a deposit of billions," the finance ministry added.

Officials of the finance ministries of Kuwait, Qatar and Saudi Arabia did not respond to telephone calls and emails requesting comment.

The proposed Omani deposit would be a fresh effort by the richer countries in the six-nation Gulf Cooperation Council to support the less wealthy members in order to prevent financial instability from spreading around the region.

The finances of all six countries have been hurt by the plunge of oil prices since mid-2014, which has slashed their export revenues. Oman, which lacks the huge oil and financial reserves of its neighbours, has been hit particularly hard.

This has caused speculation among bankers that Oman could eventually have to abandon its rial currency's three-decade-old peg of 0.3849 to the US dollar.

Since early 2015, the rial has depreciated in the forwards market as some banks have hedged against the risk of a devaluation, although the Omani currency has come well off forward market lows hit in early 2016.

The Omani central bank's net foreign assets rose 3.2 percent from a year earlier to $19.2bn in October, according to the latest official data. Oman is running a deficit on its trade of goods and services of nearly $13bn, the International Monetary Fund estimates.

The government is also believed to have about $40bn of assets in two sovereign wealth funds, according to private estimates, but it wants to avoid running these funds down as they generate long-term income and invest in industries that are strategically important for Oman's economy.

Geopolitics may contribute to any decision to go ahead with the Omani deposit. Last month Oman, traditionally on friendly terms with Iran, said it had joined a Saudi-led coalition of Muslim countries fighting terrorism, a move praised by other GCC states as closing ranks with them against Tehran.

The Qatari official said the Omani deposit would be separate from a pledge by wealthy Gulf states in 2011 to provide $10bn each to Oman and Bahrain to fund economic development projects in those countries over 10 years. A small fraction of that money has been disbursed so far. 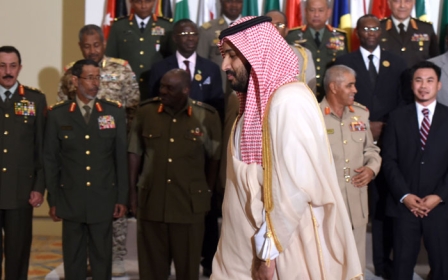 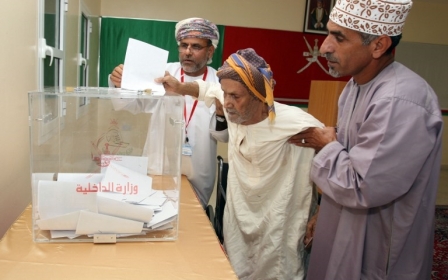