Osama bin Laden's son designated as 'global terrorist' by US

Dubbed 'new face for al-Qaeda,' Hamza bin Laden has called for attacks in Western cities, according to US State Department A son of late al-Qaeda head Osama bin Laden was added to the US counter-terrorism blacklist on Thursday, a move that will keep him from using the US financial system, the State Department said.

The US state and treasury departments said they had designated Hamza bin Laden as a global terrorist after he was declared a member of al-Qaeda by senior leader Ayman al-Zawahiri, according to the State Department.

Bruce Reidel, an analyst with the Brookings Institution think-tank in Washington, has called Hamza bin Laden a "new face for al-Qaeda" and "an articulate and dangerous enemy".

Ibrahim al-Banna, the leader of al-Qaeda in the Arabian Peninsula (AQAP), was also added to the list.

Any property owned by the two men and subject to US jurisdiction may be frozen, and US citizens are prohibited from engaging in any transactions with them, the State Department said. The designation is viewed as a powerful tool to deny them access to the US financial system.

Hamza bin Laden, who was born in Saudi Arabia and is in his mid-twenties, has called for attacks in Western capitals and threatened to take revenge against the United States for his father's killing, the State Department said.

He has threatened to target Americans abroad and urged Saudi tribes to unite with AQAP in Yemen to fight against Saudi Arabia, it said.

Osama bin Laden was killed by US special forces who raided his compound in Abbottabad, Pakistan, in May 2011.

Hamza bin Laden was thought to be under house arrest in Iran at the time, and documents recovered from the compound indicated that aides had been trying to reunite him with his father.

According to documents seized in Abbottabad and seen by AFP, the younger Bin Laden boasted to his father that he was "forged in steel" and ready for "victory or martyrdom".

"What truly makes me sad is the mujahidin legions have marched and I have not joined them," Hamza bin Laden wrote to his father in July 2009, according to an English translation provided by the CIA.

In recent years, the Islamic State (IS) group has surpassed al-Qaeda in notoriety and militant attacks.

In an audio message released on Thursday, Zawahiri denounced what he said was a dishonest propaganda campaign by IS against his organisation.

In the message found and translated by US-based watchdog the SITE Intelligence Group, the Egyptian extremist accuses IS leader Abu Bakr al-Baghdadi of slandering his group.

In his message, the 65-year-old Zawahiri complained that al-Baghdadi had alleged that al-Qaeda opposes sectarian attacks on Shias and was prepared to work with Christian leaders.

Zawahiri denied he had said that Christians could be partners in the governance of a future Islamic caliphate, having only said that they could go about their affairs within it.

And he insisted he had not called for Shia Muslims to be spared, but had suggested focusing attacks on Shia-led Iraqi forces and not on random atrocities against civilians.

IS and al-Qaeda have both carried out hundreds of attacks on civilian targets, but some al-Qaeda propaganda has called for less indiscriminate tactics. 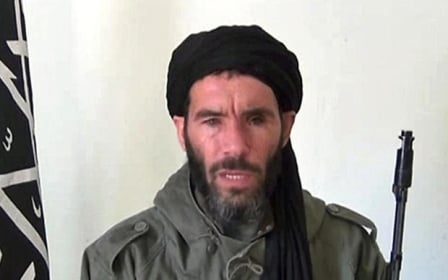