Over 5,000 Syrians died under torture by Assad forces: report

Syrian Network for Human Rights says 5,281 people have been tortured to death by forces loyal to Syria since the start of 2011 uprising 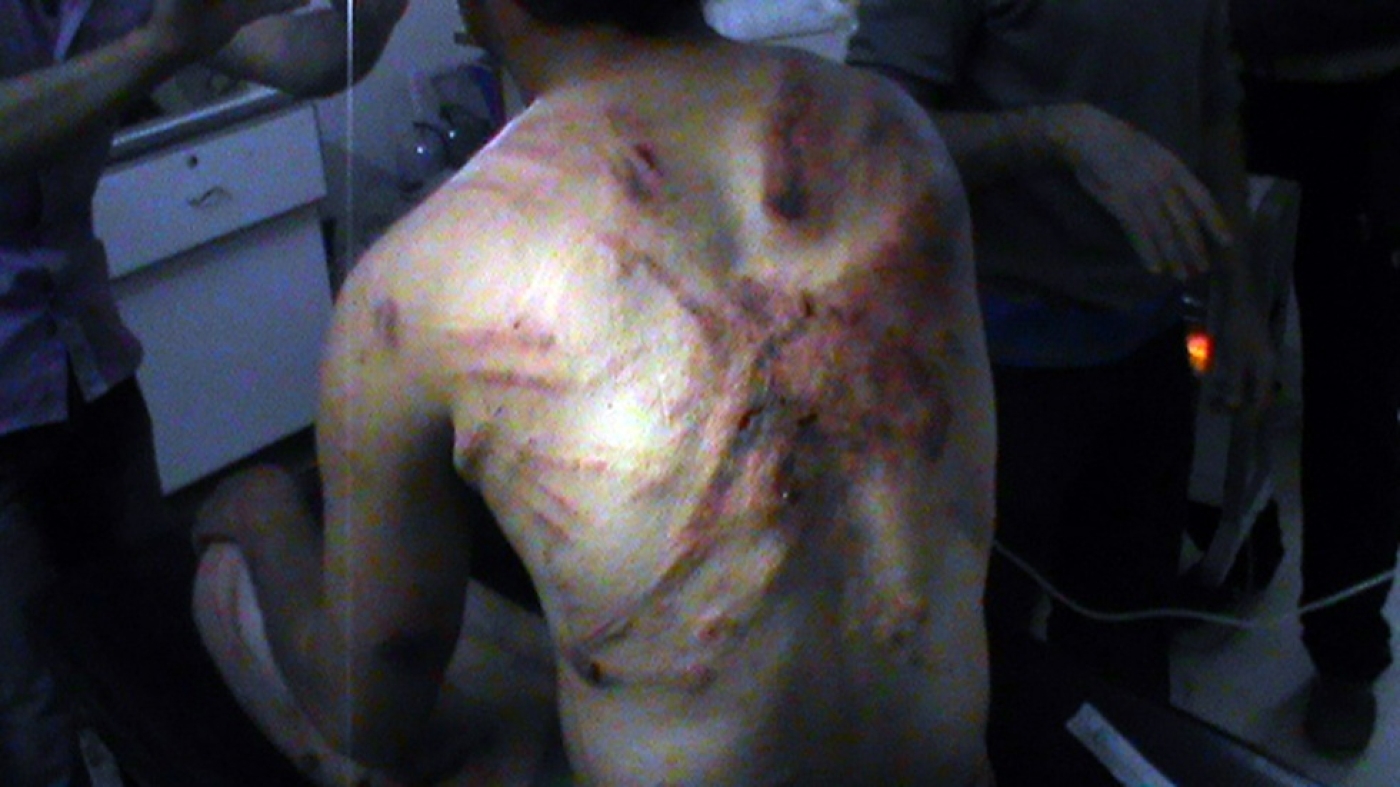 A Syrian man shows his injured back in the city of Rastan, north of the central resitive city of Homs on April 27, 2012 claiming that he was tortured by regime forces (AFP)
By
MEE and agencies

A report compiled by Syrian Network for Human Rights said 5,281 people have been tortured to death by forces loyal to President Bashar al-Assad in Syria since the start of an uprising against his autocratic rule in 2011.

The latest report issued Wednesday said the tortured include 94 children and 32 women, who died as a result of being tortured in jail.

It was stated in the report that 243 people were tortured to death in August alone.

Meanwhile, at least 53 people were killed in air and ground operations across Syria on Wednesday by forces loyal to Assad, according to the Network, who also reported army bombardment of field hospitals in opposition-held areas.

The Network, which tracks civilian and opposition casualties, said the Assad government's air and land operations Wednesday killed 16 in Deir ez-Zor, 12 in the suburbs of capital Damascus, seven in Idlib, six in Hama, five in Daraa, three each in Homs and Hasakah, and one in Aleppo.

Syria has been gripped by civil war since March, 2011. A recent UN report said more than 191,000 people are believed to have been killed in the country and more than 200,000 Syrians remain missing.

Last month, the Network reported that more than 133,000 people had been killed in attacks by pro-Assad forces alone.