Palestine – Chronicle of a Foretold Death A checkpoint at a road in Ramallah for Palestinians. Main highways are reserved for Israelis settlers (IPS)

Now that Washington has failed to reach an agreement between Israel and the Palestinian Authority (PA) in spite of Secretary of State John Kerry's recent strenuous efforts, a quick look at the roots of the Israeli-Palestinian conflict would suffice to conclude that the process leading to creating a Palestinian State living side by side with Israel had already been sentenced to failure 117 years ago.

Middle East analysts in Cairo and other Arab capitals have reached the unanimous conclusion that the 'suspension' of the Israeli-Palestinian talks and their postponement "sine die" has sounded the death knell for the two-state solution, which has been repeatedly advocated by President Barack Obama.

This assessment is shared not only by Arab analysts, but also by authoritative voices in the U.S., such as Emile Nakhleh, a former senior intelligence service officer in the Central Intelligence Agency.

In fact, in his OpEd for IPS, under the self-explanatory header: 'The Two-State Option is Dead: Time for New Thinking', Nakhleh says "The recent suspension of the U.S.-engineered Israeli-Palestinian talks signals a much deeper reality than the immediate factors that caused it. The peace process and the two-state solution, which for years were on life support, are now dead."

Nakhleh – who is also a research professor at the University of New Mexico, and author of ‘A Necessary Engagement: Reinventing America's Relations with the Muslim World' – adds: "It is time for the United States and the rest of the international community to stop the 20-year old quixotic effort to resurrect a dead ‘process' and to seriously begin exploring other avenues for Israeli-Palestinian coexistence between the Jordan River and the Mediterranean Sea."

Following is a brief chronicle of the foretold death of the two-state solution:

Under the guidance and chairmanship of Theodor Herzl, the founder of modern Zionism, and as a symbolic Parliament for those in agreement with the implementation of Zionist goals, the Congress gathered around 200 delegates from 17 countries.

Ten non-Jewish delegates attended but were expected to abstain from voting. That was perhaps the first concrete indication that the Congress was a strictly Jewish gathering, for Jewish participants, with an exclusive Jewish agenda.

The Congress formulated the Zionist Platform, and founded the World Zionist Organisation.

But it also adopted Hatikvah as its anthem, which later became the national anthem of the State of Israel, created almost 50 years after the Congress. That was a second, but no less important, indicator of such an exclusive Jewish agenda, which began to be steadily implemented in 1897.

The key issues on the 1897 Zionist Congress agenda were the presentation of Herzl's plans, the establishment of the Zionist Organisation and the declaration of Zionism's goals. More specifically, the version of the programme that was submitted to the Congress stated: "Zionism seeks to establish a home for the Jewish people in Palestine secured under public law."

The political programme, known as the Basel Programme, laid out Zionism's goals: "Zionism aims at establishing for the Jewish people a publicly and legally assured home in Palestine. For the attainment of this purpose, the Congress considers the following means serviceable:

1. The promotion of the settlement of Jewish agriculturists, artisans, and tradesmen in Palestine,

2. The federation of all Jews into local or general groups, according to the laws of the various countries,

3. The strengthening of the Jewish feeling and consciousness, and

4. Preparatory steps for the attainment of those governmental grants, which are necessary to the achievement of the Zionist purpose."

Theodor Herzl wrote in his diary (Sept. 1, 1897): "Were I to sum up the Basle Congress in a word – which I shall guard against pronouncing publicly- it would be this: At Basle I founded the Jewish State.

"If I said this out loud today l would be greeted by universal laughter. In five years perhaps, and certainly in fifty years, everyone will perceive it."

This is exactly what happened- fifty years after, the Jewish State was indeed founded.

Subsequent Congresses founded various institutions for the promotion of this programme, notably a people's bank known as the Jewish Colonial Trust, which was the financial instrument of political Zionism.

For the Fifth Zionist Congress, the Jewish National Fund was founded for the purchase of land in the Land of Israel and later the Zionist Commission was founded with subsidiary societies for the study and improvement of the social and economic condition of the Jews within the Land of Israel. The Zionist Congress met every year between 1897 and 1901, then except for war years, every second year (1903-1913, 1921-1939).

In 1942, an ‘Extraordinary Zionist Conference' was convened and announced a fundamental departure from traditional Zionist policy with its demand "that Palestine be established as a Jewish Commonwealth".

It became the official Zionist stand on the ultimate aim of the movement. Since World War II, meetings have been organised approximately every four years and since the creation of the State of Israel, the Congress has been held in Jerusalem.

And that was the concrete indication that the Zionist programme has already decided to establish Jerusalem as the capital of the Jewish State of Israel.

Membership in the WJC was declared open to all representative Jewish groups or communities, irrespective of the social, political or economic ideology of the community's host country.

The World Jewish Congress is supported by those communities and individual members who as concerned Jewish citizens want their voices to be heard on matters of concern to the Jewish people.

The WJC has special credentials and recognition at the United Nations and many of its institutions, commissions and sub-bodies. Its headquarters are in New York, and the organisation maintains international offices in Brussels; Jerusalem; Paris; Moscow; Buenos Aires, and Geneva.

This is an indication of the formal promotion of what is known as Israeli or Jewish lobbies, mainly in Western countries.

Besides, Jewish communities in 92 countries are directly affiliated to the World Jewish Congress. The last meeting of the WJC Plenary Assembly, attended by over 400 delegates from 62 countries, was held in Jerusalem in January 2009.

From all the above, it is evident that what happened on the Middle East stage, had been planned by the 1897 Zionist Congress. It would be the exclusive mission of the successive Israeli governments to find ways how to ensure its strict implementation.

In fact, the Jewish State of Israel has been created; all Palestinian territories have been occupied; Jewish settlements have been established on all of them; Jerusalem has been unilaterally declared as the capital of Israel, and the Jewish lobbies have been active everywhere to help further implement the Zionist Programme.

This programme has no room for an independent, sovereign, viable Palestine State as agreed by the international community since 1948.

In short, nothing else should have ever been expected but the present situation.

The current Israeli government led by Benjamin Netanyahu, in a correct fulfilment of its role in the Zionist Programme, has repeatedly heralded the real state of affairs – that is: no return to the 1967 borders; Israel for Jewish people only; Jerusalem is the capital of Israel only; full security for Israel only; no sovereignty to a Palestinian state; no return of Palestinian refugees, and no stop to Israeli settlements.

And this despite the fact that President Obama said on Sept. 23, 2009 at the UN General Assembly that "the time has come to re-launch negotiations – without preconditions – that address the permanent-status issues: security for Israelis and Palestinians; borders, refugees, and Jerusalem".

On other occasions as well, he stressed that "the goal is clear: two states living side by side in peace and security – a Jewish State of Israel, with true security for all Israelis; and a viable, independent Palestinian state with contiguous territory that ends the occupation that began in 1967, and realises the potential of the Palestinian people". 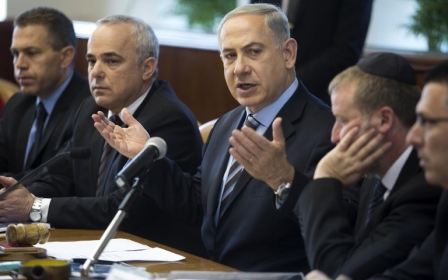 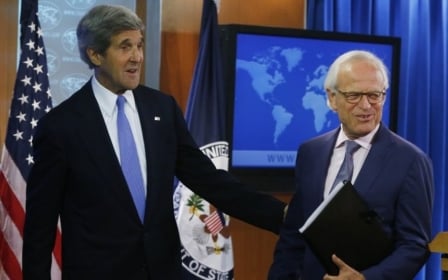