Palestinian cancer patient on deathbed after release from Israeli prison 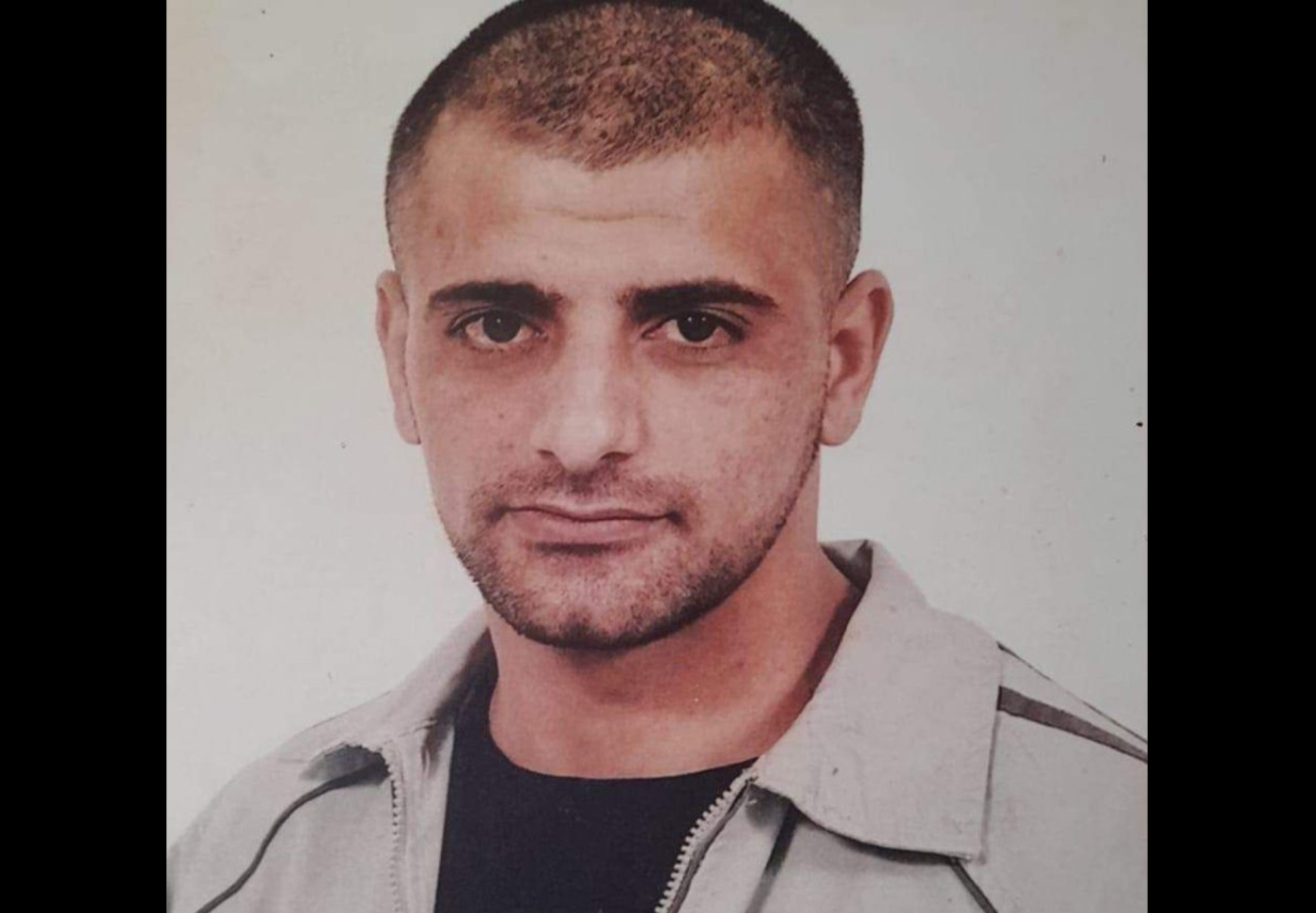 Hussein Masalmeh's family say he was gravely ill for two years before being released from Israeli prison (Twitter)
By
Akram al-Waara
in
Bethlehem, occupied West Bank

When Bilal Masalmeh, 34, dreamt of the day his older brother Hussein would be released from prison, he never imagined it would happen like this.

After spending close to two decades in the Israeli prison system, Hussein Masalmeh, 38, from the town of al-Khader in the Bethlehem area of the occupied West Bank, was finally released on Monday - just over a year before completing his 20-year sentence.

Instead of celebrating his release with his family and hundreds of well-wishers in his hometown, however, Masalmeh is currently lying in a critical condition in an Israeli hospital. Doctors say he may have just days to live.

Masalmeh is battling leukemia, as well as a severe lung infection and a number of other health issues, his brother Bilal told Middle East Eye. “His situation is really bad. It’s difficult for us to process this as a family.”

“It’s a bittersweet feeling,” Bilal said, sat in the family's living room, clad with Palestinian flags and photos of his brother Hussein back when he was healthy. “We are of course so happy and relieved that Hussein is finally free from the occupation’s prisons, but we can’t really celebrate because he is still fighting for his life.”

Photos of a sickly, critically ill Masalmeh lying in an Israeli hospital bed flooded Palestinian newspapers and social media on Monday. Many Palestinians expressed outrage over his condition as news of his release spread.

“When we saw his picture, everyone in the family just started crying,” Bilal told MEE, adding that he hadn’t been able to visit his brother in prison for years and had no idea - until seeing the photos - how bad his condition was.

“No one in the house could believe it. We couldn’t eat after that, and we haven’t been able to relax since,” Bilal said. “At this point we are just praying for him to survive.”

Hussein Masalmeh was arrested by Israeli security forces in 2002 at the height of the Second Intifada. Masalmeh, then just 19 years old, was arrested for participating in the uprising - along with hundreds of other young Palestinian men - and sentenced to 20 years in prison.

Over the years he has been transferred to a number of different Israeli detention centres, according to his family, the most recent being the Naqab prison in Israel’s southern Negev desert.

But despite multiple requests to see a doctor at a hospital, Masalmeh was repeatedly referred to the prison’s clinic, where he was given only basic painkillers and other over-the-counter medication by the prison doctor, according to Bilal.

Masalmeh’s family and representatives from the Palestinian Prisoner’s Society (PPS), a rights group, told MEE that he was never given a full medical exam.

Finally, after two years of undiagnosed health problems, he collapsed in late December, lying unconscious on the floor of the Naqab prison, surrounded by his cellmates.

“After much protest from the prisoners, the Israeli prison authorities agreed to transfer Hussein to the hospital,” PPS spokesperson Abdullah al-Zghari told MEE.

At the Soroka Medical Center in the southern Israeli city of Beersheba, doctors reportedly conducted a full examination on Masalmeh. It was then, Zghari said, that he was told he had leukemia.

“It’s difficult to say how long Hussein has had leukemia, but the progress of the cancer is very bad,” Zghari said, adding that other infections were exacerbating the disease.

“If the Israeli prison authorities had done their due diligence and conducted the proper tests and scans two years ago, when Hussein started getting sick, maybe we could have found the cancer earlier and he could have gotten the necessary treatment,” Zghari added.

Even after he was transferred to hospital in December, Masalmeh was handcuffed to his hospital bed, and was put under constant surveillance by armed Israeli soldiers - two inside his room, two outside.

Prior to his official “release” on Monday, Masalmeh’s parents were only allowed to visit him in hospital once, according to his brother Bilal and Zghari, after extensive coordination efforts from the International Committee of the Red Cross. His mother and father were allowed into his room individually, for only seven minutes at a time, and under the supervision of Israeli soldiers.

“That visit was devastating for my mother,” Bilal Masalmeh told MEE. “She couldn’t believe her eyes, seeing her son like that in front of her. She couldn’t even recognise him.”

When Israeli authorities announced Hussein's release from prison, his handcuffs were taken off, the soldiers left their posts, and he was able to receive visitors.

Bilal said that his brother was only freed after family lawyers filed several appeals. “I think Israeli authorities will try to make it seem like they released him as an act of benevolence or humanity,” Bilal said. “But this is absolutely not true. If it was up to them, they would have let him die in that jail.”

The attention surrounding Masalmeh’s case has shed new light on what some see as the systematic medical negligence of Israeli prisons, and the devastating effects this can have on the lives of Palestinian prisoners and their families.

Addameer, a Palestinian prisoners’ rights group, documents what it calls Israel’s “policy of deliberate medical neglect”, reporting that in the years between 2000-2008 it resulted in the deaths of 17 Palestinians in Israeli prisons and detention centers.

According to the group, the number of ill prisoners and detainees has increased over the years. As of 2016, there were 200 suffering from chronic illnesses, 25 from cancer, and 85 from various disabilities (physical, mental, psychological, and sensory), while another 25 prisoners permanently reside in the clinic of Ramleh prison, in central Israel.

Prisons are often overcrowded and unhygienic. Some are rife with insects and vermin, for example, or not equipped for the harsh climate of the Israeli desert.

What’s more, Addameer says that the “primary obligation” of Israeli prison doctors and medical staff employed by the Israeli Prison Service (IPS) “is towards the state and the Israeli security apparatus, rather than the patient”.

“These prison clinics and hospitals are not well equipped, and that is by design,” Zghari told MEE.

“Doctors often refuse to conduct necessary tests and scans to properly assess the health of the prisoners,” he said, adding that the group had documented the IPS’s routine failure to conduct yearly physical check-ups on prisoners.

Doctors can take up to three months to treat minor medical issues, such as toothache, Zghari said, by which time they have often worsened.

If a prisoner does get approval for treatment in an outside hospital, a rare occurrence, the drive there can often be gruelling, says Zghari. Sick prisoners are stopped and searched multiple times, and journeys in uncomfortable prison buses often take hours.

“Israel does nothing to hide this policy of medical negligence,” Zghari told MEE. “They have been doing it for decades, despite constant demands from human rights organisations to change their system and actually uphold the human rights that the Palestinian prisoners deserve.”

The IPS didn’t immediately reply to a request for comment by MEE.

Zghari said that Hussein Masalmeh’s case is not unique, and that there are hundreds of other sick Palestinian prisoners not receiving proper treatment from Israeli authorities. “There is nothing we can do about it,” he added.

“The Israelis let the Palestinian prisoners die a slow death, especially those that are sick. Sometimes their bodies are not even returned if they die in prison,” he said, adding that he believes Masalmeh was only released because he is already on his deathbed, and likely won’t make a full recovery.

“If he had access to medical treatment he wouldn’t be in this situation,” Bilal Masalmeh told MEE. “If he wasn’t at the hands of the Israeli occupation, maybe he would have a better chance at life.” 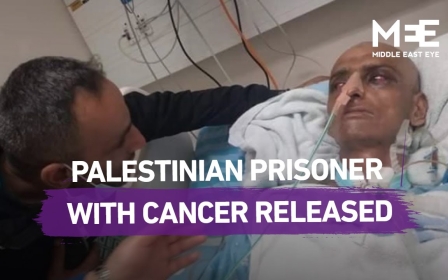 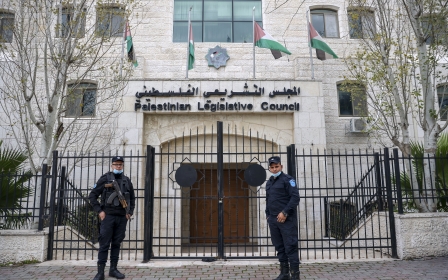 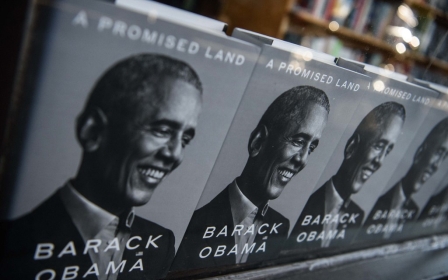